Locky Gilbert professed to have fallen in love with winner Irena Srbinovska on Thursday’s finale episode of The Bachelor, and it’s now quite clear, that he’s smitten.

The 31-year-old former Australian Survivor star warmly embraced Irena on a night out in Sydney on Friday, after finally being able to go public with their romance.

Locky passionately locked lips with Irena, 31, on an inner city street, and pointed to a sign on the wall that read ‘school of nursing’ – in a nod to her chosen career path. 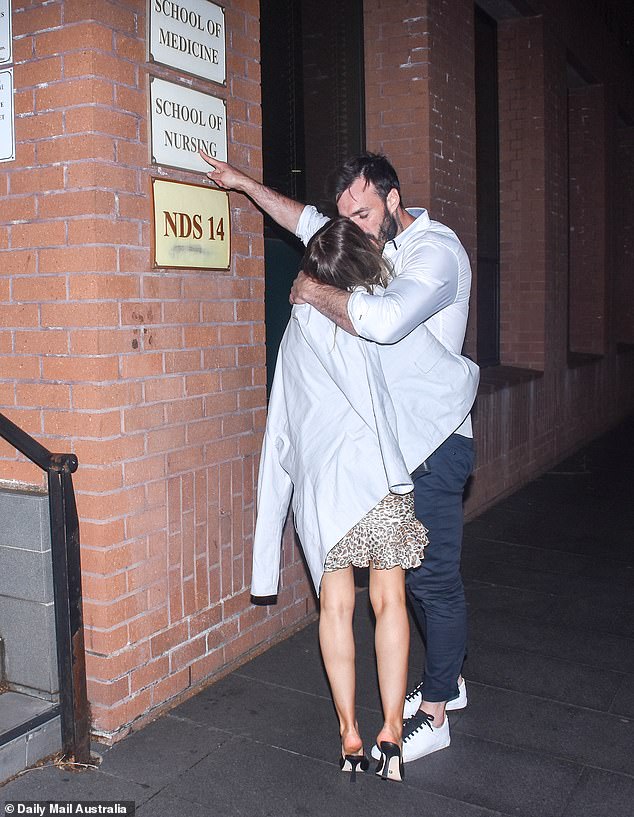 How’s your heart rate, Locky? The Bachelor passionately locked lips with Irena Srbinovska under a nursing sign in Sydney on Friday (pictured) – after FINALLY being able to go public with their newfound love

Locky was very much a gentleman on the night, giving the brunette beauty his grey suit jacket to keep her warm.

Irena showed off her leggy figure in a leopard print frock and black mule heels.

She styled her shoulder-length locks out, and enhanced her striking facial features with elegant makeup. 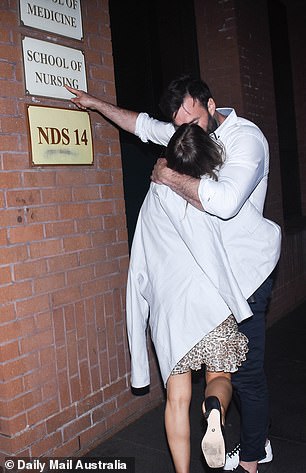 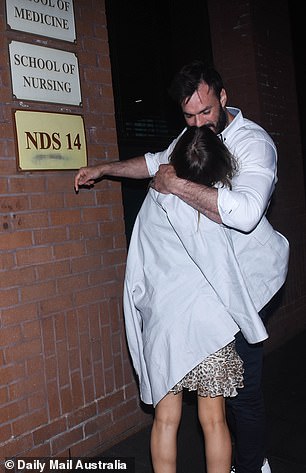 Gesture: Locky, 31, pointed to a sign on the wall that read ‘school of nursing’ – in a nod to her chosen career path 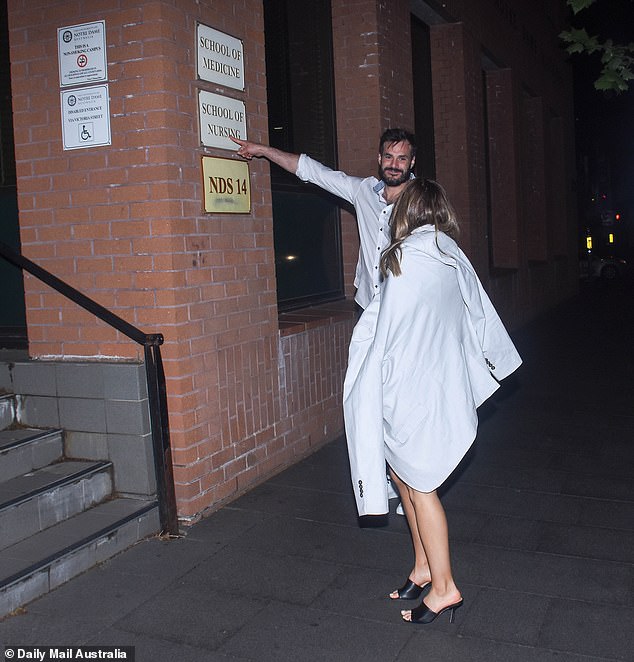 Thoughtful: Locky was very much a gentleman on the night, giving Irena, 31, his grey suit jacket to keep her warm

During Thursday night’s gut-wrenching finale, Locky told both Bella Varelis and Irena that he was in love with them – but then had the tricky task of sending one home.

After an emotional break-up with Bella, Locky composed himself and then professed his love for Irena, telling her he couldn’t wait to spend the rest of his life with her. 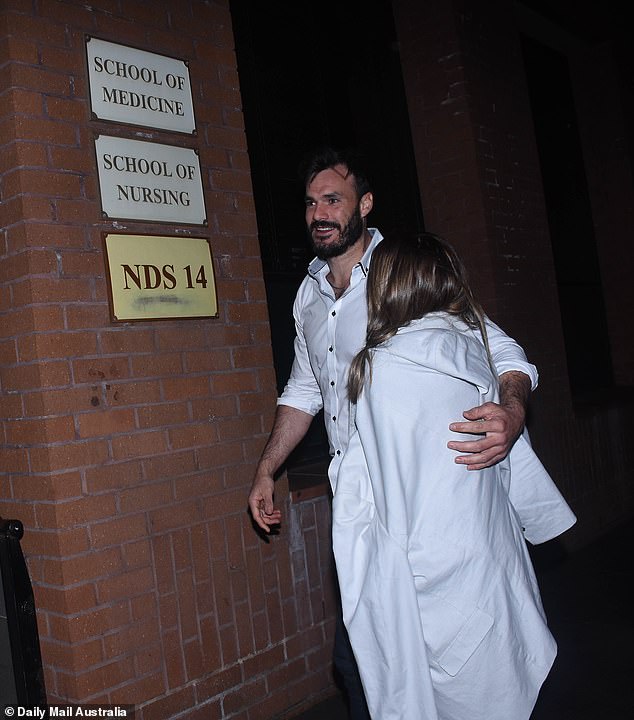 Smitten: The former Australian Survivor star could not wipe the smile off his face, while Irena gazed adoringly into his eyes 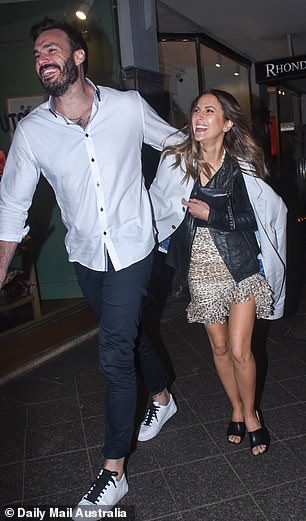 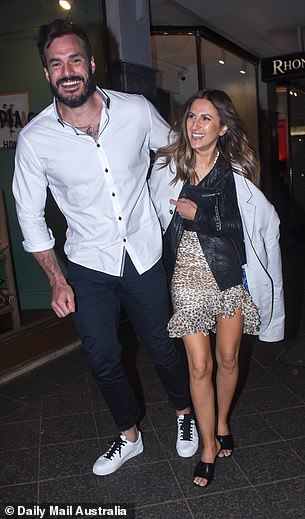 Her man: Irena, who cut a glamorous figure on the night, revelled in the company of her new beau 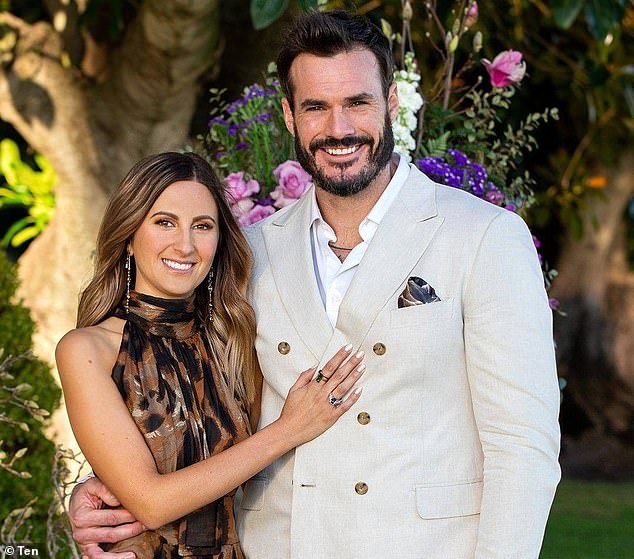 In love: Locky chose Irena as his winning contestant on Thursday’s finale episode of The Bachelor

In a new interview with Who magazine, the happy couple revealed the codenames they used to communicate with each other while the show was airing.

‘Mine was as simple as Roger Roger and it had a smiley face,’ Locky admitted, referring to the moniker he used to save Irena’s number in his phone.

‘And Locky was under Doug in my phone,’ Irena revealed.

‘Douglas is Locky’s middle name so that’s where I got it from and no one picked up on that!’ she explained. 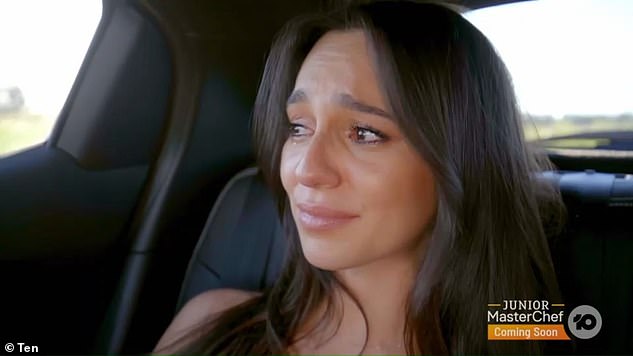 Devastated: However, before that, Locky had to send devastated runner-up Bella Varelis (pictured) home