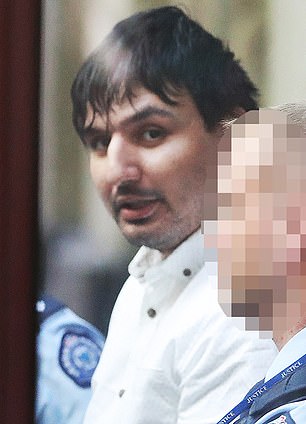 James Gargasoulas was jailed in February for at least 46 years

Gargasoulas mowed down 33 pedestrians on the packed strip in the central city on January 20, 2017 after evading police over a two-day period.

Baby Zac was being pushed in his pram by his mum when Gargasoulas ploughed into them, sending Zac 68 metres into the air to his death.

The inquest began last year and ran for 31 days and heard from 60 witnesses.

In handing down her 300 page findings on Thursday, Coroner Jacqui Hawkins provided a scathing assessment of how police had mishandled Gargasoulas leading up to the atrocity.

Police had been trying to capture him after the near fatal stabbing attack on his brother in Windsor.

On the day he would kill six people, police allowed Gargasoulas to drive into Melbourne’s CBD while they slowly trailed behind him in a convoy.

‘I find that once the offender was driving recklessly around the intersection of Swanson and Flinders Street and then headed west along Bourke Street … there was nothing further the operational police could have done safely,’ Ms Hawkins said.

The coroner said Victoria Police allowed all of the cards to fall in Gargasoulas’ favour.

‘Including a set of systemic deficiencies in the response of Victoria Police, that permitted manipulation by a single, dangerous and unpredictable offender,’ she said. 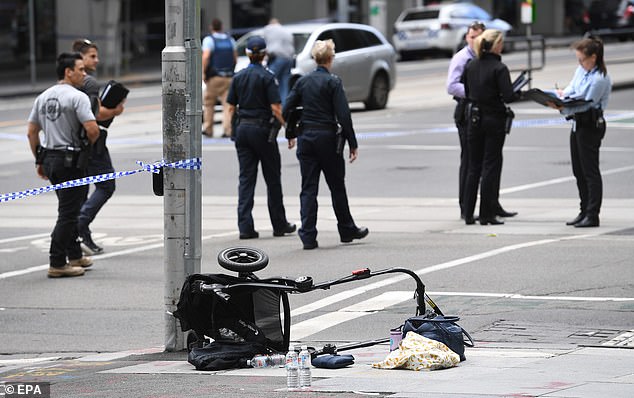 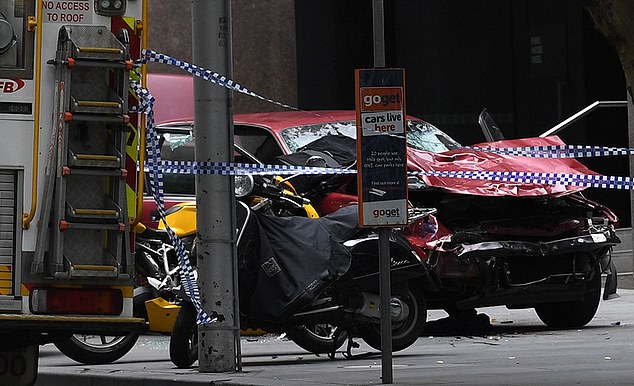 Gargasoulas fled in a stolen car (pictured) after stabbing his brother, police tailing him across several suburbs

Road Trip To Murder: What The Coroner Said

‘It is agonising that despite the escalating events of the previous days and the scores of police members actively engaged in attempting to stop him, such a violent, drug-fuelled, psychotic and delusional perpetrator was able to slip through the cracks and evade interception by police over several hours on 20 January 2017.’

‘Deficiencies included poor planning; a lack of assertive leadership, supervision and coordinated command and control; lack of adequate resources; inadequate communications between units across police radio channels; failure to follow up and action essential inquiries and resources, inflexible attitudes and policies; loss of objectivity; a staunch belief that negotiating with a delusional person was the best chance of bringing the incident to a conclusion; and, ultimately a reluctance to act assertively for fear of recrimination.’

Ms Hawkins lashed out at force command over a range of deficiencies, one of which saw police afraid to take down Gargasoulas out of fear of reprisals from their own bosses.

‘I agree with Assistant Commissioner  (Stephen) Fontana’s opinion that the fear of being disciplined paralysed some police members from taking more assertive action on the day. This issue has hopefully, in part, been addressed with the implementation of the new Hostile Vehicle Policy,’ she said.

Despite the findings, the coroner was unable to conclude the outcome might have ended differently had things been done differently.

‘I am unable to conclude that had any of these responses been different, that the catastrophic outcome could have been avoided,’ Ms Hawkins said.

‘My investigation starkly exposed the significant practical challenges of stopping a moving vehicle. Finding an appropriate means to neutralise offenders who use their vehicles, as a weapon, is incredibly difficult and options are limited.’

The court heard police had worked hard since the tragedy to rectify the clear errors of their previous ways.

‘Victoria Police has done much soul searching to ensure it is better equipped, and to provide individual officers with the support of the police command to be more decisive and able to respond differently if this kind of incident were to present itself again,’ Ms Hawkins said.

She has made nine recommendations aimed at preventing a similar rampage.

These include changes relating to the granting of bail.

‘It is agonising … such a violent drug-fuelled, psychotic and delusional perpetrator was allowed to slip through the cracks,’she said.

Gargasoulas was jailed for life in 2019

He will be 75 before he is eligible for parole after being sentenced in February to a minimum of 46 years behind bars. 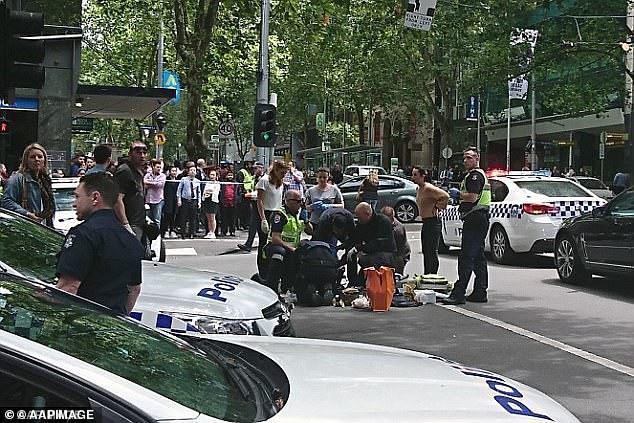 People attend to a victim on Bourke Street in 2017 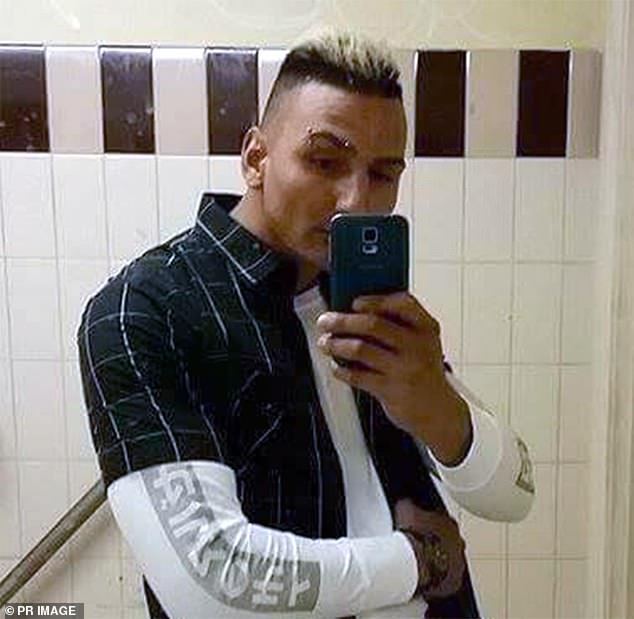 James Gargasoulas was jailed for life in 2019