David Jones has revealed its plans to reduce its operations by 20 per cent with stores near other branches first on the chopping block.

The department store chain has 47 locations in Australia and New Zealand, meaning that nine to ten shops could be closed.

A David Jones spokesman confirmed they plan on cutting 20 per cent of their floor space ‘including closing stores where this makes sense’. 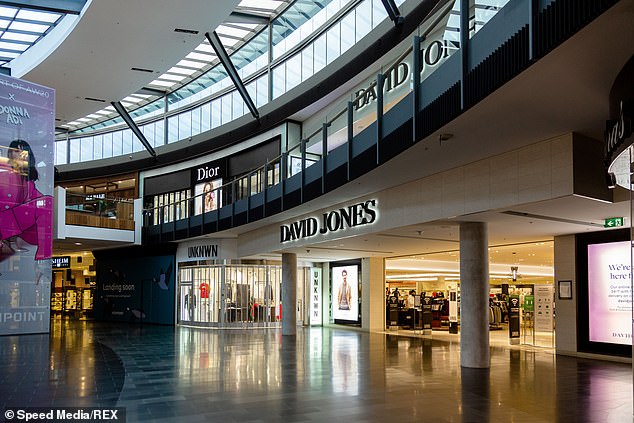 The David Jones store in Highpoint Shopping Centre in Melbourne. The national department store chain will reduce its floor space by 20 per cent, meaning that nine to ten stores could be closed down

The first store to shut down is one of two nearby David Jones branches on Bourke Street in the Melbourne CBD.

The smaller ‘men’s store’ was sold in July for $121 million and will be absorbed into the larger ‘women’s store’ across the road, along with the food hall.

David Jones is currently leasing back the men’s premises.

A spokesperson for David Jones would not reveal which stores would be shut down and said no closures are ‘imminent’.

He said jobs would not be lost even if stores were closed and that a 20 per cent cutback in floor space could also be achieved by downsizing stores.

‘David Jones will continue to optimise our store network and formats over time and this will take in a variety of options including right-sizing our existing stores, re-purposing floor space… and in some instances closing stores where this makes sense,’ the company spokesman said. 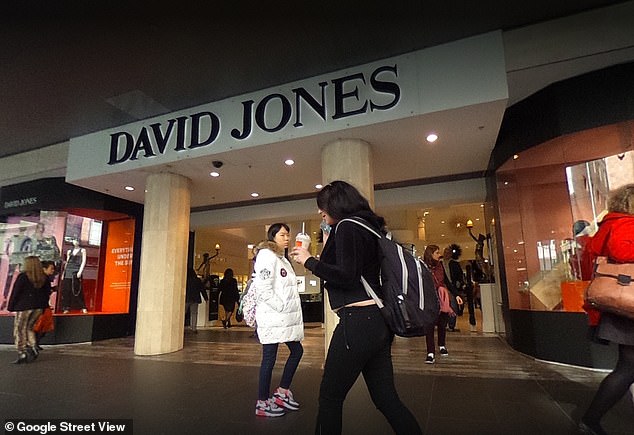 David Jones stores in Marion, Adelaide; The Glen, Melbourne; and Carindale, Brisbane have recently been ‘right-sized’ to make them smaller.

The company is also making a ‘comprehensive review’ of its David Jones Food business, which includes food halls and its first food store in South Yarra, Melbourne.

Meanwhile, the company is expanding its BP David Jones petrol stations from its current 12 to 30 by the end of the year thanks to roaring business. 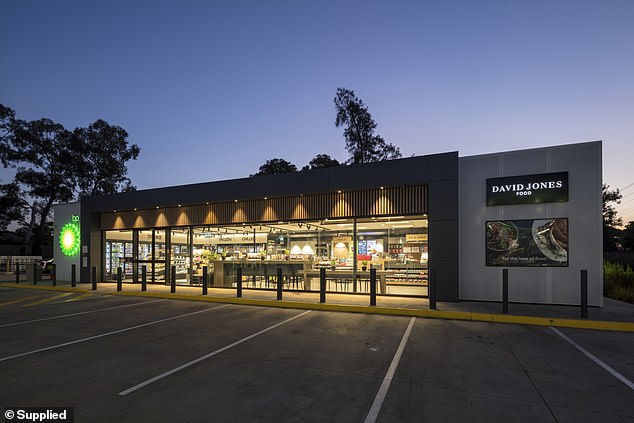 While foot traffic has plummeted, especially in locked down Melbourne, online sales have doubled due and now make up 14 per cent of all sales.

Woolworths holdings CEO Ross Bagattini said David Jones will close 20 per cent of its stores within the next two years last Thursday.

‘There’s no doubt we have too many stores for what I think our business purpose is in Australia,’ he told the Sydney Morning Herald.

‘It is overstored… and I would expect to see a level of reduction coming through.’ 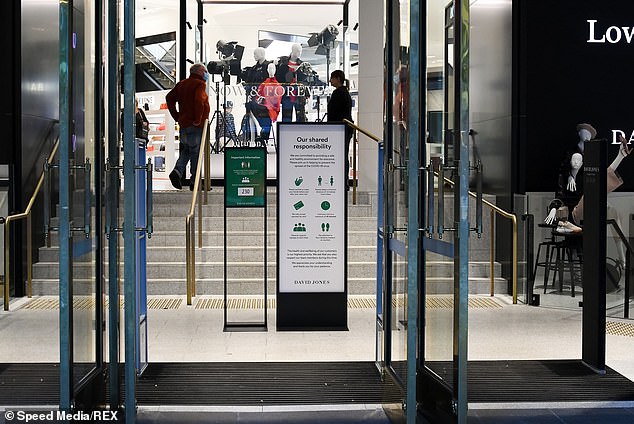