Hundreds of eager shoppers queued early outside the new supermarket at Chullora Marketplace in Sydney’s southwest on Wednesday morning.

Footage has been shared of the moment the shutter doors opened for the first time with the blaring of Middle Eastern music, followed by a band of Lebanese drummers urging shoppers to join the elaborate celebrations.

The surprise performance from a local group continued in store for at least several minutes with the drummers surrounded by hordes of shoppers and staff filming the festivities. 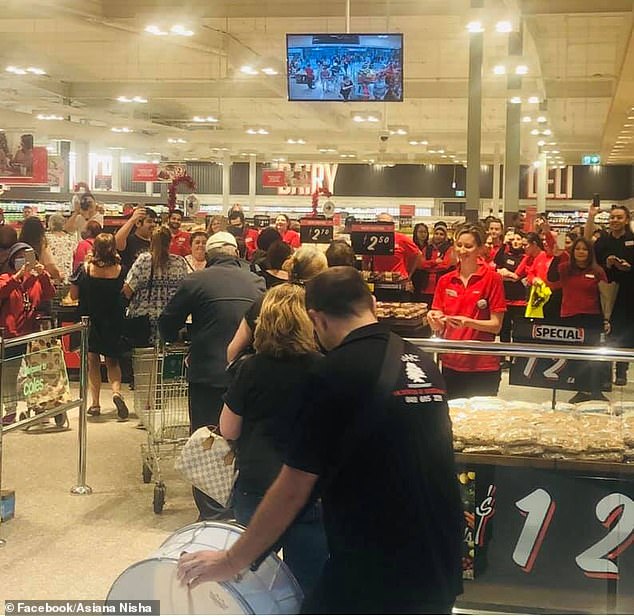 An official ceremony featuring indigenous performances, speeches, cake and ribbon cutting was also held as shoppers hit the aisles for the first time.

‘Fully stocked shelves, new trolleys with ’round’ wheels, ‘super’ friendly staff (and plenty of them) aisles where three trolleys can pass,’ one woman later posted.

About 130 staff will work at the Coles store, which joins rival supermarket giants Woolworths and Aldi at the centre.

The new store has been tailored to the local Middle Eastern community, with an extensive range of Middle Eastern foods, Halal meats and Halal hot grilled chickens.

‘The opening of this store has been a long time in the making, and we are really pleased that not only can we bring an elevated shopping experience to the local community, but also boost employment in the area,’ Coles Chullora store manager Ali Abou Ali said. 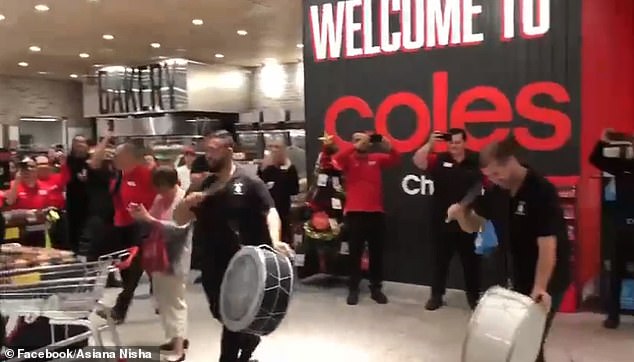 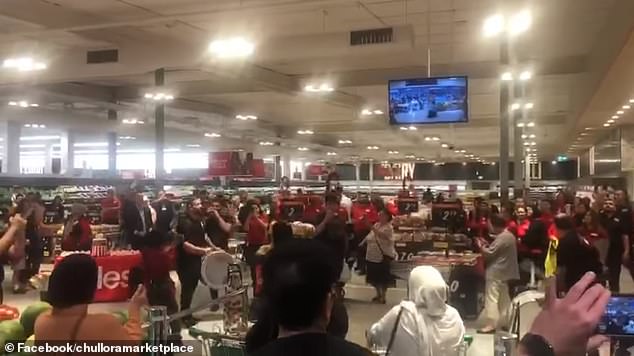 ‘For some, it’s their first ever job, and as we recover from a difficult year for many, we are pleased that Coles can do our bit to help those who need it.’

The store opening has been a controversial one for the local community which was outraged over the closure of Big W at the shopping centre earlier this year.

‘Needed another supermarket. Not, one woman commented on Facebook earlier this week.’

Another added: ‘Coles and Woolworths are practically the same, Kmart or target would have been more beneficial.’ 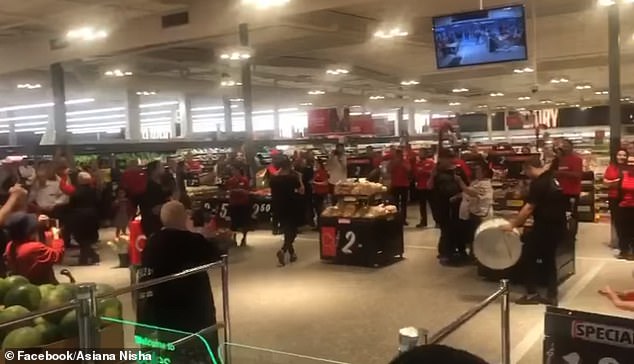 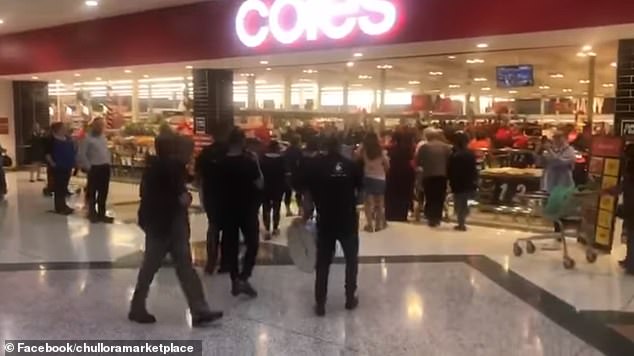 The celebrations were a hit with most online viewers, but others thought it was over the top.

‘Seriously all this just new opening of Coles?’ one man commented.

Some questioned the lack of Covid-safe practices.

‘Social distancing at its best in this area,’ one woman wrote.