This is the moment a hunter and his father encountered a female bear who stood up on her hind legs to protect her three cubs.

Justin Giesbrecht and his father were planing to hunt deer outside Edson, Edmonton in Alberta, Canada on October 31.

Mr Giesbrecht and his father were still in their pick up truck when the bear family strode into view. 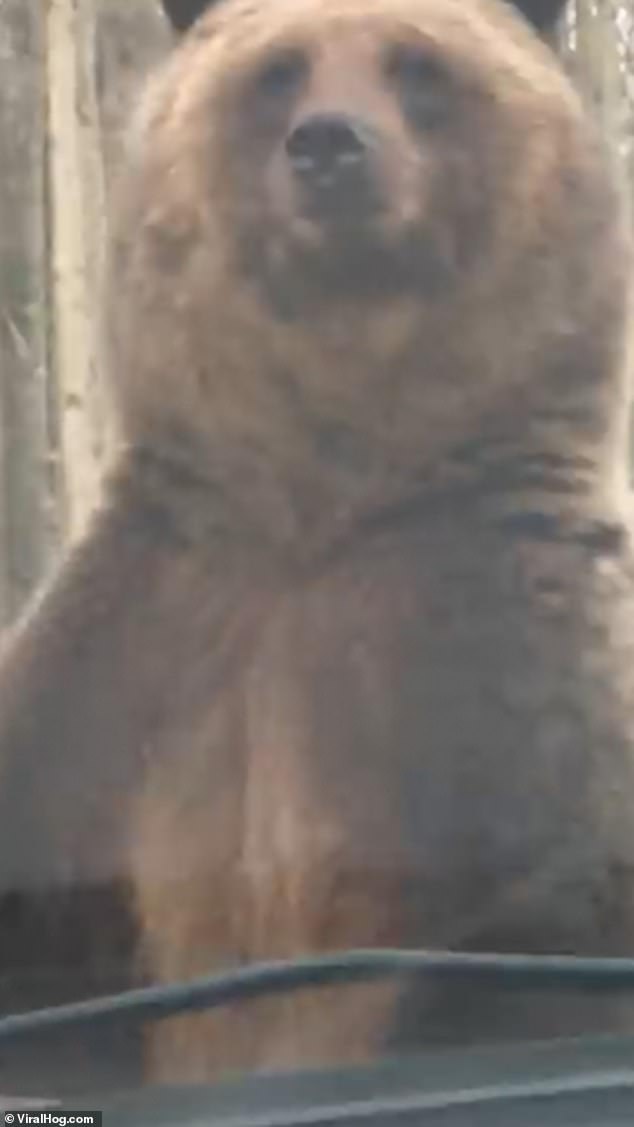 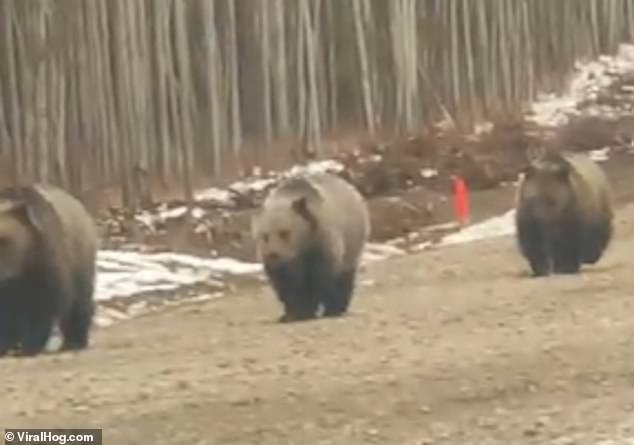 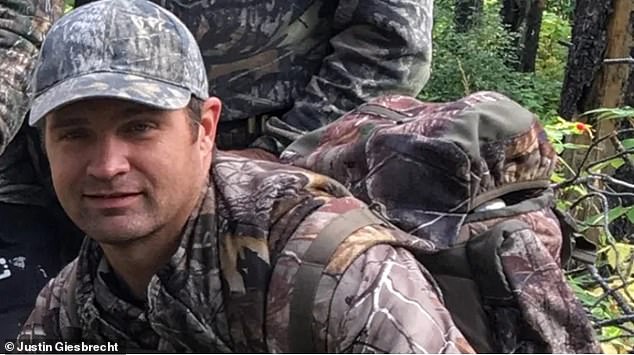 Hunter Justin Giesbrecht, pictured, was on an expedition with his father in Edson, near Edmonton, Canada when they saw a large female bear and her three cubs 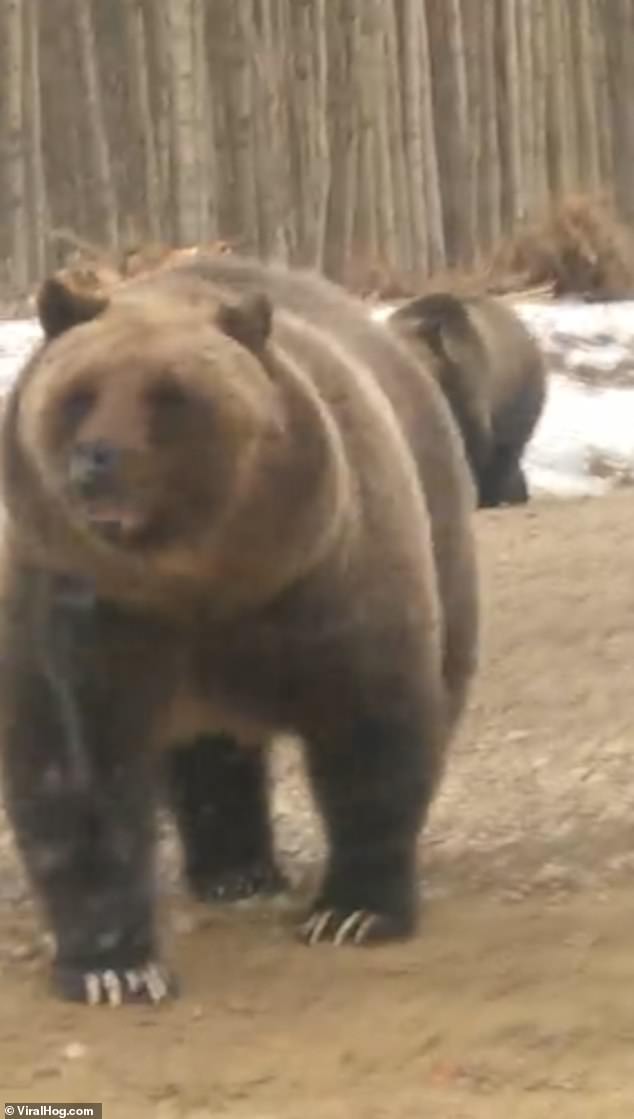 After a few moments, the female bear ambled over towards the truck and stood up to her full eight-foot height in an effort to intimidate the two men.

Mr Giesbrecht said: ‘We were out hunting deer. We left the area out of respect for the grizzly family.

According to CTV News: ‘We parked and decided to go in for a hike and see what we could find, but the moment I got out, I could see the mother bear came. So we were like, “Uhhh, let’s hold on a minute here”, and then three cubs popped out, and we were like, “Well, we’ll stay in the truck and see what happens.”‘

After spotting the bears, Mr Giesbrecht pulled out his camera phone and started filming.

He said: ‘I’ve seen a lot of grizzlies, but not with three healthy cubs like that.

‘All of a sudden she goes to the front, disappears. I thought she was just going to walk by, and then all of a sudden, whoa! She just caught me off guard. It was amazing to see.’

He told Yahoo News: ‘It was an awesome experience for sure,” he said. “And you can’t really see it in the video. But my truck was kind of parked in the ditch so the front end was actually up really high. She’s a lot taller than the video shows. So I was just like, whoa!’

However, the presence of the bear disrupted the planned hunting expedition.

He added: ‘You could tell the deer were quite agitated and they were running around in circles. So I didn’t think it was a good idea to try and go after them after that.”.

Usually with grizzly bears, once they hear a shot, they’ll come investigate. And given that they have three cubs to feed. They’d probably take over quite fast.’ 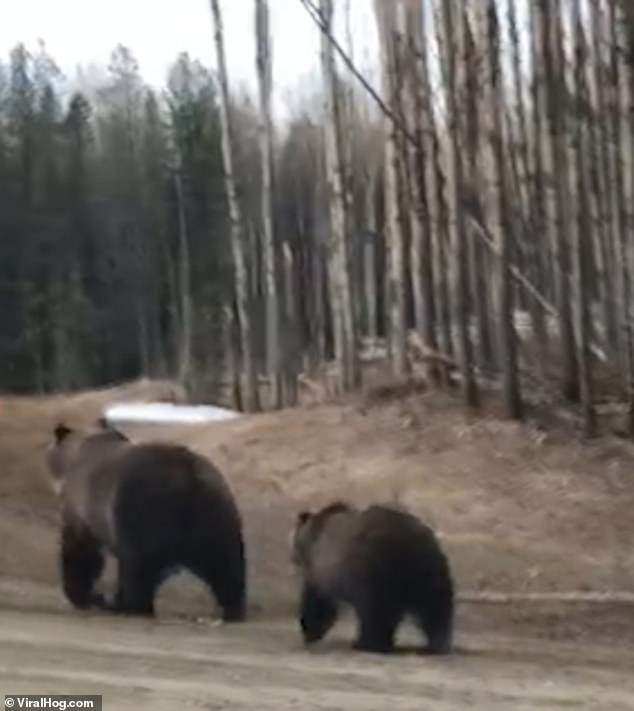 Giesbrecht waited for the bears to walk off before leaving the area, abandoning plans to go hunting