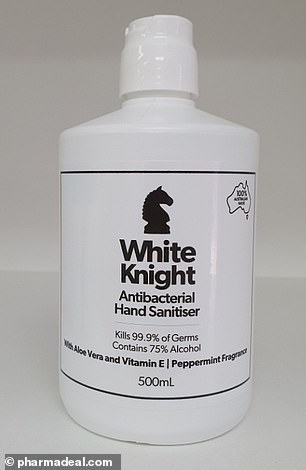 A hand santiser sold at United Petroleum stations will be pulled from shelves after it was discovered it didn’t have enough alcohol content to be effective.

Consumer group CHOICE conducted its third round of tests on hand sanitiser brands to discover whether the products met the 60 per cent recommended alcohol threshold.

White Knight Hand Sanitiser’s 500mL bottle was the only one of the 29 products tested that did not meet the standard.

It is only the second product CHOICE found during three rounds of testing that does not meet the standard.

The hand sanitiser only contained 52 per cent of alcohol despite labels claiming it had 75 per cent.

‘We contacted the distributor of the product, White Knight Sanitation Pty Ltd, an associated company of United Petroleum, to ask them for comment,’ CHOICE said.

‘They told us that the product was manufactured by Teddie Group Pty Ltd, who had been contracted to produce White Knight’s hand sanitisers.’

The product is in the process of being pulled from the shelves at United Petroleum outlets and testing of the sanitiser is being undertaken. 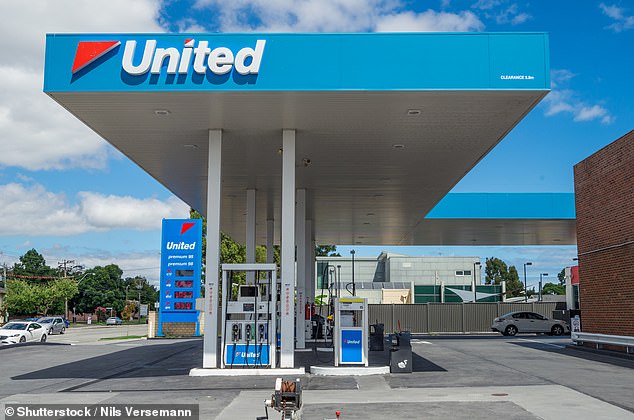 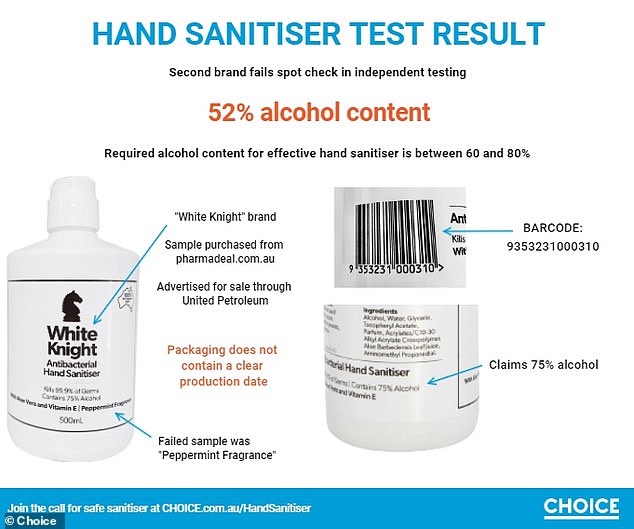 The maker of the hand sanitiser is standin by their claim that White Knight contains 75 per cent alcohol, despite CHOICE’s findings

‘They also told us they had previously cross-checked the volume of ethanol supplied against sanitiser produced by the manufacturer, and found it was consistent with the information provided by the maker. They also spoke to Teddie Group after learning of our results, who stood by their claim that the product contains at least 75 per cent alcohol,’ the investigation said.

The investigation is part of CHOICE’s campaign for more government regulation of the alcohol content in hand sanitisers.

The consumer watchdog wants hand sanitisers to contain at least 60 per cent alcohol, labels that are easy to understand, and spot testing to make sure the labels on bottles accurately describe the contents.