A hoon taking two teens to their Year 12 formal in a 1974 Holden Torana has been charged after losing control of the car while doing burnouts and skidding into a cafe.

The driver, 44, was showing off the rare car to the graduated students by performing burnouts about 4.50pm on Wednesday at Moffat Beach on Queensland‘s Sunshine Coast.

Shocking footage allegedly shows the man doing burnouts on the busy strip before skidding out of control and ploughing into Moffat Beach Brewing Co cafe.

Luckily, metal bollards installed by the council outside the cafe bore the brunt of the crash and flipped the car on its side. 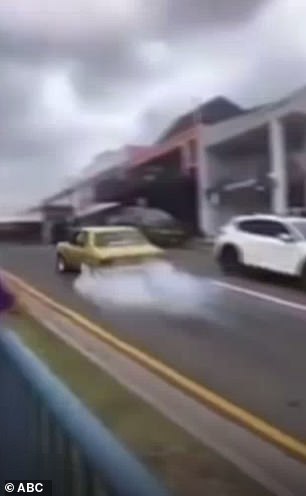 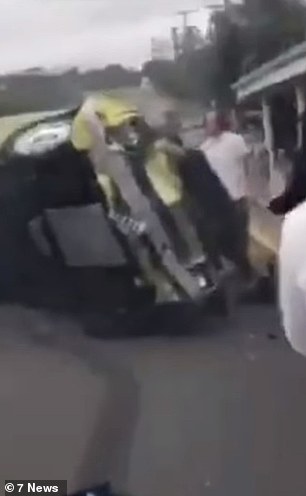 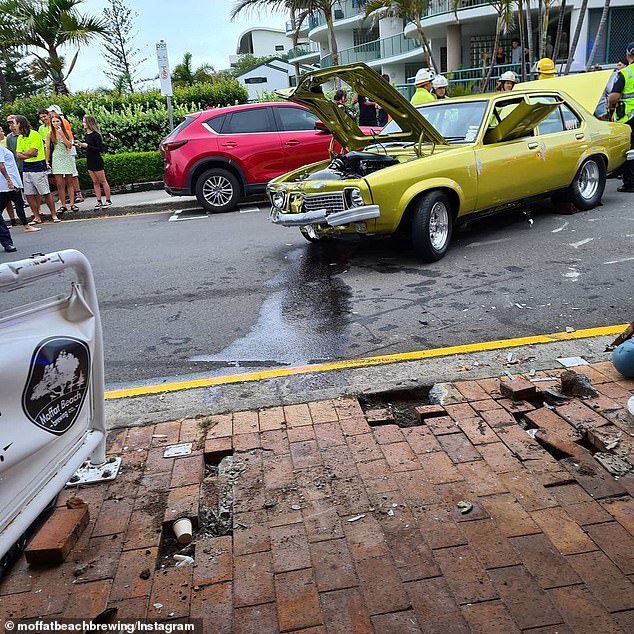 A 52-year-old diner who was caught up in the carnage suffered a broken leg while his wife was left ‘extremely shaken’.

Both were taken to Sunshine Coast University Hospital where they remain in a stable condition.

Police have since seized the man’s vehicle and charged him with one count of dangerous operation of a vehicle.

He is due to appear in Caloundra Magistrates Court on December 9.

The cafe’s owner, Matt Wilson, said the driver was lucky to not have killed anyone as there were at least 20 to 30 diners in the outdoor area.

‘It was kind of like a bomb went off — everyone was scattered, there was broken glass everywhere and everyone was panicking because of the two people on the ground, but everyone was in disarray — they were everywhere,’ he told ABC. 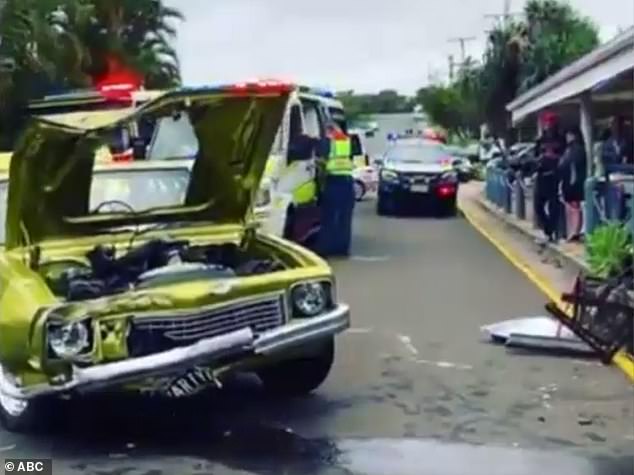 A 52-year-old man dining at the cafe suffered a broken leg, while his 49-year-old wife was left in shock (pictured: the car after crashing into the cafe) 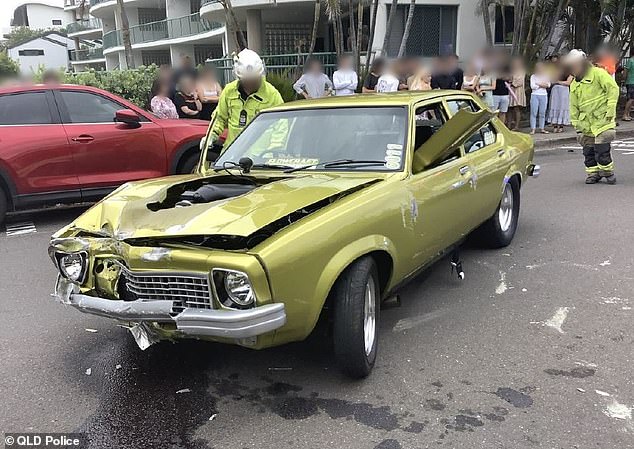 Emergency services arrived at the scene and luckily no one was injured. Police have since seized the vehicle

He said it was lucky the bollards were able to take most of the impact.

‘Those two things managed to — instead of letting the car come into the restaurant — up-end the car and flip it onto its side.

‘That was the biggest saving grace — I think at the speed that it was coming, the car could have very well ended up further into the cafe and into the brewery, which would have been a lot worse for the people in there.’