A young woman has revealed how a ‘normal parasite’ found in most people’s guts flared up when she went on an overseas holiday – leaving her with crippling chronic pain, a stabbing feeling in her stomach and severe body tremors.

Keiley Mead, 19, from Sydney’s south went to Europe with her parents and brother in 2016 – it should have been the trip of a lifetime but the then 15-year-old has barely any memory of it or the months which followed.

She had felt off ‘but nothing more serious than jet lag’ from the moment she landed in Sweden with her family. A week later she could barely eat and was in pain if she walked for too long. 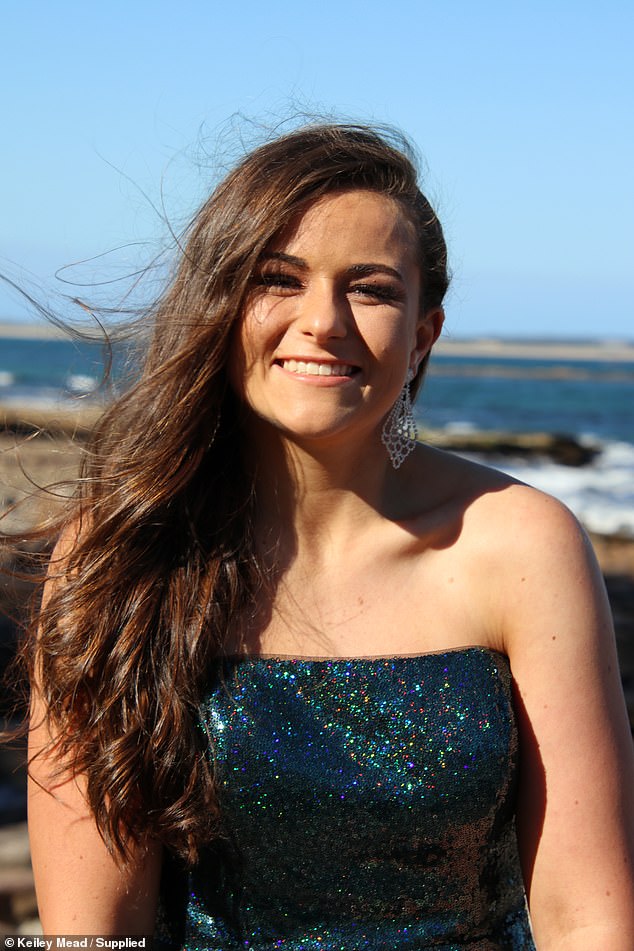 Keiley Mead, 19, suffers from chronic pain and body tremors after a parasite flared up in her gut during a family holiday in 2016 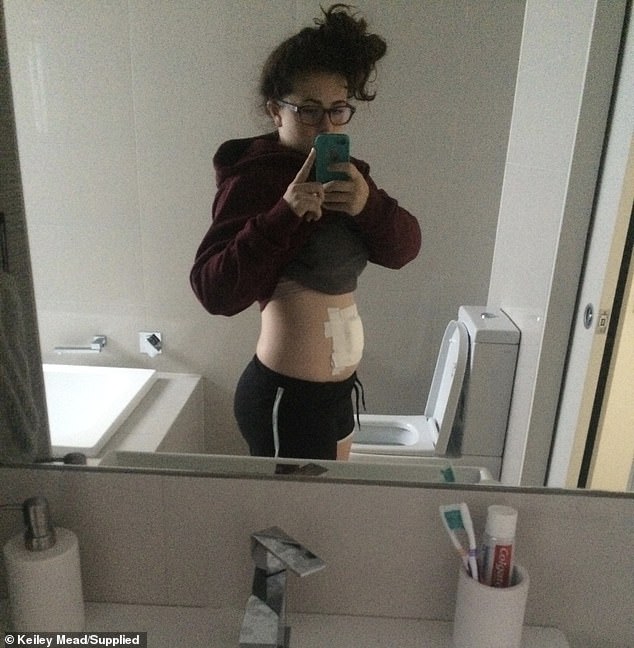 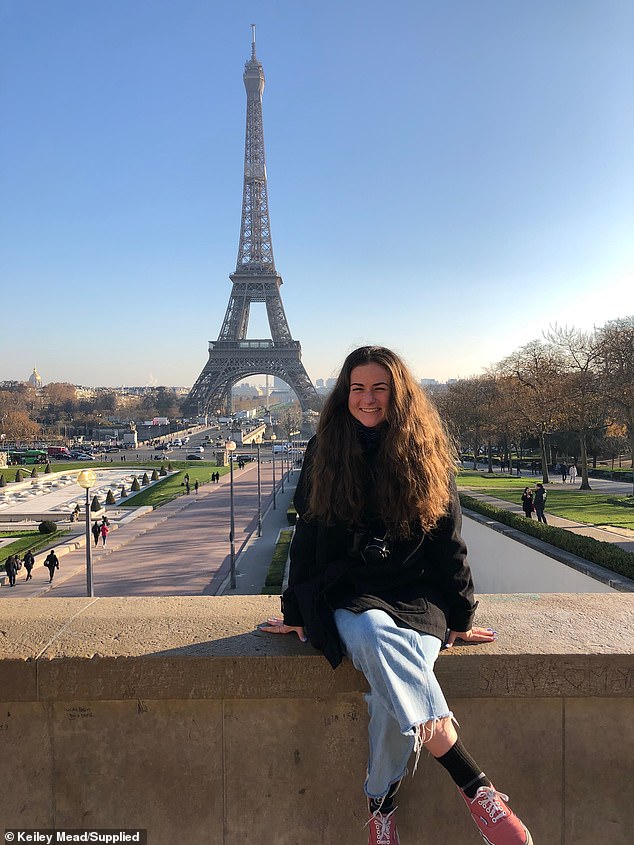 Then she collapsed in the Sistine Chapel – the excruciating stabbing feeling in her stomach had caused her to pass out.

‘Police took us out, people pass out in there all the time to get a good look at the ceiling,’ she said.

This was not the last time she would be called out for faking her pain.

She felt weak, couldn’t eat and was in pain but still trying to get through the holiday.

A week later, in London, the body tremors began – and were so bad her family thought she was having seizures.

The pain was so bad she had to go into a wheelchair – where she stayed, a shadow of her vibrant sports-loving self for over eight months.

‘I was in and out of the hospital in London for three days – then they told me I probably had glandular fever and to get back to Australia and have more tests. ‘They could only send one parent so mum came with me. Which was really hard for my dad and brother.’

By the time the family was reunited Keiley was in and out of doctor’s appointments four days a week.

‘They found small things here and there but nothing really came together,’ she said.

By this time the pain had spread throughout her body. She was experiencing intense cluster headaches, and burning pain in all of her joints on top of the stabbing sensation in her stomach which kept her in the wheel chair. 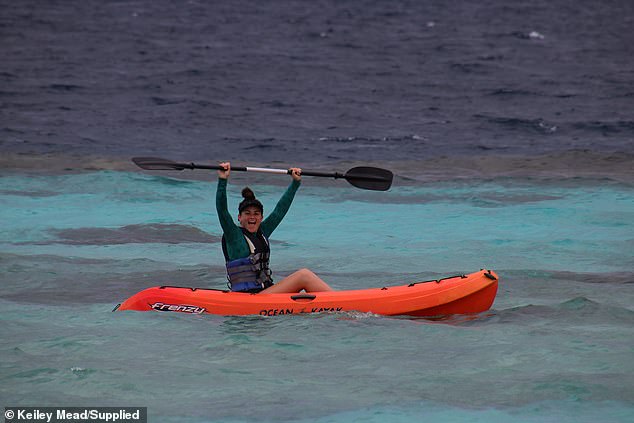 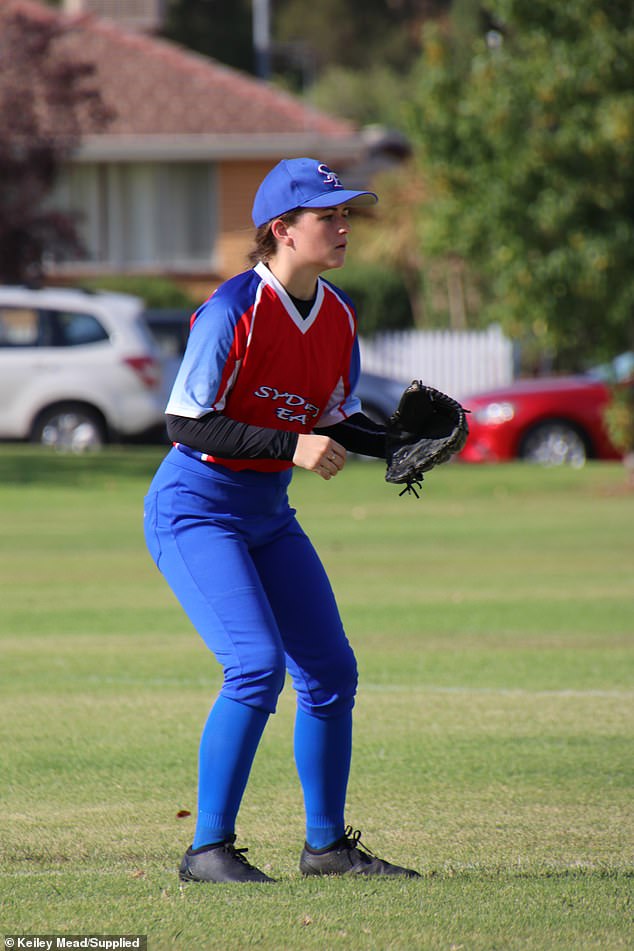 She was put on heavy pain medication, endone, which is like morphine but doctors couldn’t come up with any answers.

About six months in her GP told her mother that she needed to see a psychologist and that the pain was ‘all in her head’.

‘This was horrifying, I was shell-shocked here is this doctor who has seen me walk in calmly with two broken wrists and he thinks I am making up this pain.

‘The logical side of my brain started second guessing things – like if the doctors couldn’t see anything after all these tests maybe it was all in my head. It was an awful feeling,’ she said.

But her mother was furious and ‘stormed out’ of the GP’s office and hasn’t returned since. Finding her family another doctor. 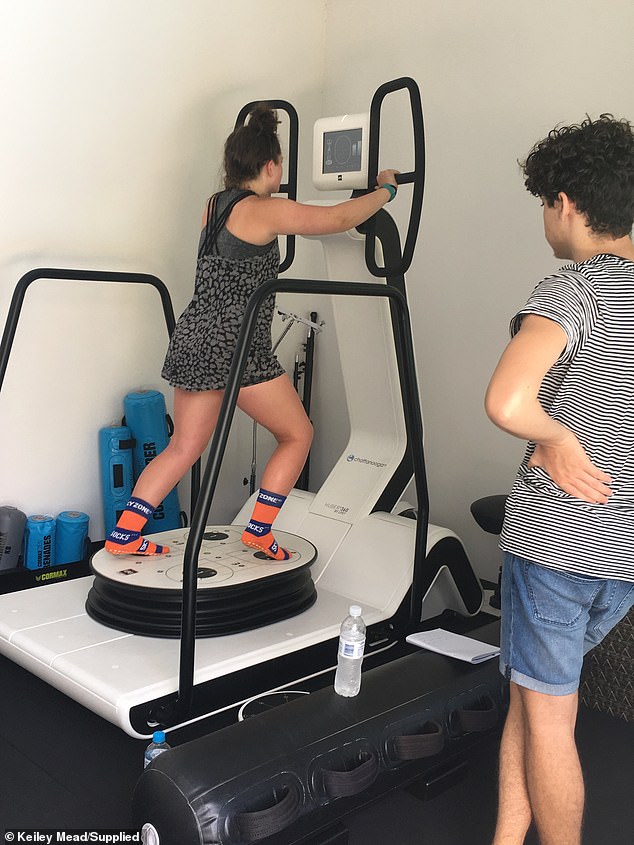 WHAT IS BLASTOCYSTIS HOMINIS?

According to NSW Health is a species of one of the most common human intestinal organisms.

Many people who have the organisms in their faeces have no symptoms.

Some people have mild-moderate complaints of diarrhoea, abdominal pain and vomiting.

In most cases the illness is acute and passes after a few days but in some people severe illness becomes chronic and lasts indefinitely. 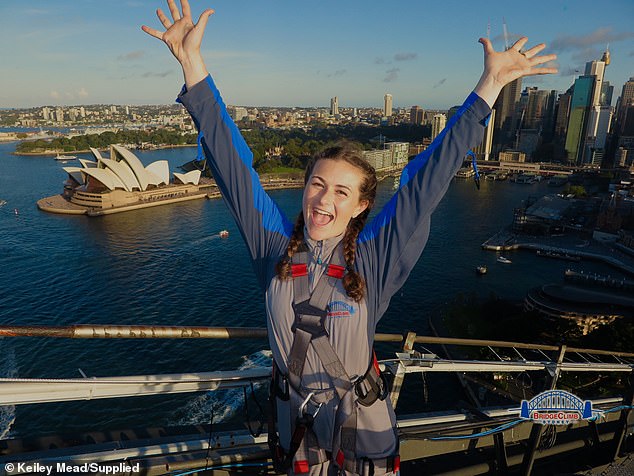 The new doctor put the pieces of the puzzle together and found the parasite, blastocystis hominis.

‘It is something that is found in most people’s guts but doesn’t often cause a problem, my doctor doesn’t know why it was so bad for me or how long I had it before i reacted to it,’ she said.

‘The working theory is that I had pushed myself so hard that when I went on holidays everything caught up with me.’

After three months of treatment the parasite was gone. And so was the crippling stomach pain which had kept the young woman in a wheelchair and away from school. 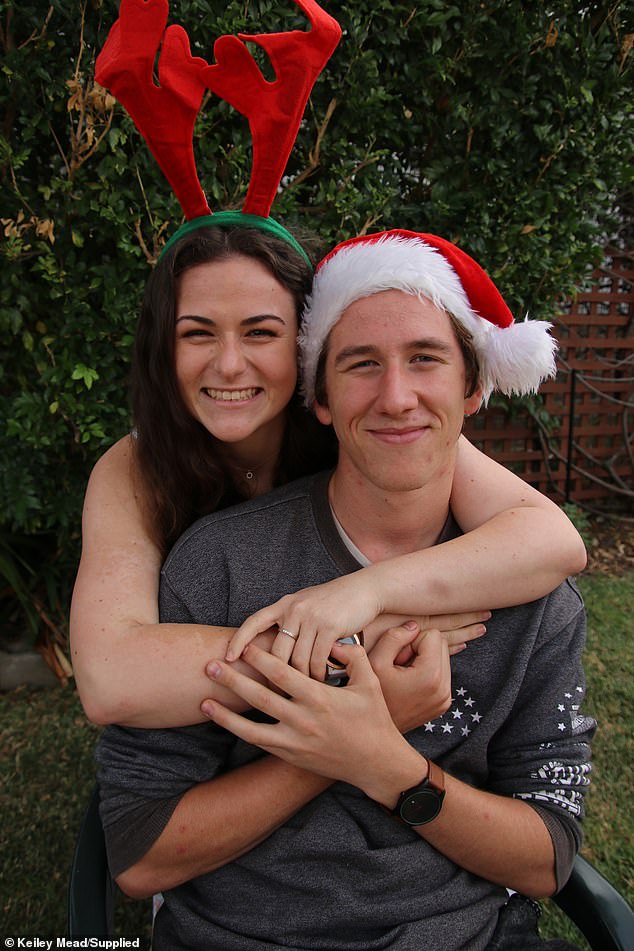 Pictured here with her partner Matt Quinlivan – the bubbly teenager says she had to relearn her fine motor skills like using cutlery, writing and drinking from a cup or bottle 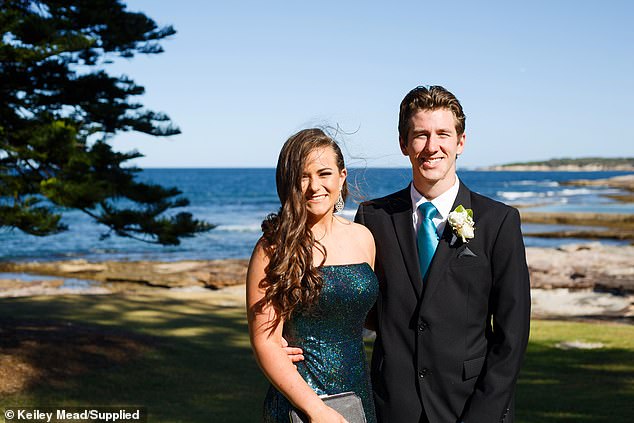 But the tremors, which are similar to those found in people with Parkinson’s disease remain. and so does the chronic pain in her joints.

‘There’s more good days now – where I only have shaking in my arms and hands, and pain in my writs and back,’ she said.

‘And instead of burning it is an uncomfortable tingling.

‘I had to re-learn how to do everything – like holding a pen or drinking – and on bad day I will just use a bottle instead of a cup – most people don’t notice.’

Keiley is now studying Radiography at University –  and has joined a football team to get active again and build up the muscles and strength she lost when she was sick.

She says doctors still don’t know why her body reacted the way it did or if she will ever be completely pain and tremor free.