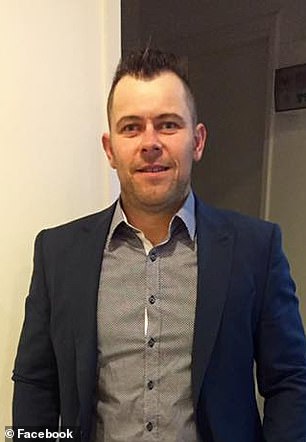 Samuel Sleep (pictured), 35, was heartbroken after being dumped in February

A man who bombarded his ex-girlfriend with text messages and flowers before breaking into her house to try and win her love back with an elaborate stunt then drove his car through the front door after being called a ‘creep’.

Samuel Sleep, 35, was heartbroken after being dumped in February by the woman he had been in a relationship with for the past 15 months.

The pair had purchased a home together in March in Pascoe Vale, Melbourne, when things took a sudden twist and his girlfriend kicked him out.

Sleep struggled to cope with the devastating breakup and began harassing his ex by bombarding her with texts, messages on social media and emails.

At one point he texted her a link which if she clicked on would have installed a tracking device on her phone.

He even accessed her laptop and obtained old pictures of her and sent them to another one of her ex’s and former boss.

The situation escalated on February 20, when Sleep broke into the house they once shared and sat there drinking.

He also made a sign on 14 A4 paper in which he declared his love for his former partner and stuck it to the wall in the living room.

She did not reciprocate the love and called him a ‘creep’ and a psycho’ before ordering him to leave the house, Herald Sun reported. 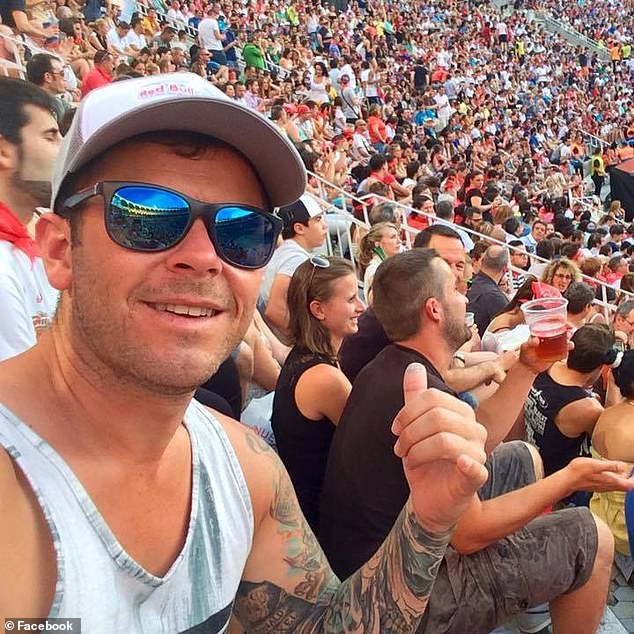 Sleep (pictured) struggled to cope with the devastating breakup and began harassing his ex by bombarding her with texts, messages on social media and emails

Sleep jumped into his car and smashed it into her vehicle which then ploughed into her front door.

His ex was only 4m away from the door at the time of the incident.

Sleep appeared in County Court this month and was slammed by the judge for his behaviour.

‘Your offending is unusual but serious,’ Judge Christopher Ryan said.

At the time of his sentencing, forensic psychologist Dr Danny Sullivan told the court that Sleep’s behaviour is described as ‘rejected stalker’.

‘A rejected stalker seeks to reconcile the relationship after its end, and may also desire to exact revenge’, he told the court.

Sleep was sentenced to a three-year community corrections order, fined $1,000 and disqualified from driving for 18 months. He must also pay $1,000 in restitution to his victim. 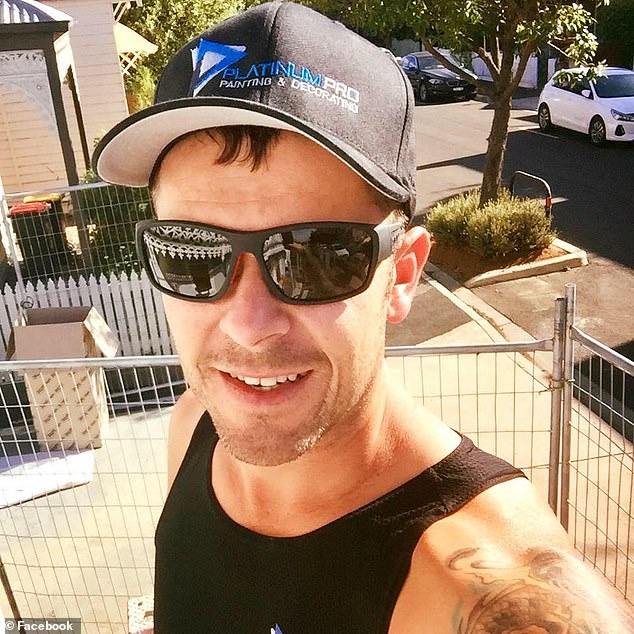 Sleep (pictured) was sentenced to a three-year community corrections order, fined $1,000 and disqualified from driving for 18 months