The Northern Territory will no longer consider Adelaide a COVID-19 hotspot from tomorrow, meaning all South Australians can freely enter the neighbouring state.

NT Health Minister Natasha Fyles announced on Friday they will be revoking Greater Adelaide’s hotspot designation from 9am on Saturday under advice from Chief Health Officer Dr Hugh Heggie.

The decision comes after SA Premier Steven Marshall said his state would be ending its planned six-day lockdown three days early on Saturday.

Hundreds of South Australians who fled the lockdown to fly to the NT earlier this week will no longer have to quarantine for two weeks and can leave their hotels.

While the NT is reopening its borders, Queensland remains steadfast on its strict border closure against SA. 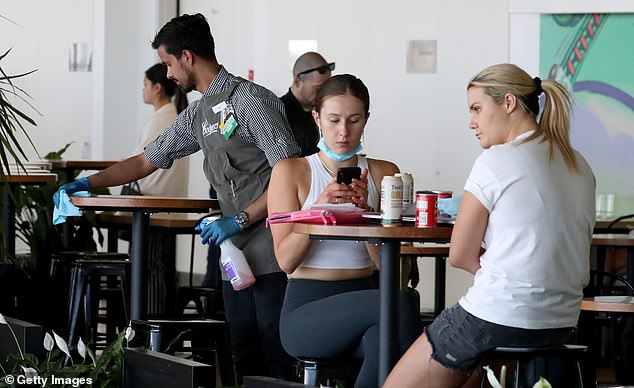 A staff cleans a table at the Adelaide Airport pop up bar on November 18 (pictured) as two passengers wait for a flight out of South Australia. Hundreds of South Australians who fled the lockdown to fly to the NT earlier this week will no longer have to quarantine from Saturday

There are currently 1,100 people in mandatory quarantine in the NT, including 500 international arrivals, according to Ms Fyles.

NT CHO Dr Heggie said he is ‘confident in revoking Greater Adelaide as a hotspot from tomorrow’.

‘Upon review of the data and a detailed risk assessment, I am assured there is minimal risk to the Northern Territory,’ Dr Heggie said.

‘Revoking Greater Adelaide as a hotspot is in line with the actions currently being taken in South Australia to ease some restrictions immediately and lift further restrictions by tomorrow night.

‘The decision to go hard and wide early and declare all of South Australia a hotspot was the right one to make to protect the health of Territorians.’ 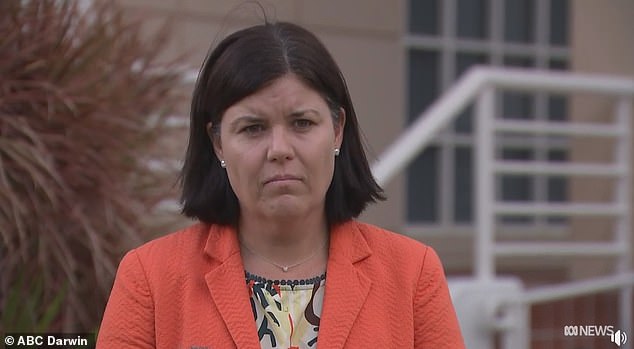 ‘Until we have information to indicate otherwise, Queensland’s border remains closed to hotspots in South Australia and quarantine requirements remain in place for people travelling from these hotspots,’ he said, according to The Courier Mail.

‘The reason there are so few restrictions in Queensland is because we have been cautious with our borders.’

Queensland’s borders are also closed to the Greater Sydney region and all of Victoria in addition to the ongoing Adelaide ban. 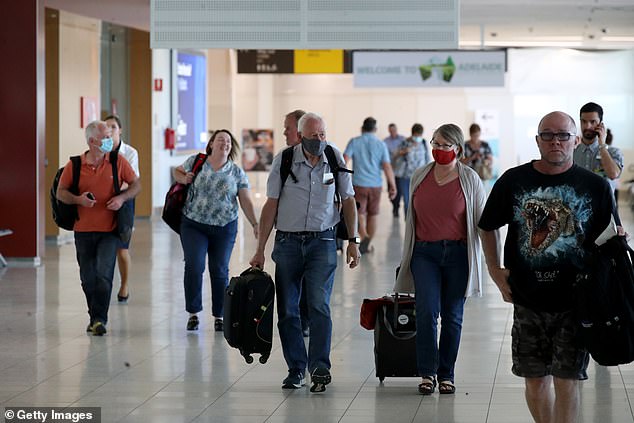 SA Premier Steven Marshall announced the strict lockdown for his state, which was based on false information, will end three days early on Saturday, with millions of residents immediately let out to exercise.

The revelation came as the Parafield cluster, in Adelaide’s northern suburbs, climbed to 25 infections – with three new cases reported on Friday.

Health officials feared a super strain of coronavirus had been unleashed in Adelaide after it was apparently transmitted on a pizza box from an infected worker to a customer.

But suspicious contact tracers have since discovered this was a lie, and that the customer – who also worked at a quarantine hotel – was in fact employed at Woodville Pizza Bar in Adelaide and worked closely with another positive case.

‘To say I am fuming about the actions of this individual is an absolute understatement,’ Mr Marshall said. 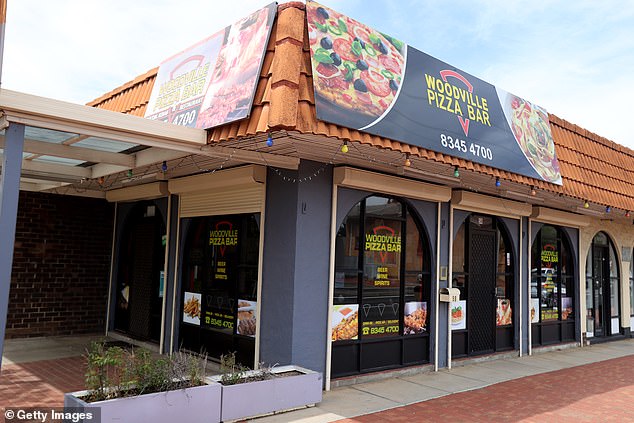