Beachgoers are confused by a bizarre sea creature that ‘feels like plastic’ washing up on the shore.

A mother found the white, bendable shell with ridges along its sides at a Perth beach on Thursday and brought it home to her daughter.

Equally confused, the daughter posted a photo of the creature to a local community Facebook page seeking help identifying the alien-like object. 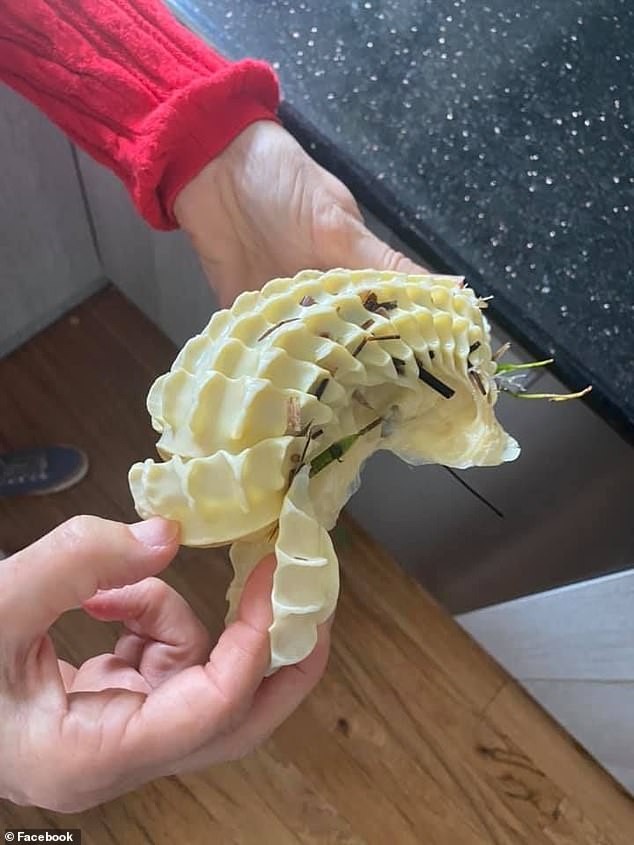 A mother found the dried-up egg case of a giant whelk, which is a type of sea snail, at a Perth beach on Thursday before her daughter posted an image (pictured) of it to Facebook

‘Hi, just curious to see if anyone knows what this is. Mum found it on the beach. It’s bendy and feels like plastic,’ the daughter wrote.

‘It looks like it’s come from a sea cucumber,’ one woman commented while another local suggested it was a species of sea snail called the frilled dogwinkle.

One person said they had also found the bizarre items washed up on their local beach 90km south of Perth.

Most group members agreed it was an egg case from either a whelk or a conch, which are both types of sea snails.

Experts at the Australian Institute of Marine Science confirmed it was an egg case made by the the mollusc Syrinx Aruanus, which is also known as a giant whelk, an Australian trumpet or false trumpet.

Syrinx aruanus is a carnivorous sea snail and also the world’s largest snail across both land and water. It can grow up to 70cm in shell length. 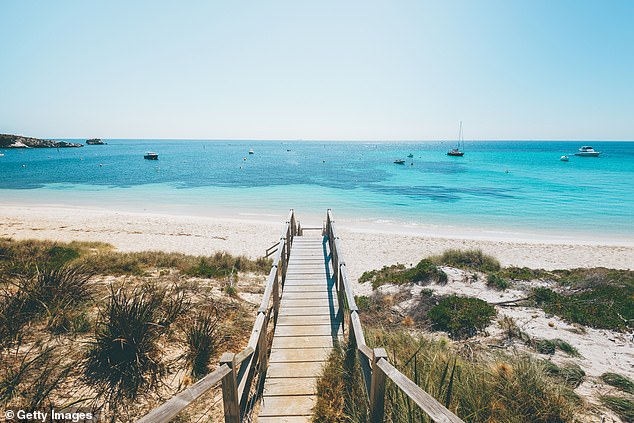 Longreach Bay on Rottnest Island near Perth. Giant whelk egg cases are dislodged by trawling and storms before washing up on beaches, where people find them dried up

Within the egg case, the young snails develop in individual egg capsules, then eventually hatch and crawl away as juveniles.

Trawling and storms often dislodge the egg-cases and they wash up on shore, where confused beachgoers find them dried up.

Giant whelks are vulnerable to local extinction as their shells are popular ornaments that people go looking for.

Those that survive grow into predatory snails that feed on large tube-dwelling polychaete worms before starting the life cycle all over again.

‘It (syrinx aruanus) is generally more a tropical species but we have had it down as far as Bunbury, 175km south of Perth,’ the museum wrote at the time.

‘It doesn’t seem to be as common these days in the south-west as it once was.’