Hopes are growing that state and territory borders will be down by Christmas as Scott Morrison meets premiers to discuss re-opening the country.

The prime minister will push leaders to relax border restrictions at a National Cabinet meeting on Friday morning as Victoria goes a 14th day without any coronavirus cases.

The leaders will also discuss the logistics of vaccinating the nation after the Therapeutic Goods Administration granted Pfizer a provisional determination for its jab, meaning the approval process can be fast-tracked. 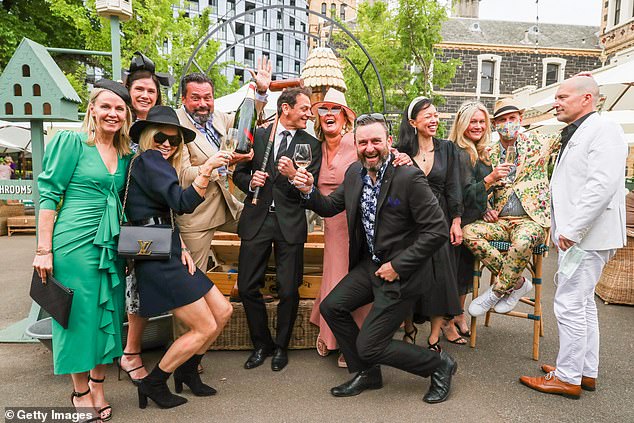 Hopes are growing that state and territory borders will be down by Christmas as Scott Morrison meets premiers to discuss re-opening the country. Pictured: Derby Day races in Melbourne

The vaccine, which is 90 per cent effective, is expected to be approved in January with jabs given to 5million priority patients including health workers and the elderly in March.

Treasurer Josh Frydenberg said an implementation plan is ‘now being worked through and will be discussed with the premiers’.

It comes as Western Australia’s hard border comes down on Saturday, allowing everyone to enter – although residents from NSW and VIC must home quarantine for 14 days on arrival.

Queensland will review its ban on people from Victoria and Greater Sydney on 30 November.

New South Wales has not had a case of community transmission since Saturday.

Victorians will be able to enter NSW and the ACT from 23 November and Tasmania from 27 November.

Meanwhile, South Australia’s transition committee on Friday may set a date for the removal of the hard border closure with Victoria.

What are the border restrictions?

New South Wales: Will open to VIC on 23 November. Open to everywhere else

Queensland: Exemption required if coming from VIC or Greater Sydney. Review on 30 November

Tasmania: Will open to VIC on 27 November. Open to everywhere else

Western Australia: From 14 November everyone allowed but residents from NSW and VIC must self-quarantine

ACT: Will open to VIC on 23 November. Open to everywhere else

Northern Territory: People from Greater Melbourne must quarantine at their own expense. Open to everywhere else

Australia: Only people who have been in New Zealand for 14 days can enter without hotel quarantine That would allow people to travel to SA so long as they home quarantine for 14 days, and would offer the strong chance of all border measures being scrapped in time for Christmas.

The key issue has been the fall in case numbers in Victoria in recent days, with no new infections for 13 days, but one case detected in SA this week could throw a spanner in the works.

On Wednesday, health officials said an aged care worker who recently returned to Adelaide from Melbourne had tested positive for the virus.

The woman in her 20s flew into Adelaide on Monday on a Jetstar flight and is in hotel quarantine.

Chief Public Health Officer Nicola Spurrier said the woman tested positive for coronavirus in Victoria in August but had since been given the all-clear.

Further tests are underway to determine if her case is an old infection and she is still shedding dead virus, or if it is a rare case of reinfection.

Out of an abundance of caution the case was being considered infectious, Professor Spurrier said.

Premier Steven Marshall said SA would be guided by health advice as to whether the case would delay plans to lift the harder border closure with Victoria.

Mr Marshall said the Christmas timetable to remove all border restrictions remained a reasonable expectation, but the state would not take that step until it was safe to do so.

‘We need to see if this case sets us back at all,’ the premier said. 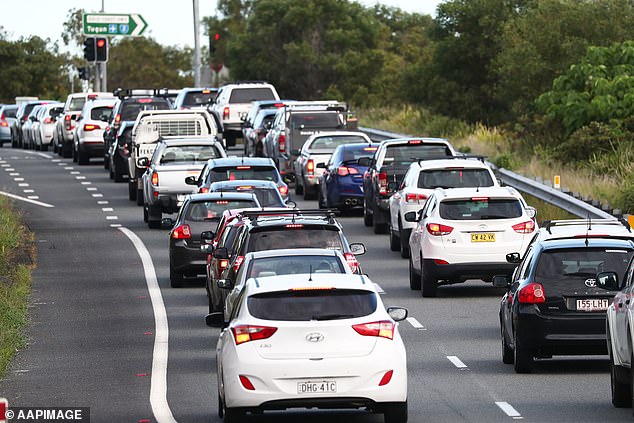 There have been four flights into the Northern Territory capital since a deal was struck to use a mining hub outside of Darwin for two-week quarantine periods.

‘There is strong demand for the next four flights,’ a Department of Foreign Affairs and Trade spokesman said.

National cabinet is also due to talk about the bushfire royal commission report and the National Federation Reform Council meeting next month.