Tomboys must not be encouraged to think they should change sex just because of the way they like to dress or play, schools have been told.

The guidelines come in new Government instructions for teachers talking to children about transgender issues. The move has led to calls for controversial transgender charities such as Mermaids to be barred from any role in education.

It comes after Equalities Minister Liz Truss announced that the Government has rejected calls from trans-rights campaigners to allow adults to change their legal gender at will.

Ministers have now followed up by telling schools to reject teaching materials that encourage children to question their gender if they like clothes and toys usually associated with the opposite sex.

NHS figures show the number of girls seeking to change gender and become boys has risen sharply in recent years. Some experts believe it is because tomboys who do not feel comfortable with stereotypically female clothing and activities are being pushed to believe they are ‘born in the wrong body’.

The new schools guidance has been hailed as a major breakthrough by parents who fear that trans groups are encouraging children to change gender because of the clothes they choose to wear or the toys they play with.

‘You should not reinforce harmful stereotypes, for instance by suggesting that children might be a different gender based on their personality and interests or the clothes they prefer to wear,’ the Department for Education advice tells schools. ‘Resources used in teaching about this topic must always be age-appropriate and evidence-based.

‘Materials which suggest that non-conformity to gender stereotypes should be seen as synonymous with having a different gender identity should not be used and you should not work with external agencies or organisations that produce such material.’

That has focused attention on the work of Mermaids, a prominent trans-rights charity that provides training for public sector bodies. 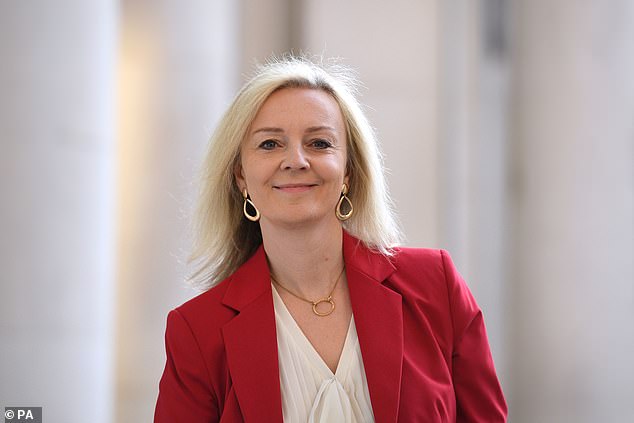 One Mermaids training course last year involved a 12-point ‘gender spectrum’, ranging from a Barbie doll in a pink dress at the ‘female’ side to a GI Joe in military fatigues at the opposite, ‘male’ end.

The new guidance has been issued following a lengthy campaign by groups that question the medical transition of children.

Stephanie Davies-Arai, of Transgender Trend, said: ‘This is what we have been calling for. We are very glad to see this guidance.’

The Safe Schools Alliance said the guidance should mean Mermaids is now blocked from any role in training teachers or advising schools.

It said: ‘This guidance makes clear that Mermaids are not suitable to train teachers and schools. All policies that they or organisations partnered with them have consulted on, must now be reviewed.’

Mermaids told The Mail on Sunday that while the charity offers training for teachers, it does not offer classroom talks and lesson materials for pupils in England and Wales, and so would be unaffected by the rule changes that were announced last week.

A spokesman said: ‘Contrary to a great deal of speculation online, we do not suggest that toy and clothing choices are a sole or primary signifier of a child’s gender identity.

‘However, like any child, trans children will sometimes express part of who they are by choosing particular toys and clothes.

‘We accept this point requires careful and subtle expression and we’re working hard to improve the clarity of our messaging.’