Victoria has recorded its lowest number of COVID-19 cases in more than 100 days with just five new infections in the last 24 hours.

The last day the total number of infections in Victoria was so low was on June 12 where four cases were recorded.

The new figures bring the state’s 14-day average down to 20.3 as Victorians wake up to a string of eased restrictions. 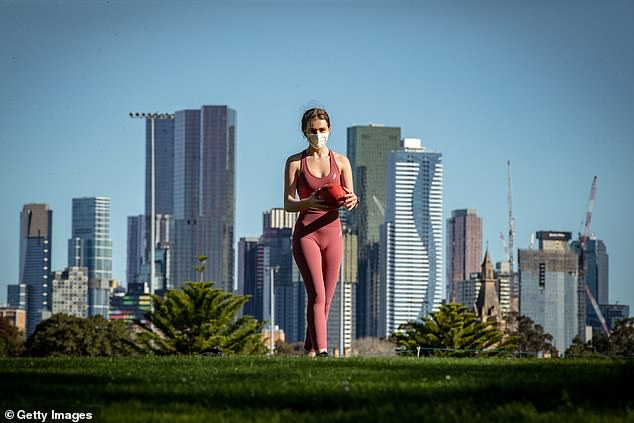 Melbourne’s 9pm to 5am curfew will be lifted on Monday.

An estimated 127,000 workers will be able to return to their jobs and childcare centres can reopen.

Outdoor gatherings of up to five people from two households will now be allowed, however Premier Daniel Andrews also announced a new $5,000 fine to punish any unlawful gatherings that flout the limits.

‘We are so close, so, so, so close to beating this thing and it is just not appropriate to be going to visit friends or gathering in car parks,’ he said on Sunday.