A woman quarantining in a hotel has showcased an array of delicious desserts she made with the help of an iron, a penknife and a pair of hair straighteners.

Bridget Houlden was living in the UK when she decided to fly home to Melbourne in May due to the COVID-19 pandemic.

Government-mandated restrictions meant Ms Houlden had to spend time in quarantine after she arrived in Australia.

Ms Houlden told WIN News Gippsland she was looking for ways to occupy her time to fight off boredom.

She said she ‘discovered that you do not need a stove or an oven to cook if you are really desperate.’ 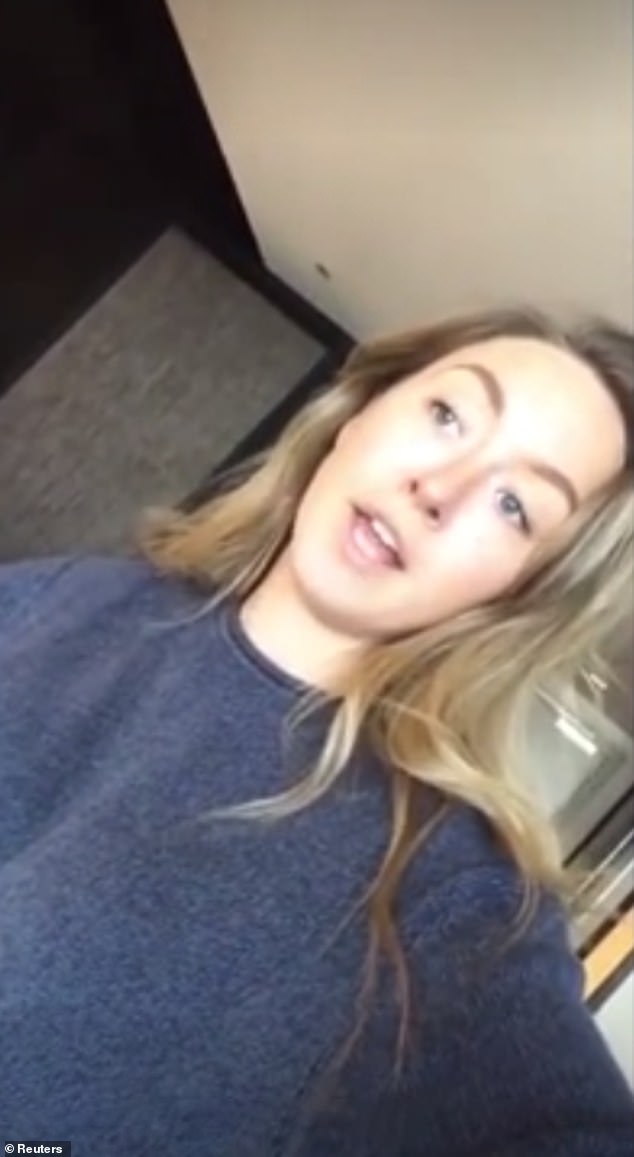 ‘I cannot say that I am any kind of master chef so maybe I have finally found my calling in here,’ she said.

The dishes cooked up on the iron included an apple and crumble creation, and a chocolate and caramel treat.

In a video of her lockdown cooking Ms Houlden showed herself cutting up some apple before heating it up in a metal takeaway box on an iron.

‘The apple is literally bubbling away, I’m amazed,’ she said.

Next she grabbed some complimentary sugar from the hotel and poured it into a cup.

‘I only have Equal but you can’t be too picky,’ she said, before adding coconut water for flavour.

She added the mixture to the apples and told viewers to stir it in until it dissolved completely.

‘I’ve now popped the baking tray onto the hot plate and we just want to see that crumble turn nice and brown,’ she said.

The finished dessert was layers of caramelised apples topped with crumble in a glass cup.

Next Ms Houlden attempted to make a homemade TimTam biscuit.

Video footage showed Ms Houlden using books to keep the iron in place while a metal tray say on top of it to cook her slice. 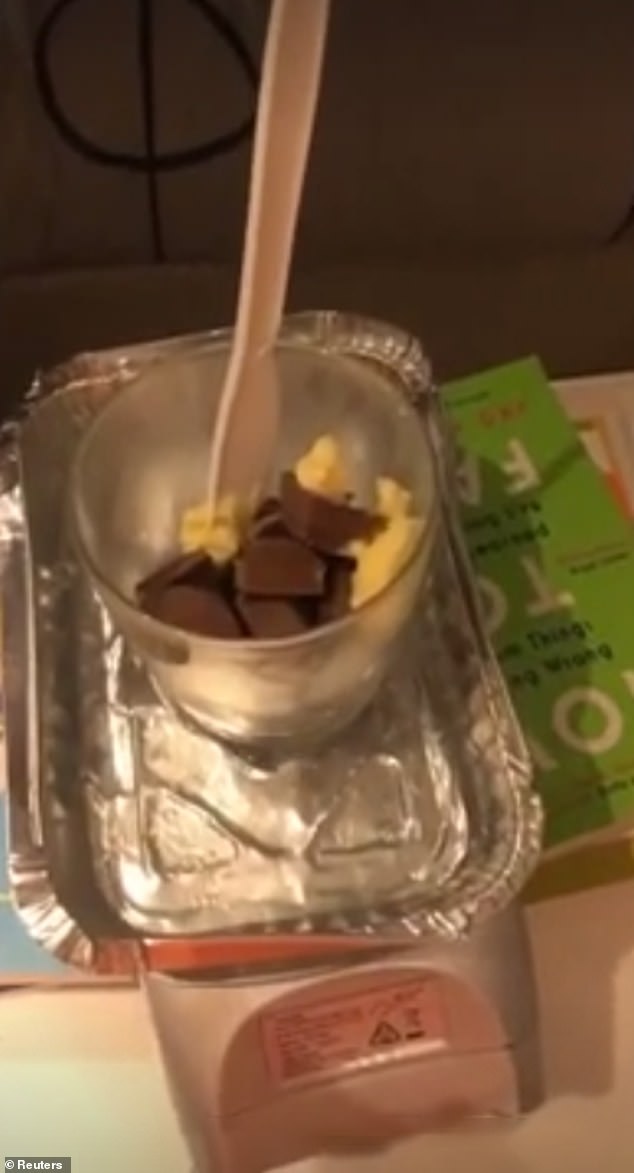 Ms Houlden filled the tray with hot water and then placed a cup filled with chocolate and butter into the water to melt.

The footage then shows the bar, a layer of caramel sandwiched between two layers of chocolate, completed.

She used her pocket knife to cut it open.

‘It hasn’t really set but it isn’t a total disaster. One out of ten for presentation,’ she joked.

Not all of her creations went to plan. 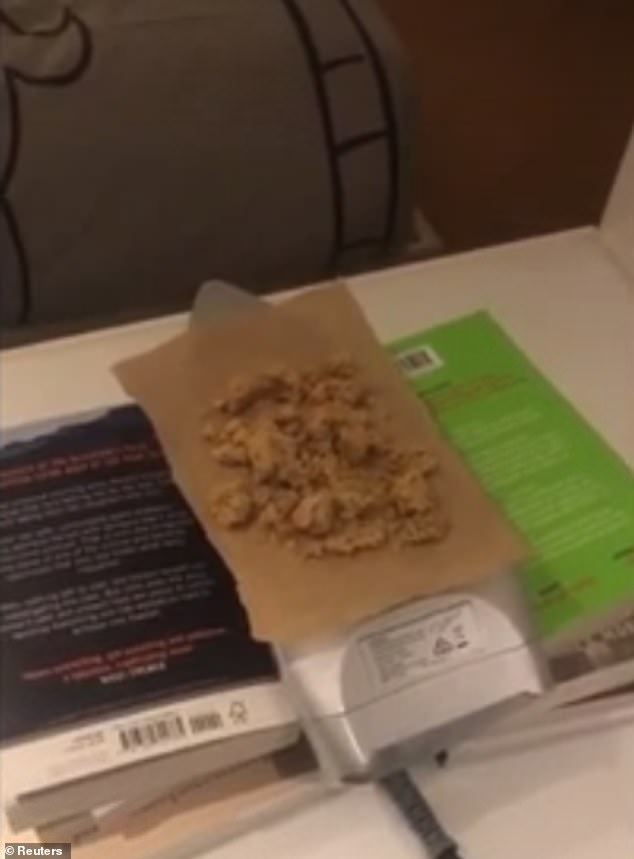 One noticeable disaster was when Ms Houlden attempted to melt some cheese between two crackers.

She used her hair straightener to clamp down on the crackers.

However the pressure made the snack explode and fly across the room.

Australians were forced to quarantine in five-star hotels from March 28 after the Federal Government mandated any international arrivals must self-isolate.

The move was made after reports surfaced of people ignoring government advice two weeks earlier urging Australians to come home and isolate in their homes.

Quarantiners are provided with meals and are tested three times over the course of their isolation to ensure they don’t have coronavirus.