They may be the terror of your cashmere collection.

But you can find out how moths help the ecosystem – by nocturnally pollinating plants – during the Virtual Dark Skies Festival next month.

The entertaining nocturnal activities you and your family can join in with each night also include learning techniques to capture a nightscape image and questioning an astronomer while watching live pictures of the Moon. 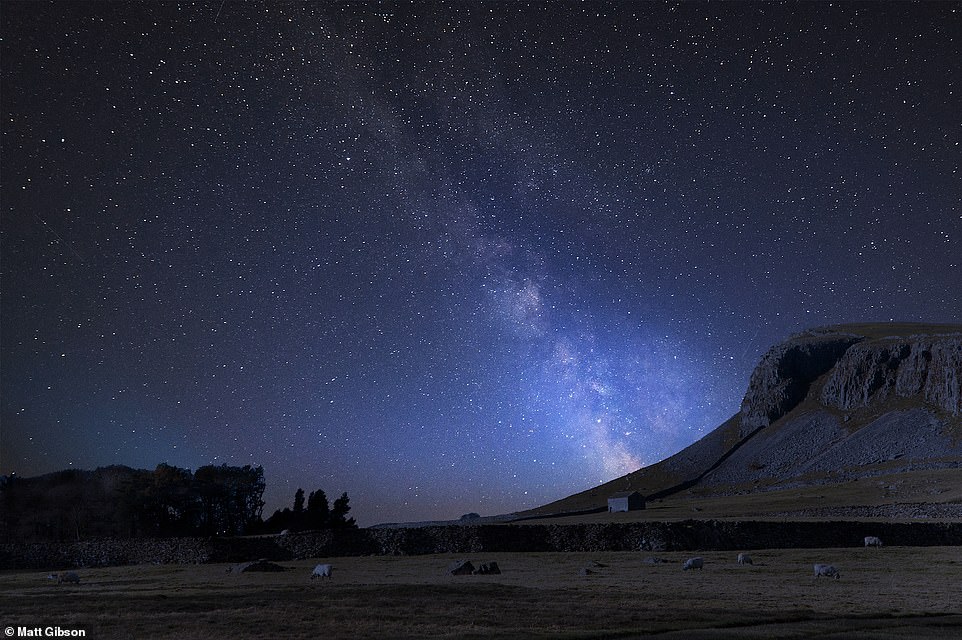 Join in with the Virtual Dark Skies Festival next month and learn amazing facts from astronomers and astrophotographers. This stunning shot shows the Milky Way over Norber Ridge and stone barn in the Yorkshire Dales National Park, an area that will be giving up its ‘science secrets’ during the festival

The festival may even complement home schooling as experts from professors and astronomers to astrophotographers reveal science secrets from the North York Moors and Yorkshire Dales National Parks, together with Go Stargazing.

The theme of this year’s festival, which runs from February 12 to 28, is Nature At Night, to highlight why darkness is crucial to the nation’s wildlife.

Dean Waters, of the University of York, will share the curious ways that animals have adapted to darkness – such as the evolution of the asymmetric ears of owls.

Mars is the focus on February 18 when Go Stargazing explains what will happen with Nasa’s landing of Perseverance Rover, a van-sized robot, on the Red Planet.

The theme of this year’s festival, which runs from February 12 to 28, is Nature At Night, to highlight why darkness is crucial to the nation’s wildlife. Pictured is the Milky Way over the village of Ravenscar in the North York Moors National Park

It’s hoped viewers will be able to watch a live stream of the historic moment as it happens.

Children can take a tour of the night sky with the Space Detectives while budding astronauts of all ages can tune into Professor Carole Haswell, head of astronomy at the Open University, talking about Planet Discoveries inspired by Star Trek and the chances of finding life on distant exoplanets.

Events are free or have a small fee and many need to be pre-booked by registering.