How your ‘fighting style’ should determine your team 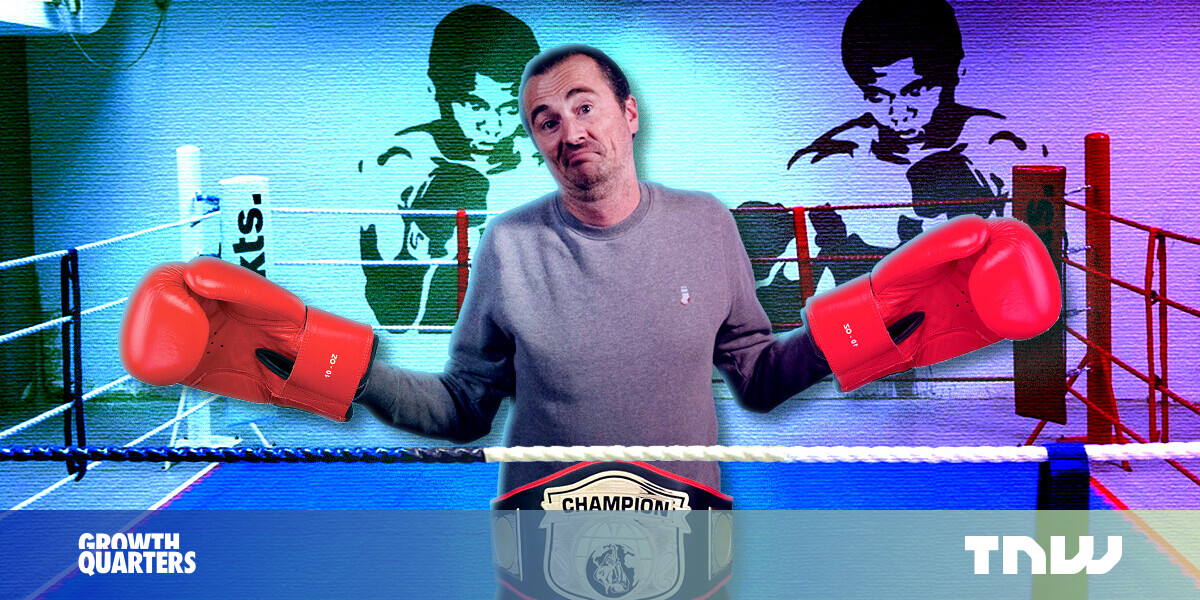 Boris is the wise ol’ CEO of TNW who writes a weekly column on everything about being an entrepreneur in tech — from managing stress to embracing awkwardness. You can get his musings straight to your inbox by signing up for his newsletter!

I didn’t fight a lot as a kid. Or as an adult, for that matter. My preference is to avoid violence as much as possible. This isn’t really about maintaining some noble philosophy, it’s mostly just self-preservation. I would never bet on myself winning a fistfight, ever.

Unfortunately, I couldn’t always avoid violence as a kid. I lived in a pretty good part of town, which just happened to be closer to a ‘not-so-good’ part of town. This meant my path would often overlap with groups of slightly older boys who were on the prowl for an easy target to bully. As a skinny kid with glasses who liked ballet, I was the perfect target.

My primary ‘fighting’ strategy against these groups? Run.

I would run home, or into a store, or even into total strangers’ houses. Usually, that was enough to deter the assailants. But sometimes the stores would be closed or I simply couldn’t get past the group, so I had no choice but to defend myself.

[Read: Waiters and employees are in charge — you’re just paying them]

At that point, I’d switch to my true strategy and go on the offensive. I would drop my bag, take off my glasses, and simply charge at the kid closest to me. My theory was that most people would go into a fighting stance and hope to find an opening to throw a punch — while at the same time putting a lot of energy into avoiding getting hit themselves.

I hoped that by accepting I would get hit a few times, I could spend less energy on my defense and focus all my energy on simply throwing punches. Or wailing arms, spitting, biting, and grabbing hair if that was an option. I made no effort to fight fair, and I was outnumbered anyway, so I figured I had some leeway with the informal streetfighting rules.

My strategy would usually result in me getting hurt, but I acted like it didn’t while inflicting whatever damage I could to the attacker. Looking back, I’m not sure if this was a smart strategy or if I’d recommend it to anyone.

However, I recently realized I’ve never really left that strategy. I’ve taken it with me and applied it to many things in my life.

When working on a project, I don’t consider the downsides or deal with all the potential consequences. I simply charge ahead with all my attention and focus on the end goal, without much consideration for what I break in the process. If I make dinner, I’ll happily sacrifice ingredients, packaging, and the occasional plate or two, as I accept the damage to get to the greater good.

Unfortunately for my family, this also applies to home improvement.

The other day I wanted to put up a shelf. My only focus was to GET THE SHELF ON THE WALL. I didn’t empty the shelves below first to avoid damage in the unlikely event I would drop the shelve mid-assembly.

That unlikely event obviously occurred, and I broke a few plates and then cursed myself for not being more careful.

But that’s me. I don’t think about defense and risk-avoidance or even the damage I might do to myself. I go all in, which leads to lots of nice things… and a few bruises and ego issues every now and then.

Need a task done quick and dirty? Ask me! Do you have a delicate project that needs lots of attention to detail and patience to complete? Well, maybe we need to look at someone else in the team.

Once you know what kind of fighter you are, you can assemble a team around you that complements you.

Can’t get enough of Boris? Check out his older stories here, and sign up for his newsletter here.