A selfless dad has been hailed a hero for saving the life of a complete stranger.

Lesa Hausia was driving past Strathpine Station, in Brisbane‘s north, on Thursday afternoon when he spotted a teenage boy near the train tracks.

The father managed to convince the youngster to climb a fence towards him, with a train pulling into the station seconds later. 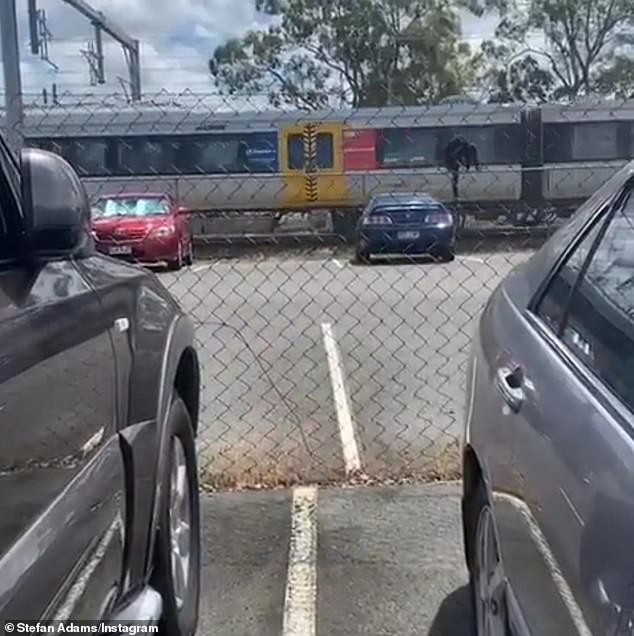 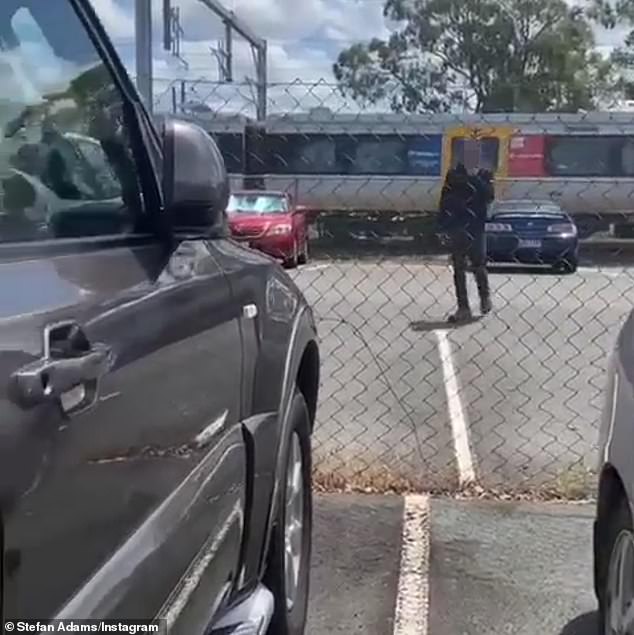 He then made his way over to Mr Hausia, where the two strangers embraced one another

Mr Adam said his friend felt knew he had to check on the welfare of the troubled teen.

‘He [Hausia] felt a tug within him to turn around and go find this guy for some reason, he didn’t know why, but he felt the need and sense of urgency to go find him,’ he told 7News.

In the video, Hausia can be heard pleading with the teenager: ‘Come here brother, don’t do it, please.

‘Your life is worth it brother, please, come here. Come talk to me bro, come here, bro.’

The youngster, who said to be 16, can then be seen jumping two fences before the pair embrace one another.

Since the confronting incident the pair have spoken on the phone a number of times.

The emotional video resonated with many on social media after it was shared by Mr Hausia and his friend Mr Adam.

One wrote that the clip ‘made her tear up’, with another stating ‘not all superheroes wear capes’.

For confidential support call the Lifeline 24-hour crisis support on 13 11 14. 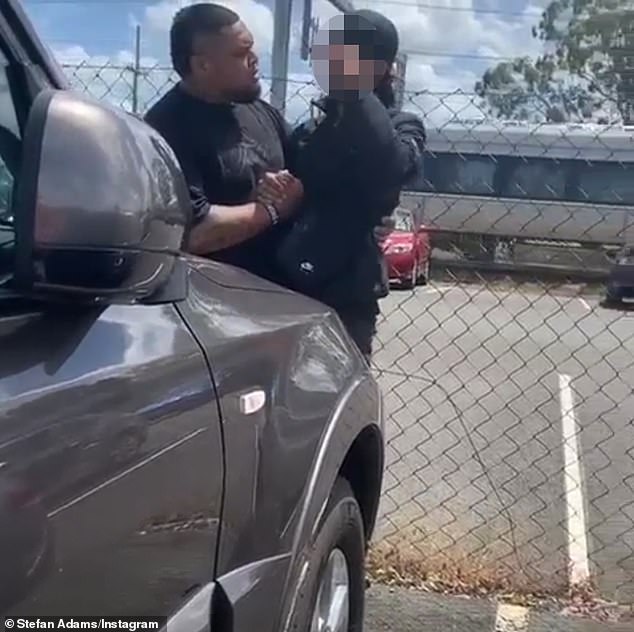 The pair have been in regular contact since Thursday, with the youngster now aware his possibilities in life are endless