Homeless former prisoners will be housed in bedsits on their release

Homeless prisoners will be housed in bedsits and hostels on release in a new drive to keep them out of trouble, it can be revealed today.

Ministers say the £20million plan will prevent thousands of law-abiding members of the public becoming victims of fresh crimes and potentially save billions in the cost of reoffending.

Former inmates will be housed in basic hostels and bedsit accommodation if they have nowhere else to live when they reach the end of their prison terms. 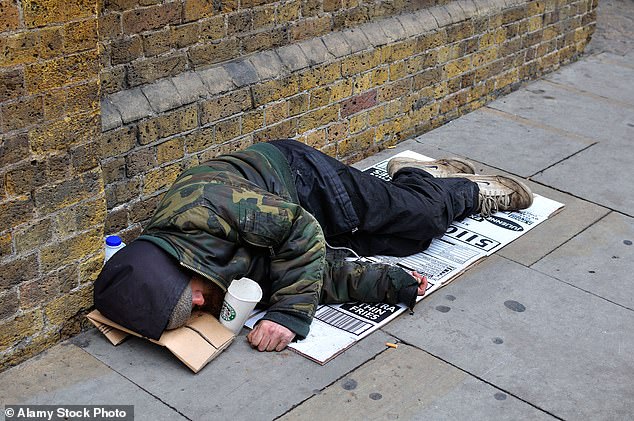 It is the first time ex-offenders will have been housed in private-sector accommodation in this way.

This isn’t a handout … it will fight crime

By LUCY FRAZER PRISONS AND PROBATION MINISTER FOR THE DAILY MAIL

Releasing prison leavers without a place to stay is as good as inviting crime back into our neighbourhoods.

Evidence shows that prison leavers without stable accommodation are 50 per cent more likely to reoffend, as the instability leads them back into the same criminal habits.

Before too long there are more victims, more money is spent on trials and prison time and the sorry cycle starts all over again. This £70million investment – a mere fraction of the £18billion annual cost of reoffending – will keep 3,000 prison leavers off the streets.

It will mean they are supervised more closely and that they have a base to turn their lives around so are far less likely to reoffend. It does not mean free handouts for criminals and it does not mean an easy ride for law-breakers.

We are building an extra 18,000 prison places because we are increasing sentences and our 20,000 new police officers mean we need more room.

What it does mean is safer communities and less crime.

If we want to stop repeat offenders, we must take action at the source. Last week, we announced £148million to tackle the scourge of illegal drugs and to provide more treatment for those who use them – overwhelmingly people already in the criminal justice system.

But that extra support only works if they have a roof over their heads. This approach can reduce reoffending and prevent thousands of people from becoming victims.

It’s right that we are making criminals spend more time in prison. But our work does not end at the prison gates. It must continue when they leave if we are to truly cut crime and build a safer Britain.

Around 11,000 inmates are freed from prisons in England and Wales each year with no home to go to, which ministers say increases the risk of them going on to commit further crimes.

Another £23million will be spent to create additional space in state-run bail hostels where higher-risk criminals can be supervised on their release.

Prisons and probation minister Lucy Frazer, who details the project exclusively in the Daily Mail today, said: ‘Releasing prisoners without addressing why they ended up there in the first place only leads them to reoffend and cause more harm.

‘By tackling homelessness, we are cutting crime, reducing drug and alcohol misuse and making our streets safer.

‘This low-cost solution has the potential to save billions for the taxpayer and prevent thousands of people becoming victims.’

She insisted the free housing did not amount to a ‘handout’ to lawbreakers, but instead represented a crucial tactic to keep the streets safe.

Miss Frazer said offenders were 50 per cent more likely to break the law again if released without somewhere to stay.

The bedsits pilot scheme will provide housing for up to 12 weeks for about 3,000 offenders in its first year.

While in the scheme, offenders will get help to find a permanent home so there is less reason for them to turn back to crime.

Further funding – taking the total cost to £70million – will go on new training for staff, increased security, and repairs and maintenance at bail hostels, which will be able to house an extra 1,700 prison leavers a year.

A separate Prison Leavers Project, costing £20million, will aim to improve the way offenders are linked up with charities and other groups that provide support in areas such as employment, addiction and counselling.

Another £1million will be spent on encouraging technology start-ups to become involved in the scheme.

A further £6million will be spent on dedicated staff at 11 prisons to help inmates get quicker access to accommodation, healthcare and employment support.

The bedsits scheme will initially be rolled out in five areas of England – the National Probation Service’s Kent, Surrey and Sussex region, the East of England, the North West, Yorkshire and the Humber, and Greater Manchester.

In 2019-20, 2,775 inmates ended up sleeping rough after being released from jails in England and Wales.

Another 8,744 released prisoners were categorised as ‘other homeless’, including those sleeping on friends’ sofas.