Homeless man, 29, is arrested after breaking INTO Melbourne quarantine hotel

A homeless man has been arrested following an attempted burglary at a Melbourne quarantine hotel on Friday morning.

The 29-year-old man is in police custody after he was caught entering the hotel through a roller door on Collins Street in Melbourne’s CBD.

Police said the man triggered a motion alarm in the hotel’s fire escape stairwell before 2.45am and was seen opening a door onto the seventh floor. 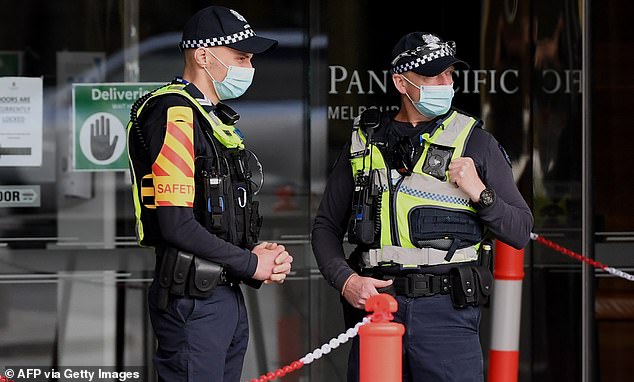 Police have arrested a homeless man over an attempted burglary at a quarantine hotel in Melbourne (pictured: stock image of Victorian Police)

Victorian Police Assistant Commissioner Luke Cornelius said the man did not breach quarantine in the hotel.

‘Our information is that there was no breach. Some people from that hotel had opened the roller doors to put the bins out and … at that point (he) has gained access,’ Mr Cornelius said.

Commissioner Cornelius believes the man’s intention was to find a play to stay. 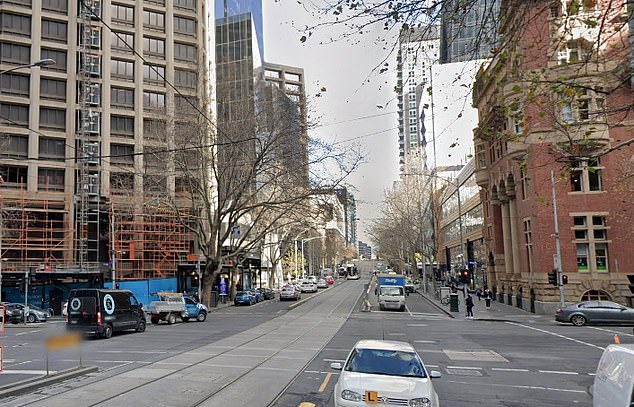 ‘I understand he was a homeless person looking for an opportunity to improve himself.’

The man fled the hotel and was arrested nearby and did not have any stolen property with him when found.

Victorian Police said the man did not enter any red zones or any rooms where guests or staff reside.

The 29-year-old man has no fixed place of address and is currently assisting police with their inquiries.

The investigation into the incident remains ongoing. 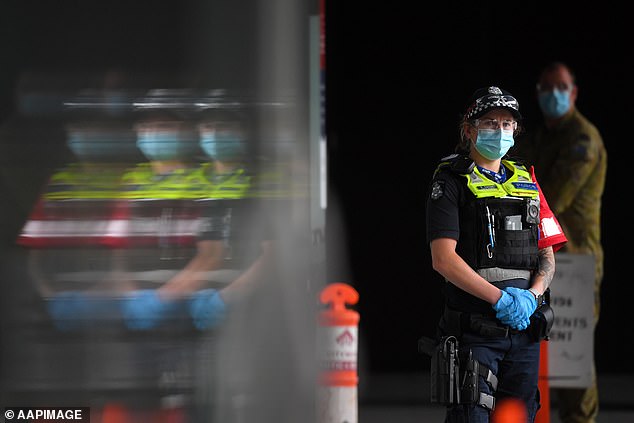 Police believe the man was ‘looking for an opportunity to improve himself’ and is assisting police with their inquiries (pictured: stock image of Victorian police)