A shocking video has captured the moment a boy believed to be just 12 years old threatens a small business owner outside an Outback pub.

The video posted to Facebook with the caption ‘lucky to be alive’, shows the young boy threaten the man with a pair of scissors outside a pub on the main street of Chinchilla, 290kms west of Brisbane, Queensland.

The young boy dressed in a striped green t-shirt and carrying a supermarket reusable bag is filmed leaning on a parked car when the man approaches him and repeatedly asks the boy’s age. 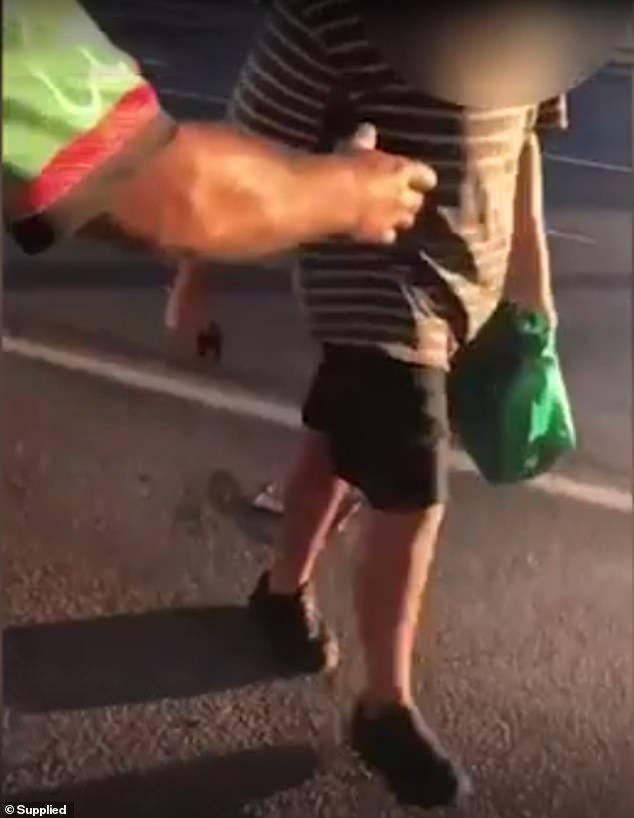 A young boy yelled a bystanders while armed with a scissors infront of a pub in Chinchilla, west of Brisbane (pictured)

‘He’s like 12 year-old with a cigarette in his ear,’ he tells a bystander in the video.

The man continues to ask him how old he is until the boy finally snaps, launching a swearing frenzy, threatening to smash his phone and finally to stab him with sissors.

The business owner then runs away from him and into the pub, warning patrons about the child outside.

‘He’s going to stab me with a knife, or scissors,’ he said. 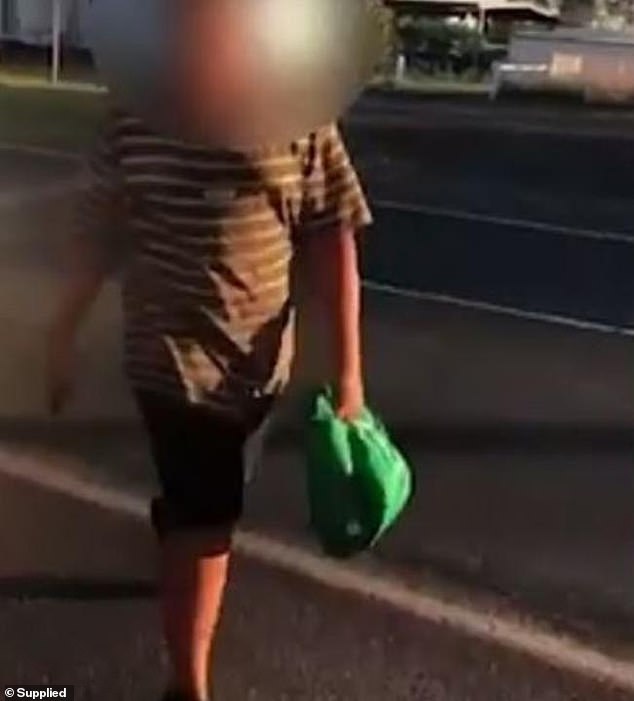 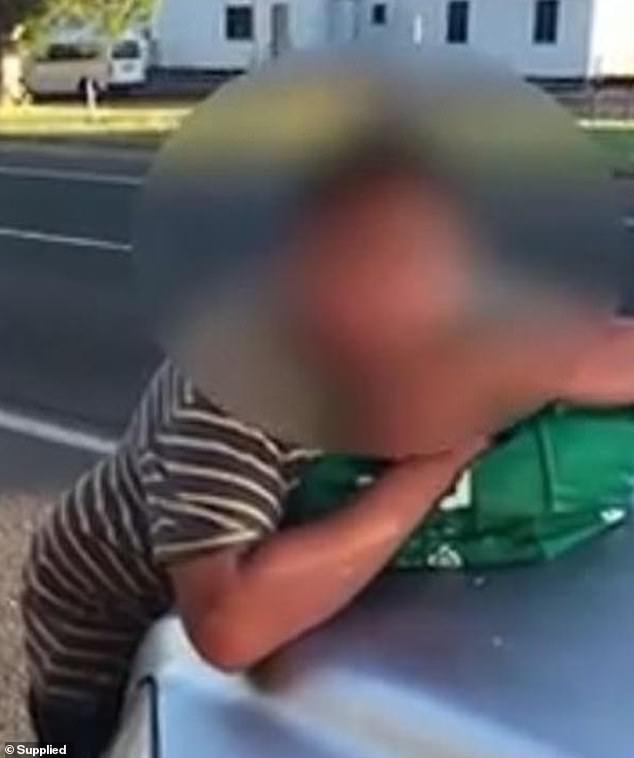