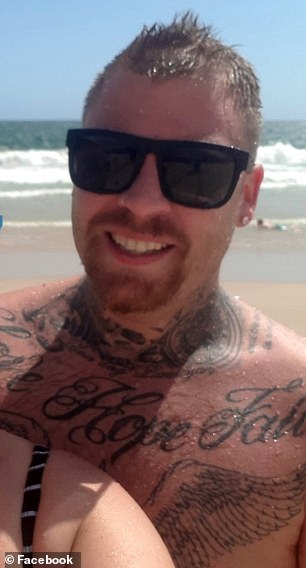 The father-of-three returned to the store and asked for his purchase to be examined for any potential faults, claiming it got ‘extremely hot’ after 10 minutes of use, the court was told.

The sex shop sales manager later called Pellicaan and informed him there were no issues.

The court heard he then verbally abused her in a string of phone calls, calling her a ‘c***’ and threatening to ‘sort her out’, The Sunshine Coast Daily reported.

‘He said he would take a replacement from the shelf and she would not be able to stop him,’ crown prosecutor Stipe Drinovac told the court.

The store owner joined the manager to remove all vibrators from the wall.

Pelicaan returned to the store and yelled ‘Where are the other toys?’ and threw a sex toy at a shelf, the court heard.

The sales manager approached Pellicaan and handed him his original purchase and once again said that no fault was found with the toy.

Pellicaan then threw the toy in the manager’s direction and it bounced off a cabinet and hit her lower left leg, the court was told. 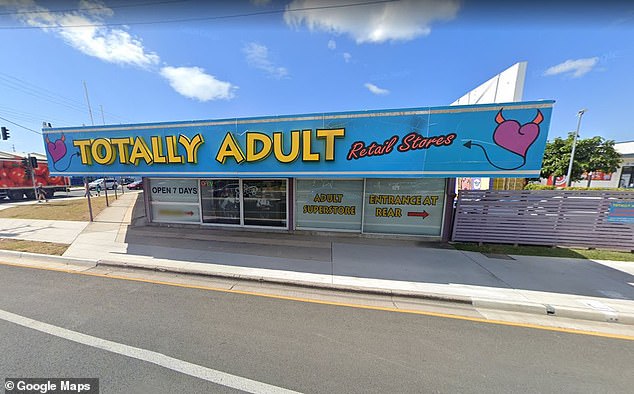 The sex toy was purchased from Totally Adult in Maroochydore, Queensland (pictured)

The manager pushed a police panic button and copped a hurl of abuse from Pellicaan.

He also approached a male employee who was visibly shaking from the ordeal and called him a ‘faggot’.

Pellicaan eventually left but was later arrested at his home where he verbally abused a female police officer, the court heard.

He was also placed on probation for 18 months and given a $200 good behaviour bond for two years.