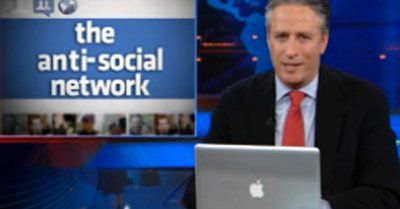 Jon Stewart has just joined Twitter, and is now the proud owner of a verified account. And, of course, his first tweet was about the redditors on r/WallStreetBets and their stonks.

While it may be the first time he’s made an appearance on Twitter, Stewart is already fitting right in — with a profile picture that’s not actually of him, but a dog.

This is bullshit. The Redditors aren’t cheating, they’re joining a party Wall Street insiders have been enjoying for years. Don’t shut them down…maybe sue them for copyright infringement instead!!
We’ve learned nothing from 2008.
Love
StewBeef

Fellow late-night commentator Stephen Colbert jumped in to welcome him to the platform, giving Stewart a quote tweet hours before his account was verified.

In his second tweet, Stewart thanked everyone for the warm welcome, but says he only plans to use Twitter in a “sporadic and ineffective manner.” (Opposed to the rest of us, who use it constantly and ineffectively.)

Thanks for the warm welcome! I promise to only use this app in a sporadic and ineffective manner.

It’s unclear what the future holds for Stewart on Twitter. Will he use it to promote his upcoming return to television with his Apple TV show? Will he actually say the word “stonks”? Whatever his plan is, it’ll be seen by a large audience — he’s racked up more than 120,000 followers in the nearly five hours since he first tweeted.

From all of us here at The Verge: welcome to Twitter.