A food blogger-turned-cookbook writer dubbed ‘the new Nigella Lawson’ has told how she embraced cooking as a way of being ‘useful’ when her late partner was diagnosed with cancer.

Ella Risbridger, 27, originally from Northamptonshire but now living in Lewisham, south London, was taught her culinary skills by boyfriend John Underwood, a writer who passed away aged 28 in April 2018.

John, who had the nickname ‘The Tall Man’ and raised £120,000 for charity after sharing his cancer battle on social media, was a passionate self-taught chef whose Instagram account was littered with photos of his creations, ranging from roasts to pies.

Speaking to the Financial Times, Ella – then 22 – told how she embraced cooking while in the depths of depression as a way of ‘being useful’ following John being diagnosed with a very rare, late-stage lymphoma in 2015. 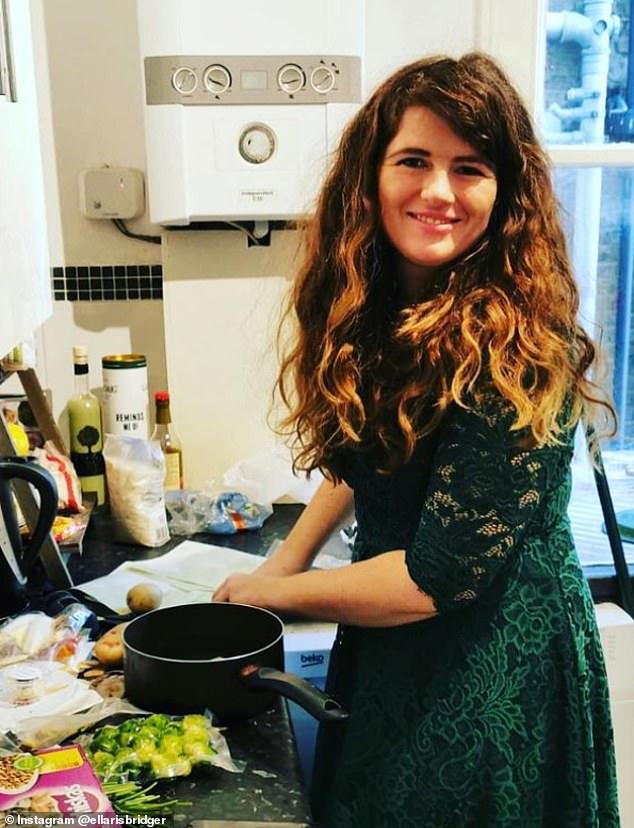 Ella Risbridger, 27, originally from Northamptonshire but now living in Lewisham, south London, has been dubbed ‘the new Nigella Lawson’ 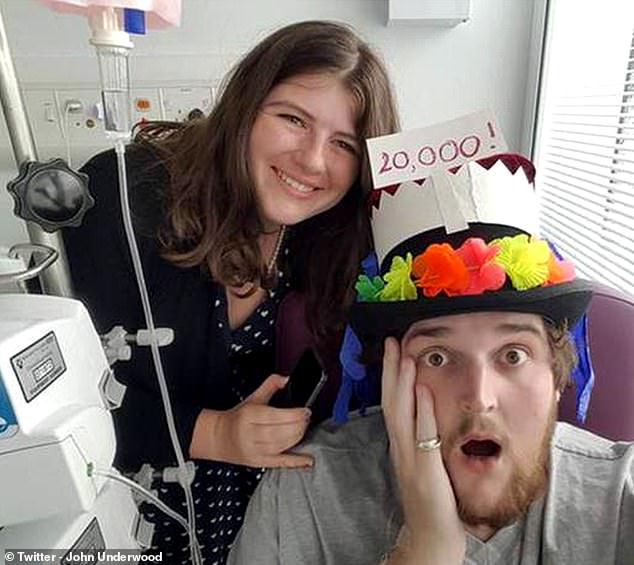 Ella was taught her culinary skills by boyfriend John Underwood, a writer who passed away from cancer aged 28 in April 2018

It was a devastating few years, with Ella previously telling The Times she felt she wanted to die and even at one point ‘tried to step into the path of a No 25 bus’.

Putting meals together and writing about food became a lifeline, and after his death, brought about by complications from a stem-cell transplant, she published Midnight Chicken (& other recipes worth living for), which became a bestseller.

‘This book was written in hospital corridors and chapels and in the long, lonely nights watching to see if he was still breathing,’ it explains. ‘And I wrote it at least in part to keep our world alive if he couldn’t be.’

The dish that inspired the title is one she made after a particularly raw attack of anxiety; she recalls in the preface to the recipe: ‘It was dark outside, and I was lying on the hall floor, looking at the chicken through the door… And wondering if I was ever going to get up… Eventually the Tall Man came home, and he helped me up. “Come on,” he said, and we went into the kitchen together, and I made this, late at night.’ 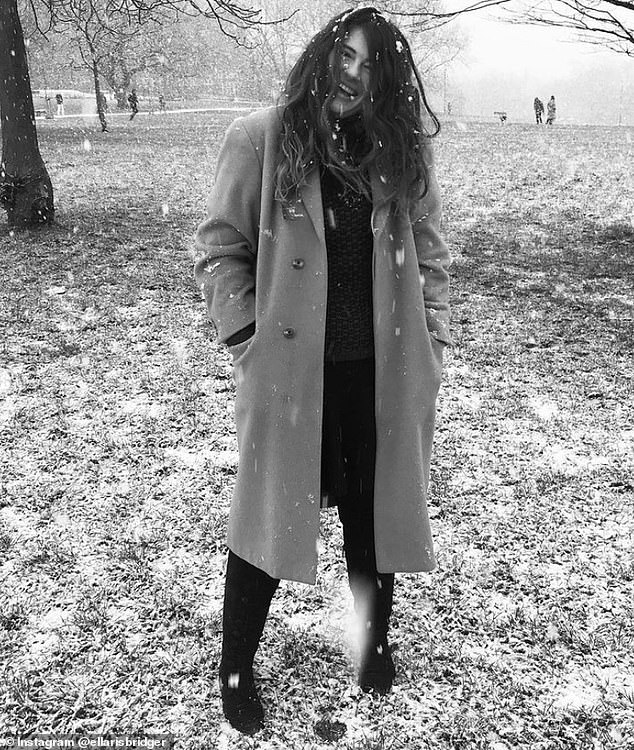 All the dishes in the book are accompanied by their individual back stories and anecdotes, giving the book more of a memoir feel, and offer guidance on when they are best prepared and eaten.

In the final pages, Ella explains: ‘This may have looked like a cookbook, but what it really is… is a manifesto of moments worth living for.’ 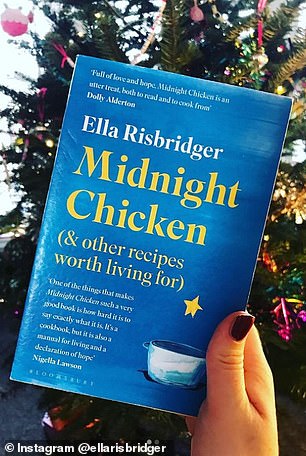 Ella’s cookbook Midnight Chicken (& other recipes worth living for), became a bestseller

In a sad twist of fate, John died just as Ella was finishing the final draft.

Parallels between Ella and Nigella have been noted, with the celebrity chef praising her cookbook as a ‘manual for living and a declaration of hope’.

Their similarities stretch beyond their shared passion for comforting, home-cooked meals; both women lost partners called John from ‘weird cancers’ at a young age and relied on cooking and writing about food to help get them through it.

Ella previously told the Irish Independent that she ‘naturally gravitates’ towards cooks who write in an ‘inclusive’ way about food ‘like Nigella’, arguing: ‘I feel very strongly that the minute you put any kind of ethical judgement on any way of eating – demonising bread or saying vegans are smug – you’re just taking the fun out of it.’

Ella’s bestselling debut book was released nearly exactly 20 years after Nigella’s How To Eat in 2018.

But being referred to as her successor doesn’t sit entirely easily with Ella, who noted at a joint event last year: ‘I was very nervous when I met her, as “New Nigella” suggests she is going somewhere which is wrong, as she is the absolute queen.’

Speaking to the FT, Ella admitted it’s a ‘very weird time to be a cookery writer’ and is desperate to go to ‘a lot of expensive restaurants and have people bring me a lot of little expensive plates of things’ or ‘just to go to someone else’s house or dinner’.