Six children have been arrested and another is on the run after they allegedly took a stolen car on a dangerous joy ride through the streets of Townsville in north Queensland.

A Toyota Landcruiser was stolen from Kelso around 5.20am on Saturday, before it was spotted driving at high speed on the wrong side of the road, through red traffic lights.

Members of the public were forced to take action to avoid being hit, and the car unsuccessfully tried to ram several squad cars, police say. 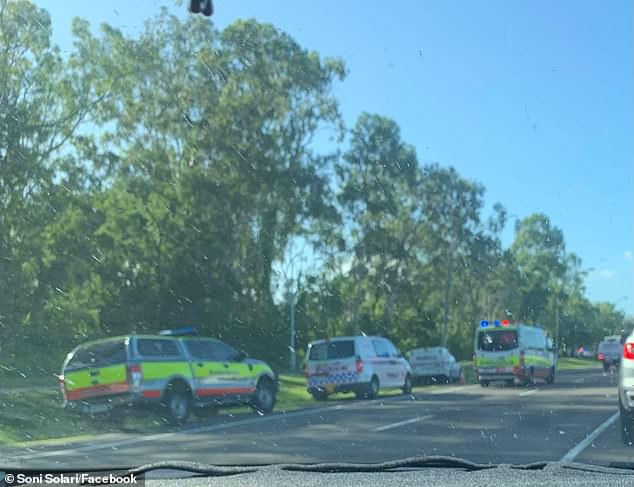 One police car lost control during the incident and hit a power pole, leaving an officer with head and spinal injuries and another with back injuries.

Both were treated at the scene and taken to Townsville University Hospital.

All were taken to hospital with minor injuries.

Police are looking for a seventh person, also a young male, who was seen running away.

Officers are appealing for witnesses or anyone who may have dash-cam footage to come forward. 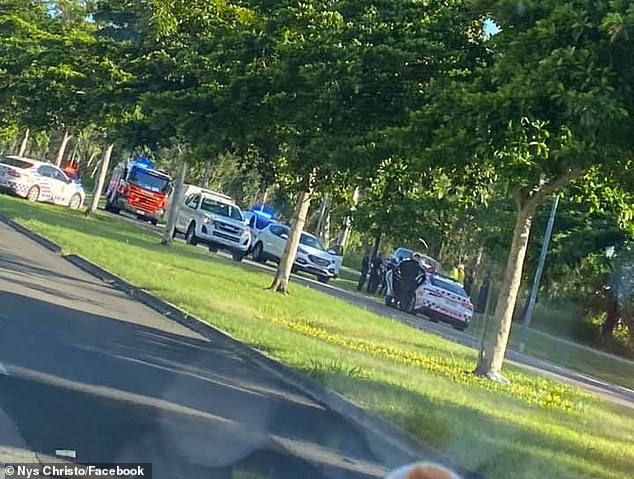