An elderly couple separated after they were both hospitalized with COVID-19 have been reunited and treated to a dinner date by nurses.

Frank Martinez, 93, and Masako ‘Terry’ Martinez, 86, were able to hold hands and eat together at St. Elizabeth’s Hospital in O’Fallon, Illinois, a picture shows.

The image posted to the hospital’s Facebook page shows the pair flanked by the two nurses who arranged for them to see each other.

It is not known how long the pair have been hospitalized. DailyMail.com has reached out for comment.

More than 26 million Americans have tested positive for the virus; 439,536 have died. 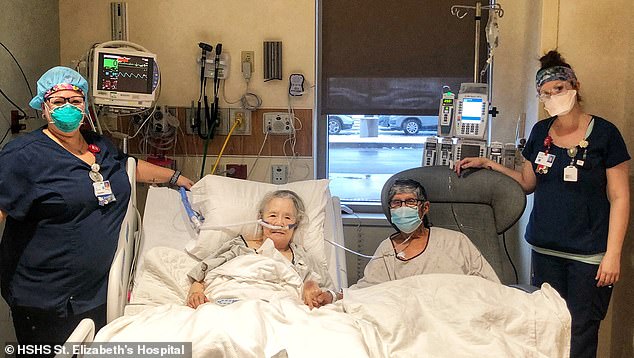 Frank Martinez, 93, and Masako ‘Terry’ Martinez, 86, were able to hold hands and eat together at St. Elizabeth’s Hospital in O’Fallon, Illinois. They are pictured with nurses Hannah Schlemer and Kim Presson

Nurses Hannah Schlemer and Kim Presson set about arranging for the pair to be reunited after finding out the couple were ‘were very dependent on another’.

They then moved Frank, a World War Two, Korea and Vietnam veteran, to be near his wife to enable the pair ‘to eat together for the evening’.

The hospital said: ‘Colleagues at HSHS St. Elizabeth’s Hospital have seen firsthand how the safety precautions and visitor guidelines have affected patients this entire year during the pandemic.’ 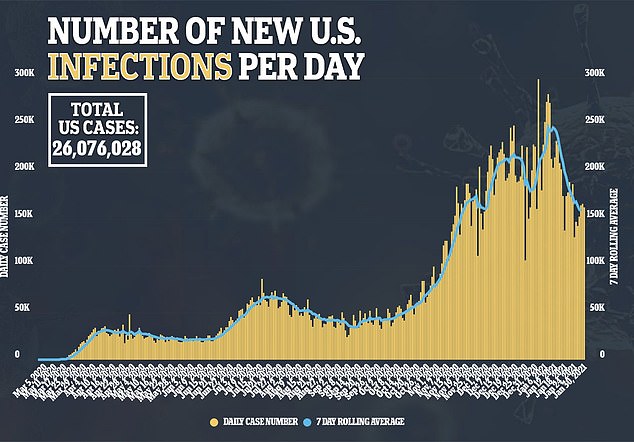 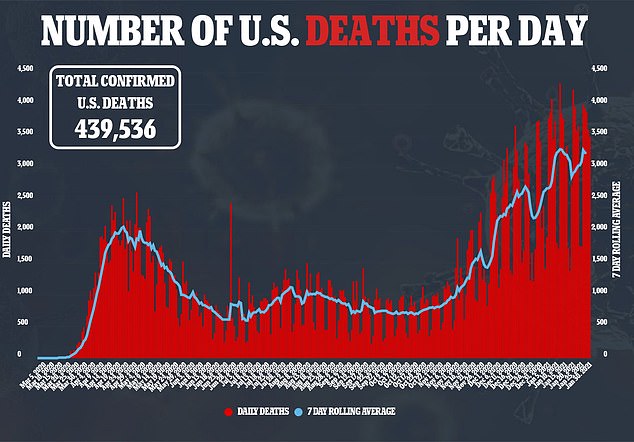 They added: ‘Patients Frank and Terry have been married for 63 years and are both in the hospital but in separate areas.

‘When a family member mentioned that they are always inseparable and very dependent on each other, their nurses, Kim and Hannah, made a plan.

‘The couple were treated to a special ‘Dinner Date’ night where they were able to see each other, hold hands and eat together for the evening. Just as they have done for so many years.’

Facebook user Chris Watson replied to the post: ‘Kim and Hannah, THANK YOU!!! I have known these two love birds since the 60s.

‘My parents were dear friends of theirs. And their family is so right. They were inseparable. They are the sweetest couple ever. Prayers for them and for all of you doing what you all do. THANK YOU!!!’ 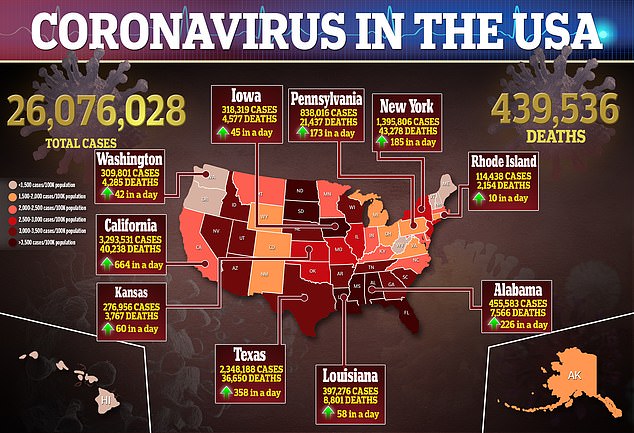