A security guard has been accused of racial profiling after targeting a young black man with dreadlocks at a Melbourne bar.

Footage of the incident at Crown Casino’s Petanque Social on Saturday showed the guard demanding three types of ID before asking him to leave.

The man’s friends claimed he complied with the instructions by showing various pieces of ID from his wallet, but was kicked out anyway. 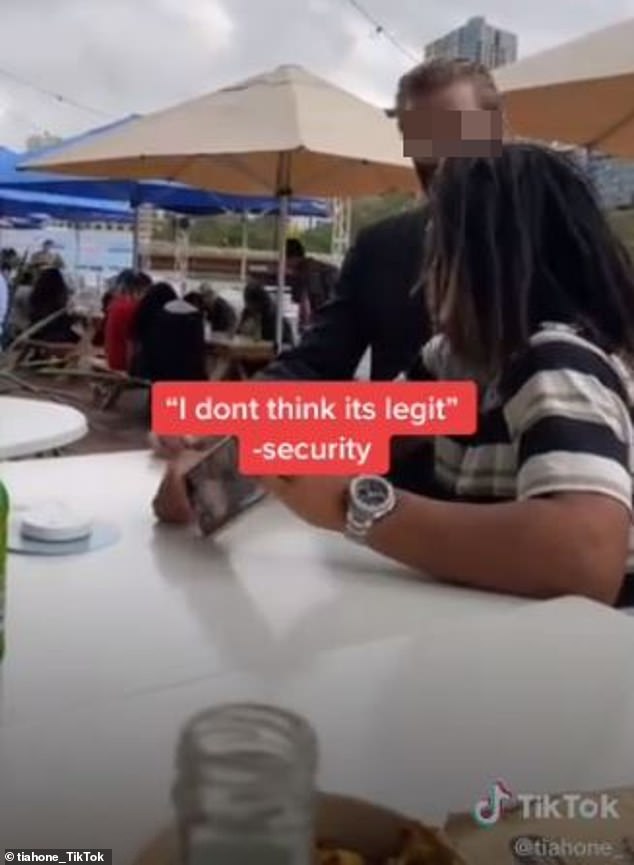 The footage with starts the group enjoying drinks and snacks in the outdoor bar area  overlooking the Yarra River when they’re approached by a security guard checking a patron’s driver’s licence.

‘I’m not happy with that ID so I’m not going to serve you,’ he tells a dark-skinned patron with dreadlocks.

The confused patron, identified as Arzel, 19, replies: ‘Why’s it not allowed?’

The security guard tells him he doesn’t think it’s legitimate.

‘Really!’ a bewildered Arzel says as his friends gasp in shock.

The security guard replies: ‘Yes, I’m serious. Alright, so have you got anything else?’

Arzel appears willing to provide other forms of identification to prove he’s of legal age, including a credit card and construction white card.

‘What you got to do is understand it’s your attitude as well so I don’t have to serve you for any reason so if you’re carrying on like this, I’m just going to ask you to leave anyway,’ the security guard tells him.

Arzel replies: ‘I’m not carrying on. I’m just asking why didn’t you ask everyone else?’ 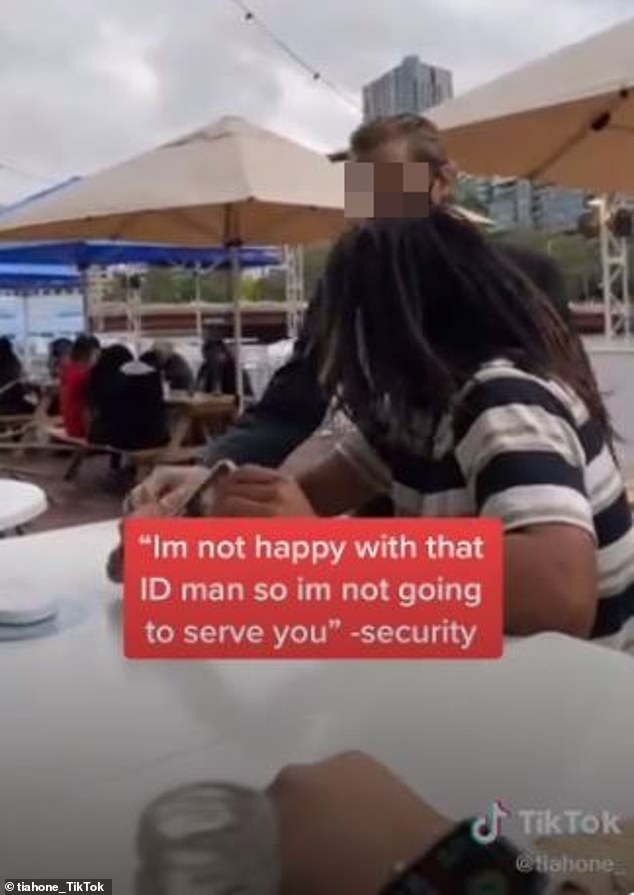 The security guard said he was planning to check everyone’s identification and then notices one of Arzel’s friends filming the incident.

‘Please stop filming, I don’t want you to film me please,’ he orders the woman, and after some protest she complies.

More footage shows the security guard continuing to argue with the group over Arzel not being able to provide suitable ID.

‘Just a racial profiling incident we experienced in Melbourne yesterday #BLM #racism,’ the video was captioned on Sunday.

The footage divided online viewers with some claiming the security guard was in the right and was simply doing his job. 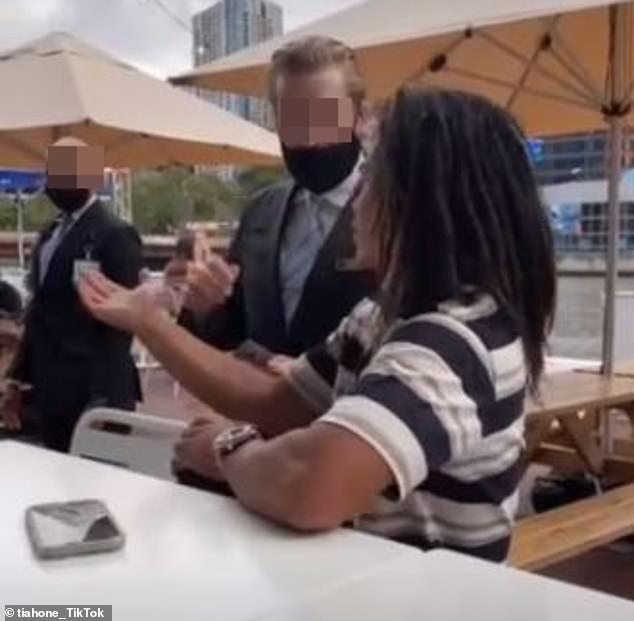 The security guard in the footage also accused Arzel of having an attitude, an opinion also shared by TikTok viewers

The security guard was being polite and the man did have an attitude,’ one woman commented.

But many others believed the security guard was in the wrong.

‘Security guards on a power trip as usual,’ one viewer commented.

The woman later posted footage of the group attending a police station to show them Arzel’s driver licence.

While officers can be heard suggesting to Arzel he order a new licence due to wear and tear of his current one, they agreed it was legitimate. 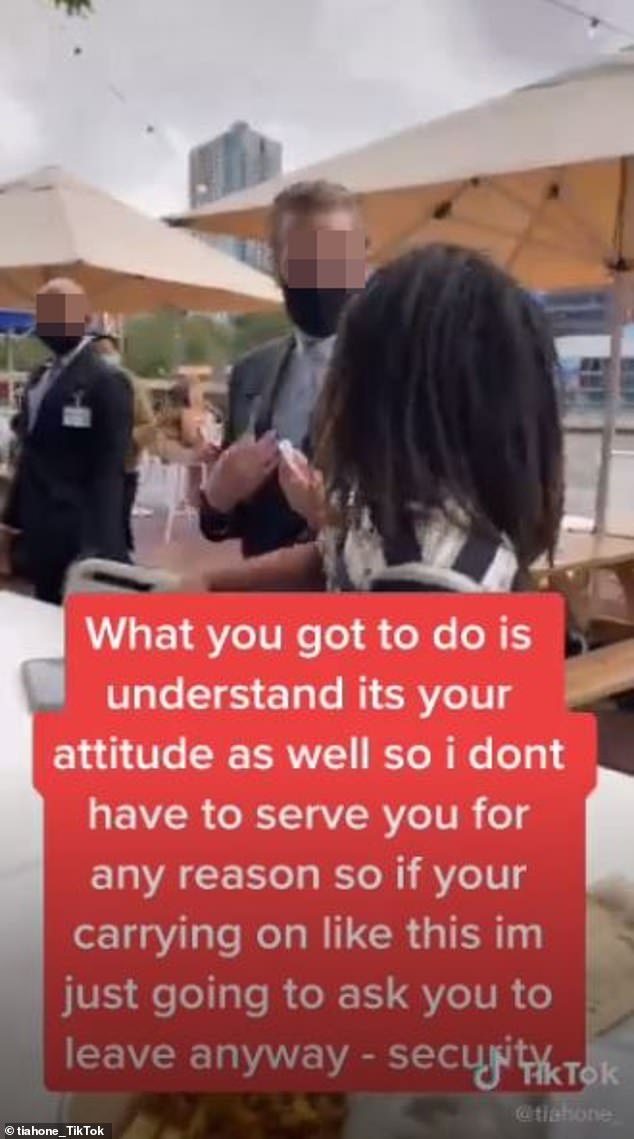