A strict uniform list banning generic jumpers and pants in a Sydney’s primary school’s colours has parents divided – with some calling the new measures ‘too much’ for struggling families.

The list, from a public school in Sydney, bans plain sloppy joes (loose jumpers), fleeces and school-coloured jackets – accepting only the official uniform which has an embroidered emblem.

Generic shirts are also banned, as all shirts must have the official school logo. 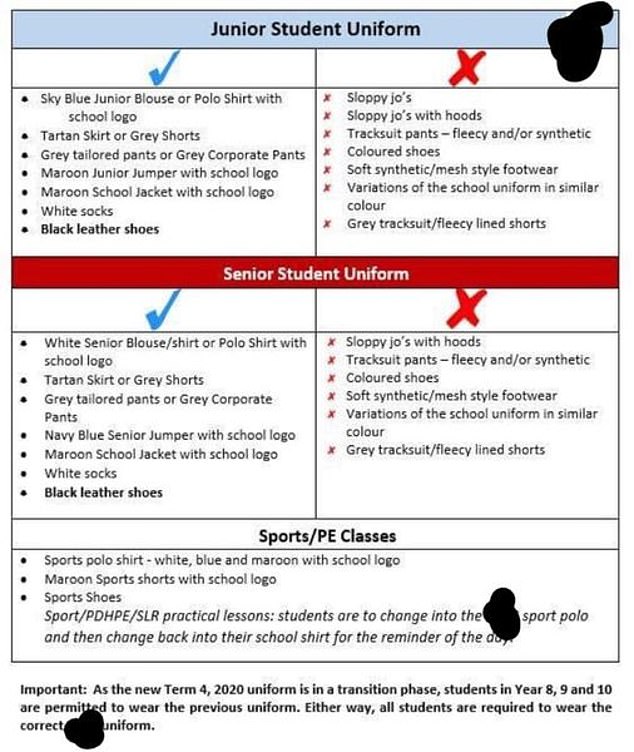 The pants must be grey tailored pants, and trackpants are not allowed.

The mum who posted the list said she thinks it is too much for her school to ask for, but asked if she was out of touch.

‘I understand that there are ways to obtain funding and financial help with school supplies however I believe for a public school essentially stating anything up there than items with a school logo is absolutely ridiculous,’ she posted.

‘I mean I may be interpreting the policy incorrectly but if this is the case what about low income or single income families that rely heavily on buying their child’s uniform from Best and Less and Kmart as it is all their budget allows?’

Do you think the uniform policy is too strict?

Some parents said the list is ‘normal’ for schools now – with one woman explaining three of the branded school shirts can cost more than $120.

Another said her daughter’s tunic for kindergarten was $60.

‘I watch the second hand groups but they get snapped up so fast,’ another said.

But others liked the policy, with one saying it makes the children look ‘the same and respectable’.

‘Most high schools want everything school logo, they want them all to look the same, and no tracksuits so they can look more professional and take pride ready for work force,’ said one person.

‘School policy varies from school to school but they are well within their rights to have all of the kids in the same stuff,’ added another. 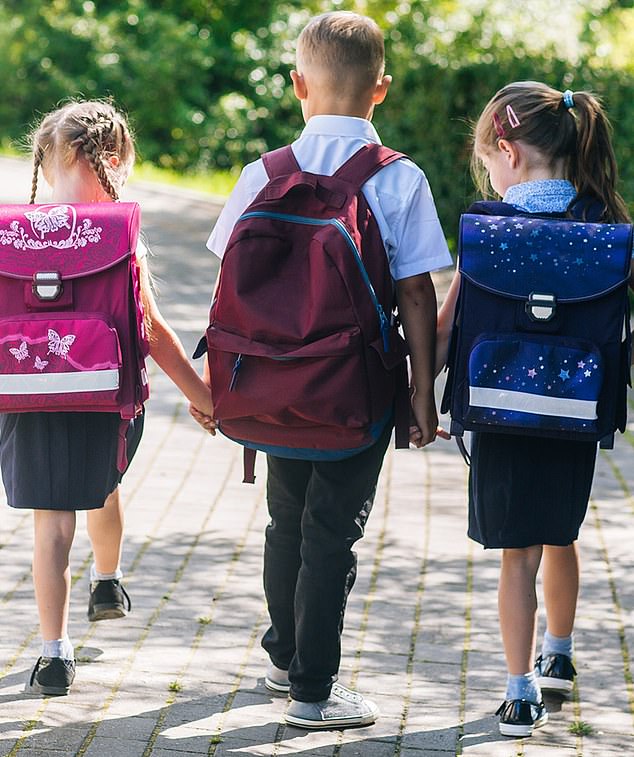 Many people said they were disappointed the option of buying cheaper uniform ‘top-ups’ from budget retailers was no longer an option.

Others said they believe the uniform is to mask poverty in the school uniform.

‘The kids might all look the same but the kids know who is low income,’ one mum said.