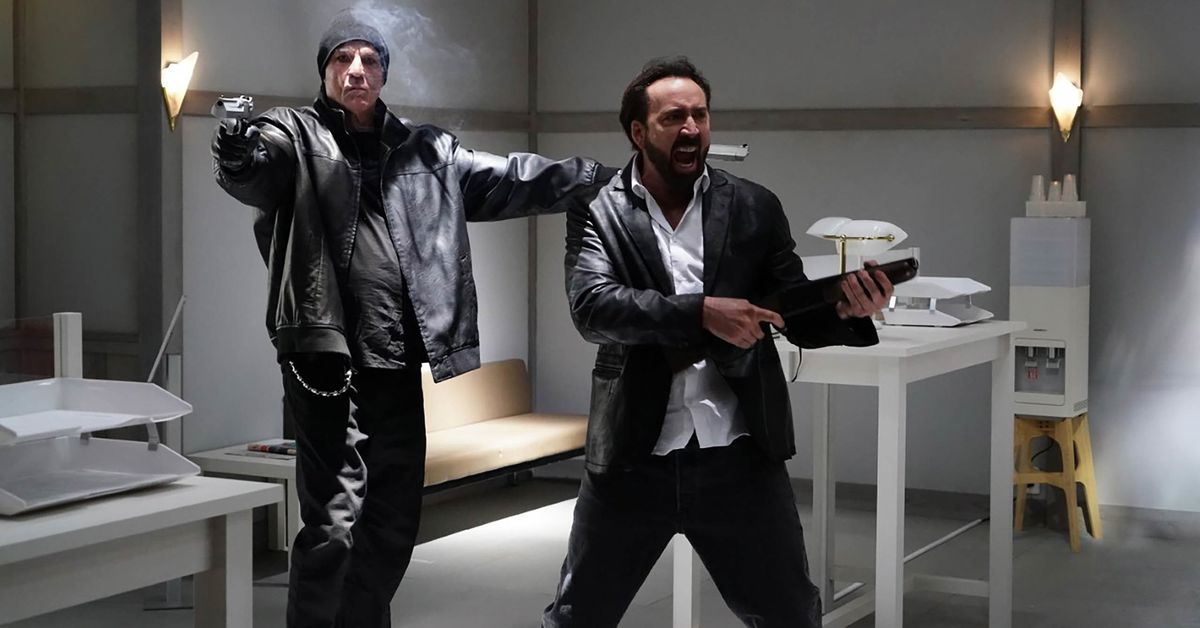 Like most recent events, the 2021 edition of the Sundance Film Festival has shifted from an in-person showcase to a virtual one. Despite the change, we’ll still be bringing you reviews and insight on the most interesting experiences we find, from indie films to VR experiments.

Prisoners of the Ghostland seems like a movie made for Nicolas Cage. It’s the English language debut from prolific Japanese director Sion Sono — Western audiences might know him best from the strange and gruesome series Tokyo Vampire Hotel on Amazon Prime Video — and it mashes together elements of Westerns, samurai films, and post-apocalyptic action movies. Cage’s genre work has become a genre itself, thanks to cult hits like Mandy and Color Out of Space. So on the surface, it sounds like a perfect match — but Prisoners of the Ghostland never manages to rise to the level of its cast or premise.

The premise is, admittedly, incredible. Cage, playing a hardened criminal known only as Hero, is enlisted by a man called the Governor to rescue his granddaughter from a treacherous, and possibly supernatural, place called the Ghostland. But he takes some elaborate precautions, as Hero is infamous for eluding capture. Cage’s character is outfitted with a leather suit full of explosives and a questionable array of sensors. If he motions as if to attack a woman, for instance, a bomb in the arm will explode. Likewise, if he gets, too, uh, excited, a bomb in his crotch will detonate.

The world, meanwhile, pulls from a variety of inspirations to create some visually beautiful sets. Sheriffs in cowboy hats mingle with sword-wielding rōnin, and the Ghostland itself is like a trippier version of a Fallout-style wasteland, complete with a strange cult that turns humans into mannequins and fights to keep the hands on a giant clock from moving so that time will stand still. When the people of the Ghostland see Hero for the first time, they inexplicably start chanting about his “thick, red blood.” It’s a strange and disorienting world, and it’s a lot of fun just to look at.

Unfortunately, the premise and worldbuilding largely feel wasted on a movie that doesn’t live up to either. For starters, there’s the star performer. Arguably, the main draw of this movie is Cage at his most Cage: manic, wild, overacting. But his performance is disappointing. For the most part, he’s just angry, but not the kind of fun-angry that makes a B-movie enjoyable. There’s an uncomfortable rage as he yells “I’ll karate chop you!” at a crowd of strangers or screams at the woman he’s rescuing to undress. There are a few fun bits of dialogue — most notable is Cage bellowing the word “testicle!” in front of a big audience — but they’re far too rare.

And then there’s the story, which is completely incomprehensible. This isn’t always a bad thing, as there are plenty of genre flicks where the narrative is just an excuse for cool action scenes, but that’s not the case here. (The only interesting fight sequence happens at the very end of the movie.) Instead, Ghostland overwhelms you with story elements, yet, somehow, things never get any clearer. The narrative is both underdeveloped and overexplained. There are copious flashbacks, dream sequences, and even a scene involving a literal slideshow presentation on the horrors of toxic waste. All these do is serve to complicate what should be a straightforward story.

Really, this is a movie that gets in its own way. I want to watch Nic Cage in an explosive leather suit digging through the wreckage of a post-industrial wasteland while fighting off samurai, cowboys, crazed cults, and toxic zombies. I mean, who doesn’t? But Ghostland doesn’t give you enough of that. Instead, you have to wade through needlessly long exposition and far too many “weird for the sake of weird” moments to get to the good stuff. It’s still a movie destined to achieve cult status based on its premise alone. But when you head to a theater years from now to indulge in a marathon of Cage’s best genre work, this definitely won’t be the headliner.