The federal government has opened the door to a ‘targeted’ JobKeeper extension that would support Australia’s struggling tourism and hospitality industries.

The government is paying employers a reduced $1,000-a-fortnight wage subsidy until March 28 to keep staff on their books who would otherwise be out of work.

Beyond that date, Prime Minister Scott Morrison warned industry leaders not to expect another large stimulus package – announcing on Monday the ‘blank cheque’ of endless taxpayer money could go on no longer.

However, Finance Minister Simon Birmingham said on Tuesday the government was considering targeted support for industries still hit hard by the Covid-19 pandemic. 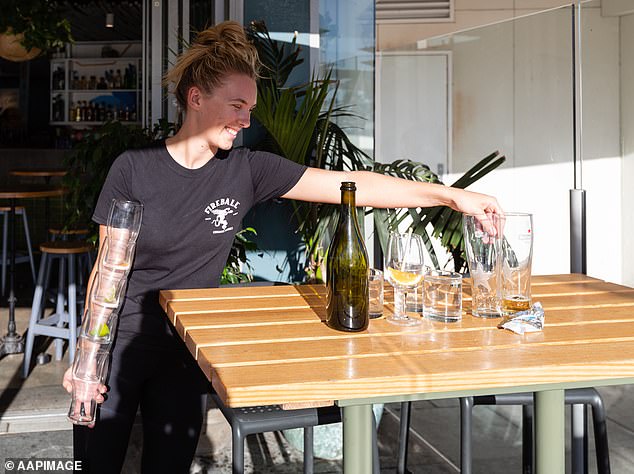 Staff clear the tables at a pub at Scarborough Beach in Perth on Sunday. The government is still considering targeted support for industries beyond March 28, Finance Minister Simon Birmingham said on Tuesday

‘The comeback has been enormous across our economy with some 800,000 jobs being generated,’ he told Sky News.

‘More than 90 per cent of those who have lost their work are back in a job.

‘Looking forward, there are going to be lasting changes as a result from Covid. Some businesses won’t find that their business models from before are as viable in the future as they might have to be so they’ll have to make structural changes.’

The Morrison Government has already confirmed more than $400million in targeted support for the tourism sector – including $308million to help revive regional airlines.

The hospitality sector is also in discussions with the federal government in the hope of securing more financial assistance when the wage subsidy ends.

On Sunday, Treasurer Josh Frydenberg said ‘targeted support’ could be on the way for industries like tourism that have yet to re-open fully.

The prime minister told the National Press Club on Monday the government would make a decision on the JobSeeker rate before the end of March.

‘We’re waiting on the data,’ he said. 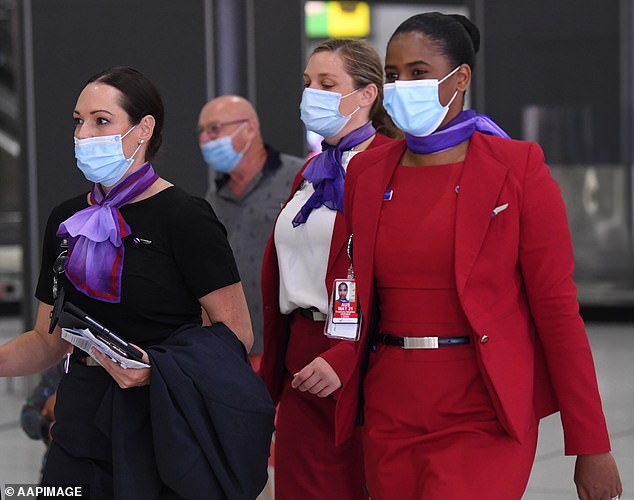 Virgin Australia flight crew in Melbourne in January. The federal government has already earmarked more than $400million in additional targeted support for the tourism sector 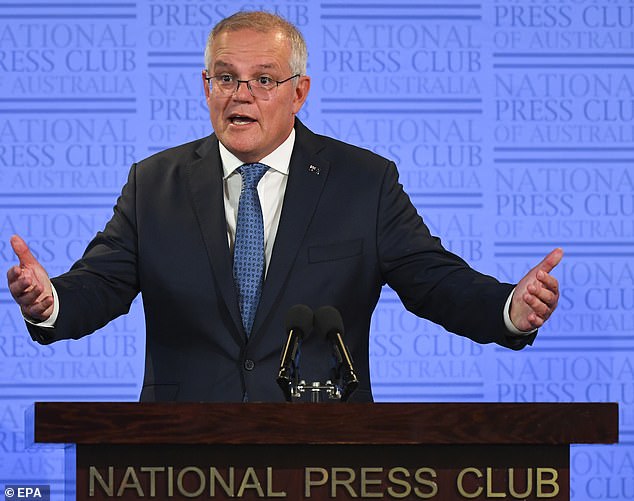 Prime Minister Scott Morrison at the National Press Club in Canberra on Monday, where he warned industry leaders not to expect another large stimulus package when JobKeeper ends

‘It’s easier to keep jobs and businesses going than is to see them collapse and then try and restart again,’ he said.

Australian Council of Social Service chief Cassandra Goldie said there needed to be a permanent and adequate rise in the rate of JobSeeker, Youth Allowance and other payments of at least $25 a day more than the old Newstart rate of $40 a day.

‘With only one job for every nine people searching, the insecurity is wreaking havoc on people’s mental health and leaving them to face the heart-breaking decision of whether they’ll be able to afford to continue living in their home,’ she said.