British tourist, 61, is missing after being swept away by raging seas in Barbados

A British tourist is missing after being swept away by raging seas off the coast of Barbados.

Police and the local coast guard are searching for the man, 61, who was last seen on the beach near Sunset Crest, St. James on Monday.

A police spokesman at Holetown Station said that they received a report from a member of the public who saw a man on the beach. 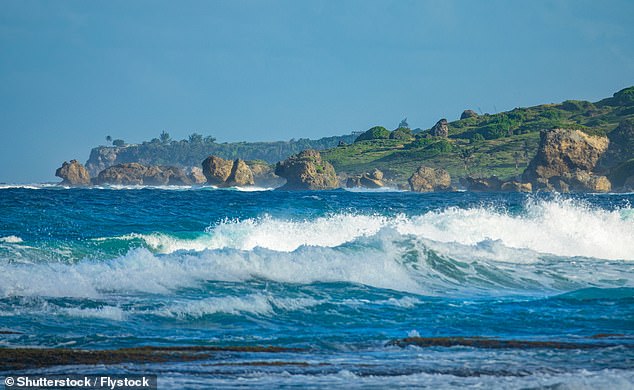 The tourist, who was staying at a guest house in Sunset Crest, was repeatedly warned by other beach-goers not to venture into the water due to rough conditions.

He nevertheless ventured into the sea and was bit by a large wave.

The witness said he did not see the man resurface and could not find him after looking for him.

Police, coast guard, and other personnel have searched both land and sea.

A police source said: ‘The man was on the shore before he eventually went into the ocean.

‘He was warned about the danger by the locals but it did not seem that he listened to their advice. The sea was very choppy and he was told that he should not go in the water.

‘He ignored the warnings at his own risk and peril.’