A father-of-three suffered a broken skull and stab wounds after was attacked with an axe when he rushed to his neighbour’s aid during a terrifying home invasion.

Russell Irwin, 41, was roasting marshmallows with his family when he heard the petrified screams of his female neighbour coming from her home in Cranbourne North, Melbourne, at about 7.15pm on Monday.

Three men had stormed into her house armed with an axe, machete and gun.

Mr Irwin jumped over the fence and ran to his neighbour’s aid before the intruders turned on him. 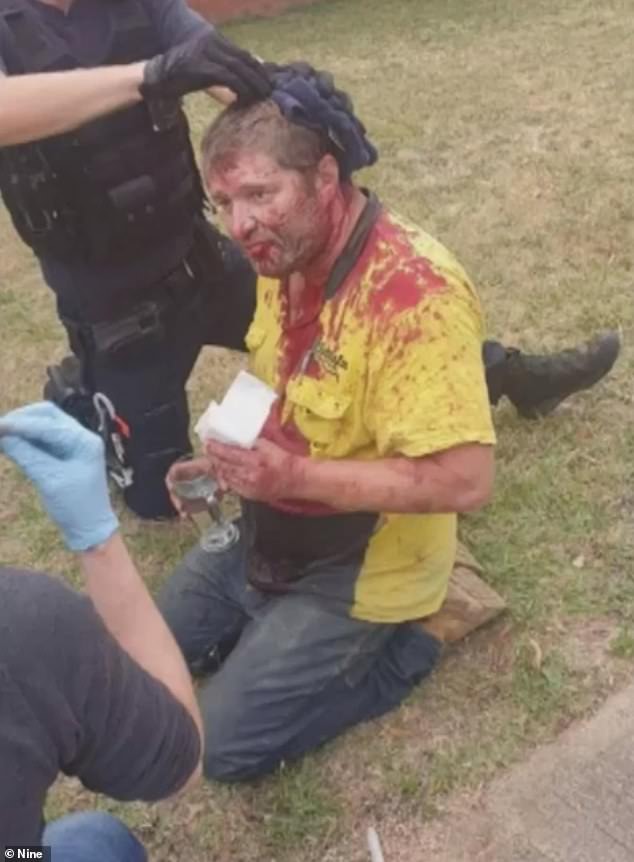 One stuck his head with an axe, breaking his skull.

‘It could’ve killed him … left three kids without a dad … us without an uncle … it’s disgusting,’ a relative told Nine News.

‘I honestly think if it wasn’t for him she probably wouldn’t be around.’

His children were just metres away from the attack.

‘An innocent man was just in the backyard with his family and has come to the aid of a neighbour, and unfortunately been attacked himself,’ he said.

‘The victim is extremely brave.

‘I know the occupants of this address are very grateful for his involvement.’ 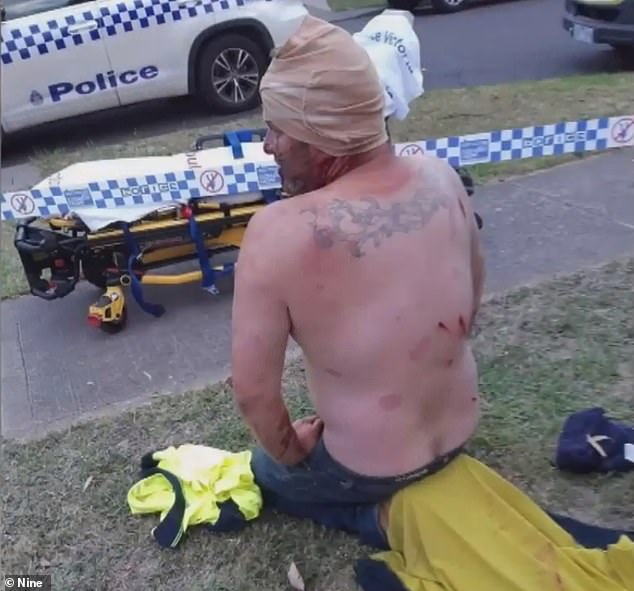 The offenders stormed the neighbour’s home, demanding money before attacking the father-of-three (pictured) when he came to help, breaking his skull with an axe

The attackers fled the scene and remain at large.

‘Police are investigating whether the home invasion was targeted or an isolated incident,’ Det Snr Const Fiore said.

‘We think there may be a relationship but we’re not sure.’

According to witnesses, three men demanded money but fled after attacking to the hero father when he intervened.

The men split ways – two headed towards Lawless Drive and the other fled though a neighbour’s backyard, dropping his machete.

Nearby witnesses bravely chased off one of men, described to be Caucasian.

Police are investigating if that man escaped in a blue Mitsubishi or a silver SUV vehicle.

Police are urging anyone who witnessed the attack to contact Crime Stoppers on 1800 333 000 or file a report online. 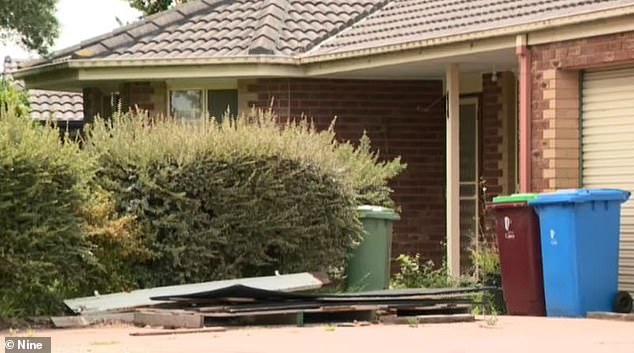