Australia has made a huge move against China with a multi-million dollar investment in a key industry the communist government has dominated for decades.

The Tasmanian Government will put $10million towards helping to revive a King Island mine to produce tungsten, a mineral seen as critical to national security.

China currently controls about 83 per cent of the world’s tungsten production – a near monopoly on global supply.

The Trump administration in 2018 declared tungsten one of 35 minerals ‘essential’ to the United States’ economic and national security, though the country does not have a mine producing tungsten.

Australia meanwhile currently only has a small working deposit, located in Tasmania, leaving the two countries vulnerable to controls on exports. 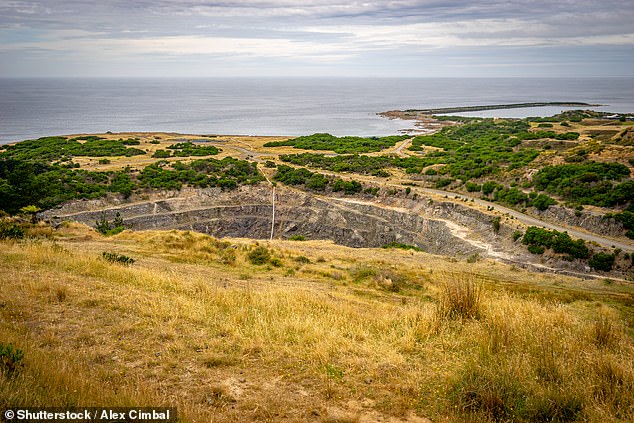 The Tasmanian Government has offered a $10 million commercial loan to help revive King Island Scheelite’s Dolphin Mine (pictured) which produces scheelite, a form of tungsten

The King Island Scheelite company’s Dolphin Mine has been closed since 1992 due to a downturn in global tungsten prices. It had been producing Scheelite, a form of Tungsten since 1917 on the island, located halfway between Tasmania and Victoria.

The price of tungsten, the second hardest mineral after diamonds, has rebounded in recent years with the mineral used widely in automotive and aerospace industries.

‘Tungsten is a strategically significant metal and a key input to industries that are vital to national security,’ King Island Scheelite Executive Chairman Johann Jacobs said.

‘We note that several Western governments have recently identified a crisis in the supply chain for critical minerals, particularly tungsten, for which North America currently has no mines in production.

‘We see a close alignment between the company’s development objectives, the Tasmanian Government’s interests in maintaining and growing both Tasmanian jobs and export revenue, and the strategic objectives of the Australian Government as implemented by Austrade and the Critical Mineral Facilitation Office.’

Tasmania’s minister for state growth, Michael Ferguson, said the government had offered a $10 million commercial loan, repayable over 10 years, to help progress the Dolphin Mine. 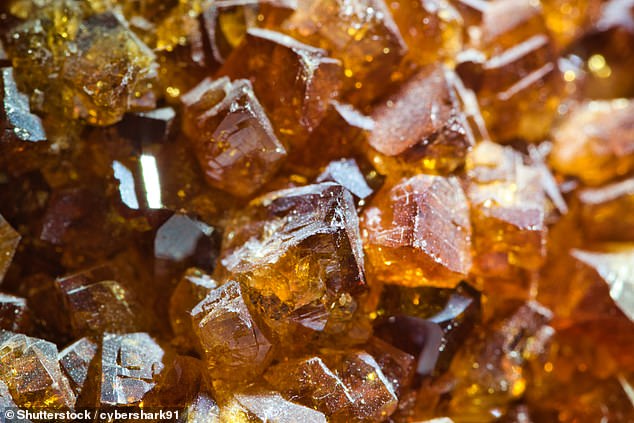 The Dolphin Mine on King Island, halfway between Tasmania and Victoria, had been producing Scheelite (pictured), a form of Tungsten since 1917

‘While the project is still contingent on a number of other requirements, which the company is progressing, this is an important step in moving it forward.

‘This will allow the company to continue the additional capital-raising necessary to bring it to fruition.’

‘It would be great to see a clever, job-creating mine up and running again under this proposal, producing significant social and economic benefits for the King Island community,’ he said. 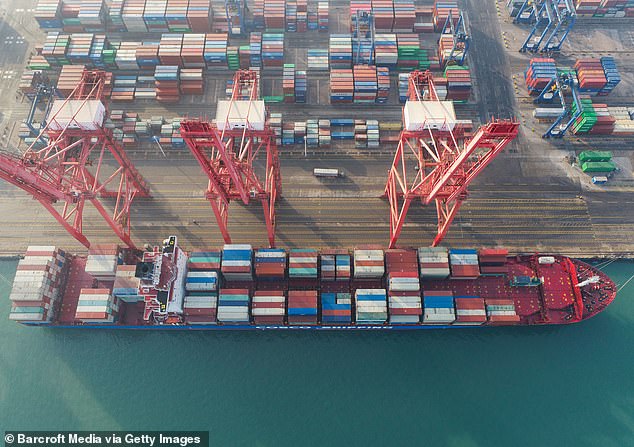 Australia and China have been engaged in trade disputes for about a year.

In December, Australia referred China to the World Trade Organisation over its 80 per cent tariff on barley imposed last May.

Beijing claims the tariffs are needed because Australia has been selling barley below the cost of production in a practice known as dumping, which Canberra denies.

China last year also blocked most of Australia’s top exports such as coal and meat.