A home cook’s unconventional method for separating eggs has sent social media into a frenzy – and you can follow his lead if you have some garlic in the kitchen.

In a now-viral TikTok video, Callum Gray shows viewers how one clove of garlic will put an end to the traditional practice of cracking shells and painstakingly transferring the yolks and whites back and forth until they have separated.

The clip starts with a piece of peeled garlic sitting next to an empty mug and a bowl filled with a freshly cracked egg.

The amateur chef, who lives in the UK, rubs his thumb and index finger on the garlic for a few seconds before pinching the yolk and pulling it apart from the whites as if by magic. 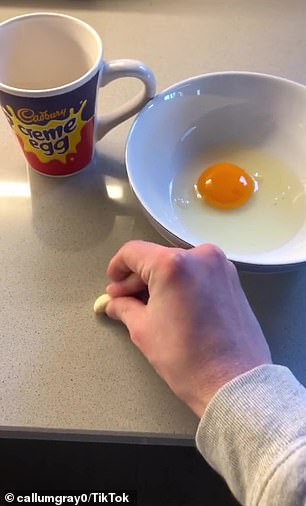 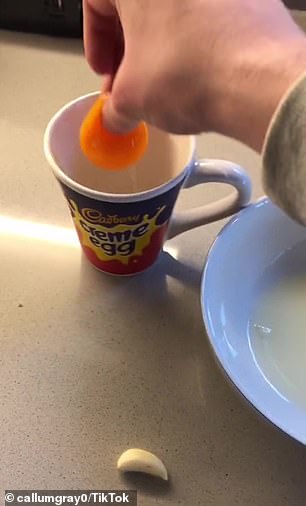 A British man’s trick for separating egg yolks from whites using a clove of garlic (pictured) has shaken the internet, racking up 8.9million views since it was shared online on January 24

Mr Gray transfers the yolk into the mug without leaving a trace of golden yellow in the whites.

Eggs must be separated for many cakes and desserts such as pavlova, which requires whites to be whipped alone.

Using Mr Gray’s trick will shave minutes off your time in the kitchen each time you need to do so.

The video, which has been viewed a staggering 8.9million times since it was uploaded online on January 24, has sparked thousands of stunned responses.

‘How does one figure this out?’ one person wondered.

‘I wonder what the first person who did this was thinking while doing that,’ added a second, while a third wrote: ‘Legend has it his hands still smell like garlic to this day.’ 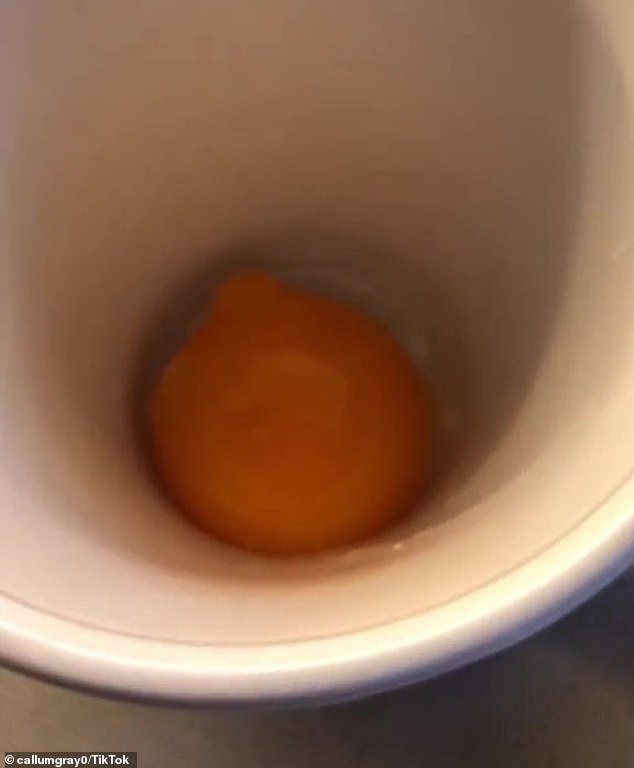 ‘Bro that’s some type of witchcraft,’ said a fourth.

Many said they have learned more about life on social media than they ever did in a classroom.

‘TikTok really teaches me more than school,’ one woman said.

Others tried to determine why the garlic enables you to handle the yolk.

One person suggested: ‘I think it’s because garlic residue is sticky.’