‘Look at the size of it!’ Shocking moment 14ft SNAKE is found on Scottish construction site

Shocked construction workers found a massive 14ft snake on a building site in Inverclyde as police hunt for others on the loose.

The snake was found by a group of workers in hi-vis working for housing association River Clyde Homes in Greenock, Renfrewshire.

Photos and videos uploaded to social media yesterday claimed several other sightings of similar-sized snakes across the town, in west-central Scotland.

Initially it was thought the animal had died. However, last night police issued a statement saying the snake was alive and being examined and cared for ‘at a local veterinary practice’. 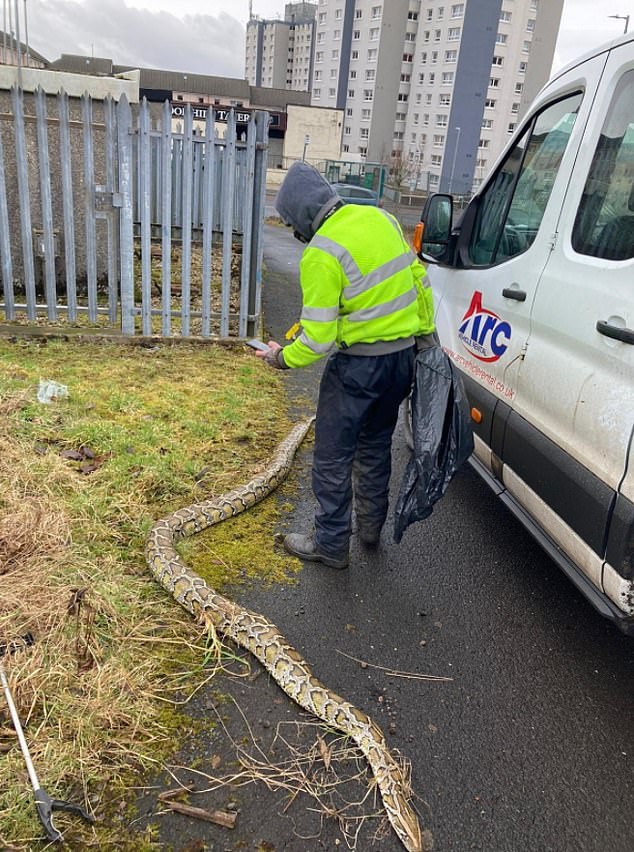 A second video, appearing to show a large, dead snake on a hillside overlooking the town also surfaced yesterday.

Though it is unclear whether any other big snakes are on the loose, Police Scotland are investigating reports of sightings.

Videos of the 14ft snake’s discovery, opposite a normally busy pub, were posted online in the hours that followed.

As workers tackled the reptile, one shocked man was heard exclaiming ‘f****** hell man, look at the size of it’. 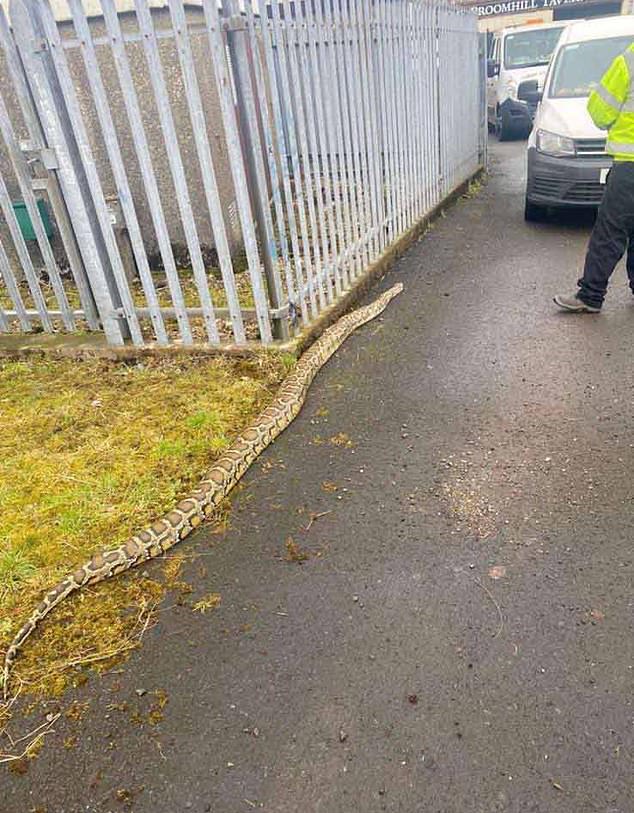 Police were called in, and the snake was taken to a vet. Initial reports said it had died, however this is believed to be a second snake

Police Scotland said officers had received reports of the video and had dispatched officers to the scene.

A spokesman for River Clyde Homes said: ‘Staff from the Environmental Team at Home Fix Scotland discovered a dead snake and immediately contacted the SSPCA.’

The force said: ‘Police Scotland report that a large snake was found earlier today in Greenock.

‘The snake, which is approximately 14’ long is currently being examined and cared for at a local veterinary practice.

‘Local social media posts have highlighted this incident with photographs and commentary around the find, and at this stage there have been a number of other similar reports relating to snakes being spotted in the local community.

Inspector Paul Thompson at Greenock Police Station said: ‘Officers are currently dealing with the reports of a number of sightings of large snakes in the Greenock and Gourock area. 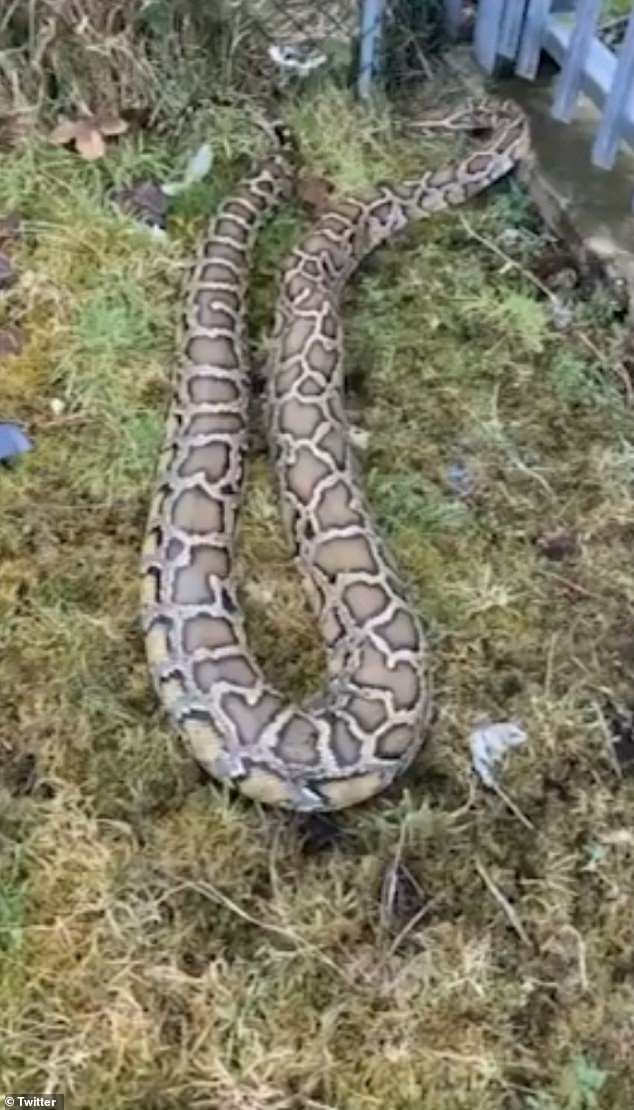 ‘I would urge anyone who may come across a snake not to approach it, but to call police reporting its position. At this stage we are carrying out local enquiries in order to establish if anyone is missing any snakes.’

The SSPCA confirmed it had received a call about the snake but said officers did not attend.

Locals on social media found the funny side of the incident with one saying: ‘Greenock’s best gaff in the country no doubt, where else in Scotland has snakes kicking about it the now.’

Another added: ‘As if there weren’t enough snakes slithering around the streets of Greenock.’

And another said: ‘Wouldn’t mind so much but I had a dream about being attacked in Greenock Tesco by a snake the other night.’