There are two new decadent flavours to try – including the original toffee and chocolate – both covered in the classic vanilla biscuit crumbs.

‘A popped time is a Gaytime! Golden Gaytime Popcorn – the iconic combination of Gaytime vanilla biscuit crumbs and toffee you love, now in irresistibly morsels of popcorn,’ the description read.

The popcorn has been spotted at a handful of Coles supermarket stores, but the range officially launches nationally from Monday, February 15. 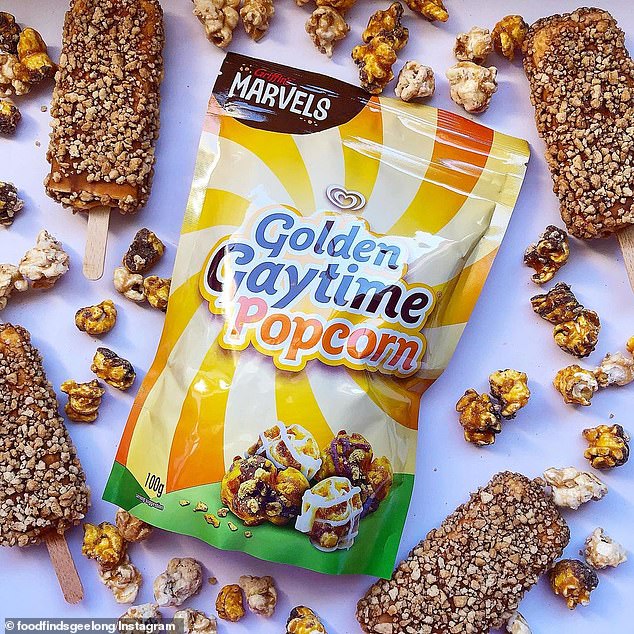 Two foodies, from Melbourne, who blog under Food Finds Geelong, rated the products a nine out of 10 after they got to try the new popcorn range.

‘This collaboration is so cool and we really haven’t had something like this in Australia before! We love caramel and other sweet popcorn so we might be bias… but we loved this,’ they wrote.

‘It doesn’t taste exactly like a Golden Gaytime but there is a resemblance, lots of creamy toffee coated popcorn with milk chocolate drizzle as well as creamy vanilla biscuit coated popcorn.

‘The chocolate ones are good too with hints of caramel flavour but we definitely prefer the original – but overall they both have great texture, lots of coating, fun packaging and they’re the perfect snack.’ 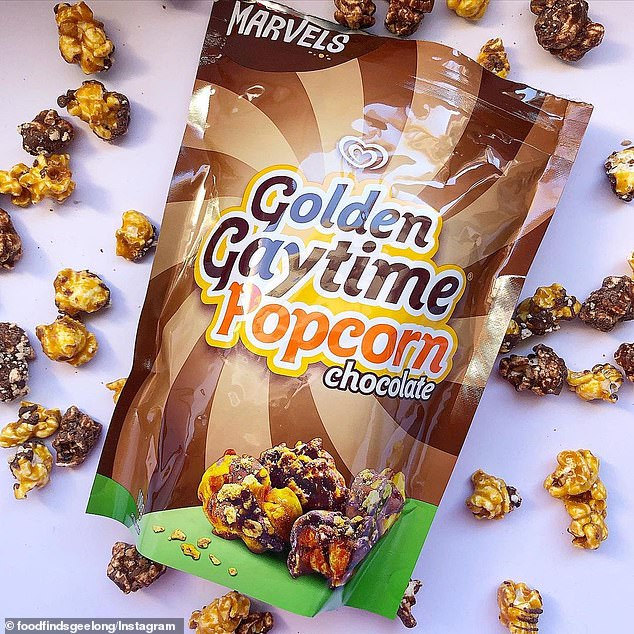 Hundreds of shoppers are already excited to get their hands on the new creations, with one woman tagging her partner in the post about the new launch, saying: ‘Either come home with multiple packets or don’t come home at all.’

‘Shut up and take ALL my money,’ another said, while one added: ‘This is the happiest day of my life.’

Meanwhile, many joked the ‘tempting’ treats could ruin their fitness goals, with one woman saying: ‘Here I am trying to lose weight and they bring these out.’