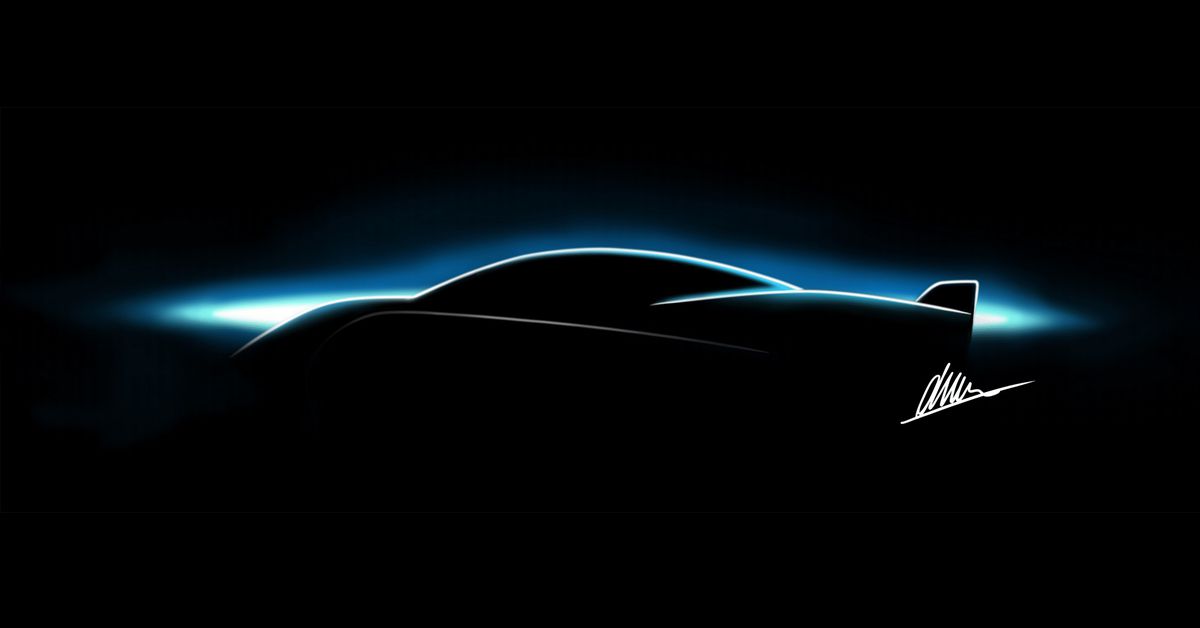 A new engineering and design startup called Silk EV headquartered in Italy’s venerable Motor Valley is more than just another attempt at making an electric hypercar. It’s also the latest arrow in the quiver for China’s massive Belt and Road project, though the first that deals with electric cars.

Silk EV announced on Tuesday that it will co-develop an “ultra-luxury hypercar” called the S9 in the home region of Lamborghini and Ferrari with First Automobile Works (FAW), China’s original state-owned automaker. The S9 will be part of the Chinese automaker’s longstanding Hongqi brand, which means “red flag” and was once exclusively made for high-ranking Chinese government officials before becoming more widely available.

The two companies didn’t release any specifications about the S9, or any photos, save for a teaser image. In a press release, Silk EV said the vehicles it makes with FAW will “combine a dynamic, sustainable, and exclusive driving experience with the use of cutting-edge technology and innovation, delivering to China and the world the next-generation of luxury new energy vehicles.” One of the few things announced Tuesday is that the car is being designed by Walter de Silva, who has styled vehicles for Alfa Romeo, Audi, and Lamborghini, and headed up design for the Volkswagen Group in the late 2000s and early 2010s.

China’s Belt and Road initiative is a massive effort to spin up infrastructure projects across Asia, Europe, and Africa that, in total, roughly trace the old Silk Road. The projects span dozens of countries and vary in size and scope. There are massive railways, hydropower plants, dams, and bridges. And in some places, like Djibouti, China is attempting to do nearly all of the above.

Belt and Road has, until now, been more about infrastructure

While the Chinese government frames the Belt and Road initiative as one ripe with diplomatic and economic opportunity, the country has been accused of saddling some of its smaller partners with debt, leaving them susceptible to Beijing’s influence. Other projects have been criticized for favoring, or even requiring, the use of Chinese construction companies during unusually opaque bidding processes.

The best of China’s many EV startups have long aimed to expand outside the country, though only one — XPeng — has followed through on that promise after beginning deliveries to Europe in December. Larger, more established automakers have kept their focus on exploiting the vast opportunity for consumer electric vehicles inside China, especially after the government began favoring clean energy vehicles a few years ago. (Commercial vehicles are a different story; major automaker BYD, for instance, sells electric buses in the US.)

With electric vehicle technology maturing, and China controlling the bulk of the supply chain, an outward expansion from an established player only makes sense. And FAW is an unsurprising partner for Silk EV. Not only is the company’s Honqi brand recognizable throughout China, but FAW has shown an interest in electric vehicles, having helped kickstart EV startup Byton.

Byton once had its own global ambitions. But it ran into financial trouble last year and is now retreating from the US and reportedly being rolled up into FAW. (Former CEO of Byton Carsten Breitfeld, who now helms Faraday Future, accused the Chinese government of exerting influence on the startup through FAW in 2019.)

While Italy makes sense as a target market to make and sell a hypercar, it’s also a logical political partner for a project like this, as it was the first G7 nation to endorse the Belt and Road initiative.

Xu Liuping, the chairman and party secretary of FAW, said in a press release that the joint venture with Silk EV “marks a major milestone under the Belt and Road initiative for China, Italy and the global automotive industry.”

“It is a unique opportunity for FAW to build on its legacy of carmaking excellence in Jilin province — the center of China’s automotive industry — and for FAW Group to come together with Italy’s Motor Valley — renowned for its luxury and racing automotive heritage, integrated ecosystem, and world-class engineering — to become the new benchmark in new energy vehicles,” Xu said.