The mutant Covid strain wreaking havoc on the UK may have spread between two families in Victoria’s hotel quarantine, despite them being in different rooms.

An urgent investigation is now underway after the same mutant strain variant spread from one group to another on the same floor of the Park Royal hotel, amid fears it went through the ventilation system.

The travellers have since been moved to the Alfred Health Hotel to isolate. 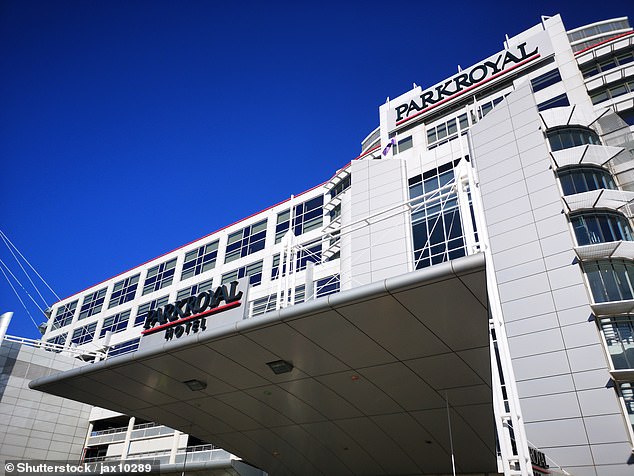 An urgent investigation is now underway after the mutant strain spread from one group to another on the same floor of the Park Royal hotel in Melbourne, amid fears it went through the ventilation system

What is the ‘mutant’ UK strain of COVID?

‘We are investigating how the two sets of cases are linked, including reviewing CCTV footage and undertaking environmental testing of the hotel – including a further review of ventilation systems,’ Quarantine Victoria said in a statement.

‘At this stage we don’t believe the residents have breached any infection prevention and control measures, or had contact with staff.’

Authorities added that 100 staff are tested daily and none have tested positive to date.

‘Staff will undergo further testing and quarantine at home until further notice as an additional precaution,’ the statement said.

‘All staff working in quarantine hotels are subject to strict infection prevention and control protocols, including wearing PPE and practising thorough hand-hygiene and social distancing.’

The family was staying in the room opposite the woman on the same floor.

She arrived from Malaysia on January 11 and tested negative on her third and 11th day in quarantine but chose to stay on for another two weeks when her husband arrived on January 16. 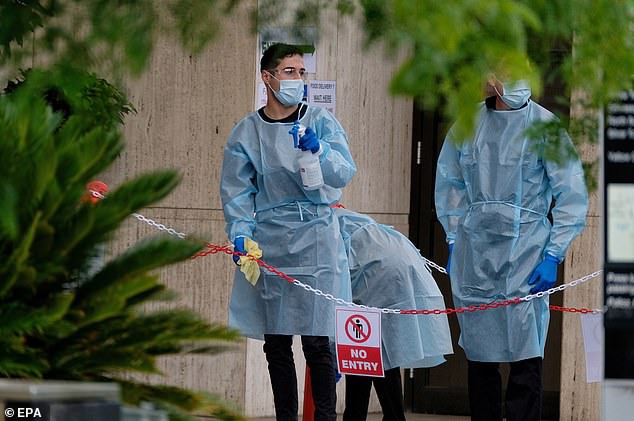 She then tested positive for the UK strain of the virus on January 28.

Earlier, the family of five all tested positive on January 24 after arriving from Nigeria four days earlier.

The two parents are aged in their 40s and they have three children aged one, four and seven.

Emergency Services Minister Lisa Neville said the virus was so virulent that it could have travelled between the two groups when one opened the door for meals, or put their laundry out.

‘It’s as if people have been in the same room together,’ Ms Neville said.

‘The viral load in the room of the family of five (was high) because four of them, now five of them, have the virus.

‘There are cameras right near these rooms that indicate there have been no breaches of protocols either by the families leaving rooms or crossing rooms or by staff at any time.’

Around 100 staff members are now in isolation and will be tested immediately.

Investigations into how the two groups contracted the virus are now being carried out including assessing CCTV.