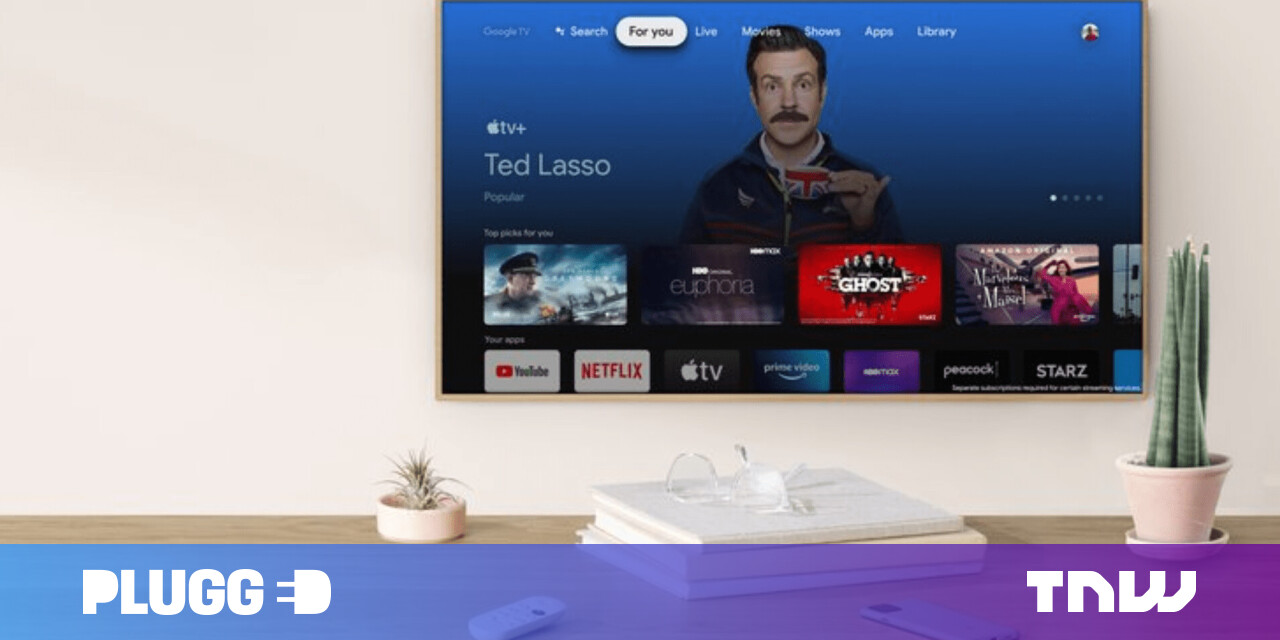 It’s hard to keep up with all the streaming services available these days, but for Android TV users, one of the big ones the’ve long been missing out on is Apple TV+. That’s finally starting to change today.

Google announced that the Apple TV app is now available on the Chromecast with Google TV, as well as Sony and TCL devices running Google TV. The Apple TV app of course allows you to watch Apple TV+, but also includes your previous Apple TV purchases.

Google TV is a customized version of Android TV, with smarter search, so the announcement does no good for the rest of us with a regular ‘stock’ Android TV device like the Nvidia Shield. Still, Google says the Apple TV app will arrive on other Android TV devices “in the coming months.”

In the meantime, I suppose you could always pick up a Chromecast if there’s something on Apple TV you’ve been dying to watch — they only cost 50 bucks but work as smoothly as any Android TV device, in my experience.

Did you know we have a newsletter all about consumer tech? It’s called Plugged In – and you can subscribe to it right here.