The wife of Lib Dem peer Lord Marks with a ‘flagrant disregard for speed limits’ has been caught over the limit twice in five months.

Lady Clementine Medina Marks has narrowly avoided a driving ban after she was repeatedly caught speeding.

The 53-year-old now has 11 points on her licence – one point short of an automatic six-month ban – but will be allowed to remain on the roads.

The mother-of-five asked Wimbledon Magistrates’ not to ban her because she needs a car for childcare and housekeeping needs after a recent illness of her husband who has been suffering ‘pulmonary issues’. 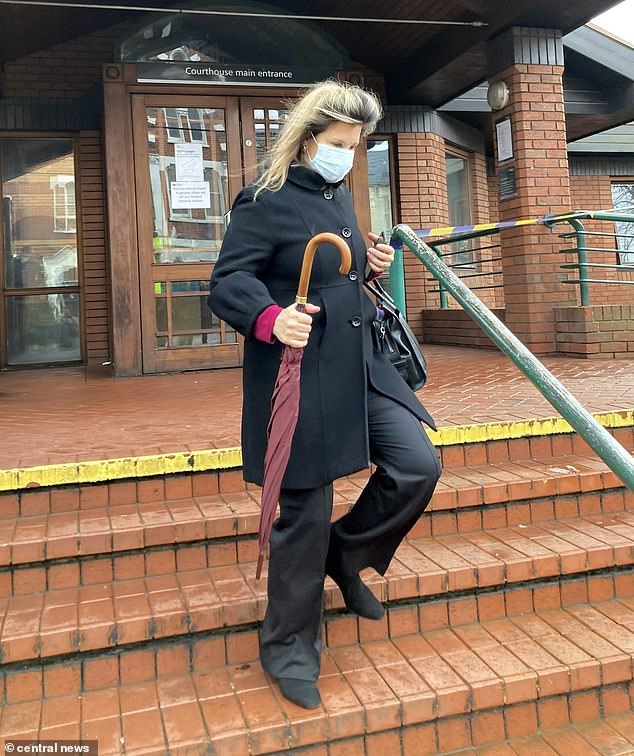 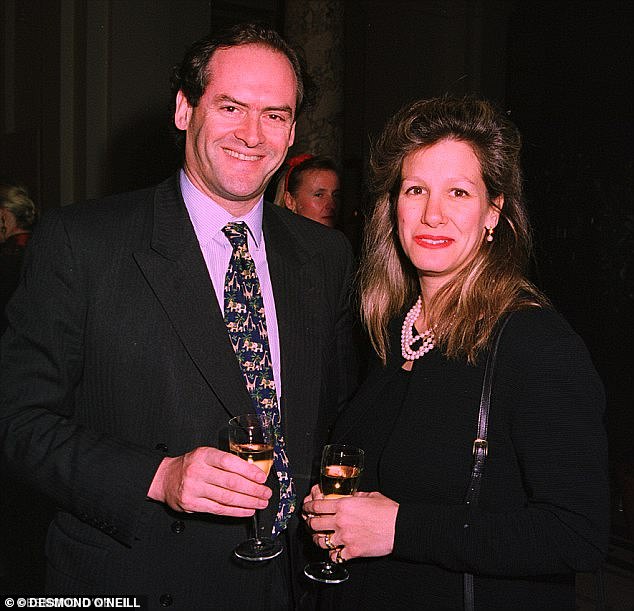 She asked the magistrates not to ban her from driving as she needs the car for childcare and while her husband,the Lib Dem peer Lord Marks, is recovering from an illness. (Pictured: Lord and Lady Marks)

Lady Clementine was caught on a speed camera at 12:26am driving her Mercedes at 80mph in a 60mph limit on the M4 between Hillingdon and Hounslow on 18 June 2019.

No detail was given in court about the third conviction for speeding.

‘It’s clear that you have a flagrant disregard for speed limits,’ said the magistrates.

‘That’s totally unacceptable and can’t continue. You have eleven points on your licence for some considerable time. You need to be extremely careful about driving.’

She lives with her 68 year-old husband in a ten bedroomed mansion near Henley-on Thames. She was also fined £1,425.

The court heard her family have very high expenses and her five children – aged 24, 22, 21, 19 and 15 are all in education and only one of whom has can drive.

The peer’s wife, listed in court as Lady Clementine Medina Cafopoulus-Marks, also needs to travel to Greece to support her elderly father who has health conditions.

Julian Hunt, defending Lady Clementine, invited the magistrates’ to use their discretion to give her lower penalty points so she would not face an automatic driving ban, given she already has three points on her licence. 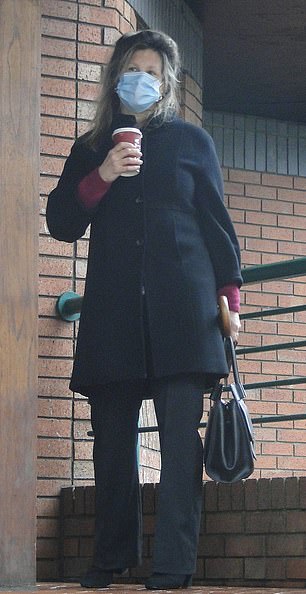 Lady Clementine, of Queens Gate Gardens, South Kensington, admitted two charges of exceeding speed limits and received eleven points on her licence. A magistrate told her she had a ‘flagrant disregard’ for speed limits

He said: ‘She’s had this hanging over her for over a year now, she’s anxious today.

‘You often hear lawyers talking about clients juggling plates, if anyone is doing this it’s this particular case.

‘All her children are still in education. Her husband is a lawyer, he himself has not been very well.

‘He’s at home and not being particularly helpful, she does everything basically in relation to the family house. In addition her father lives in Athens.

‘She needs a licence there to manage his care and so on. Her father has numerous issues at the moment.

‘There’s very little support for her in Oxfordshire, she could cope with a short driving ban, anything longer than that would mean the plates would simply stop spinning and would fall on the floor.

‘This is not a happy family and they are an isolated family. There’s no staff in the house.

‘This is a family who have high expenses at the moment and are managing, just.

‘She’s managing the house, the family, she needs to drive in Greece, her son to school.’

The mother-of-five was today fined a total of £1,250 for two speeding offences in her black three-litre diesel Mercedes and received a total of eight penalty points.

Lady Clementine was fined £750 and given five penalty points for the offence on 18 June 2019.

Despite her laywer saying the family were ‘just managing’ their expenses, Lady Clementine was fined £500 and three points for the speeding matter on 18 November 2019. She must also pay costs of £100 and a victim surcharge of £75.

‘Don’t tell me she hasn’t got any money,’ the magistrate Vanessa Weguelin told her lawyer. ‘She lives in Queens Gate Gardens and she’s got a house in Oxfordshire.’

Regarding her income Lady Marks had told the court via her lawyer, Julian Hunt: ‘We spend everything we have,’ admitting the couple have ‘several thousands’ in savings.

‘Having looked at all the circumstances the bench are minded not to disqualify today and will be putting points on the defendant’s license,’ announced Ms Weguelin.

‘We have taken into account your guilty plea to both of these matters.

‘You have a flagrant disregard for obeying speed limits and that’s totally unacceptable and we take a very serious view of it.

‘You need to be extremely careful about your driving, red lights, speeding, especially in Central London, where there are many 20mph zones.

‘We take this very, very seriously.’