A determined mother has transformed a hoarder’s hovel into a stunning family home.

Ciara Sowers, 32, spent four years clearing out rotten food, jars of urine, and bags of human hair from the house to make an incredible home for her and her daughters Macy, six, and Marleigh, three.

Ciara had bought the house from her grandmother – which had been rented for years to a tenant – but she was left shocked when she first got the keys to the property.

Pictures show what she arrived to find – enough rubbish to fill 100 industrial-sized garbage bags. The property had previously been rented by an individual who it emerged had hoarded extensively, leaving behind heaps of filth and human waste. 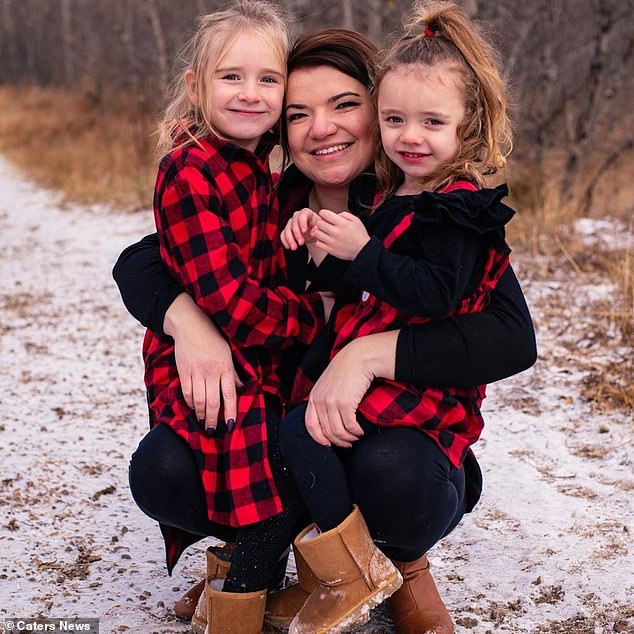 Ciara Sowers, 32, from Alberta, spent four years clearing out rotten food, jars of urine, and bags of human hair from the house to make an incredible home for her and her daughters Macy, six, and Marleigh, three, pictured 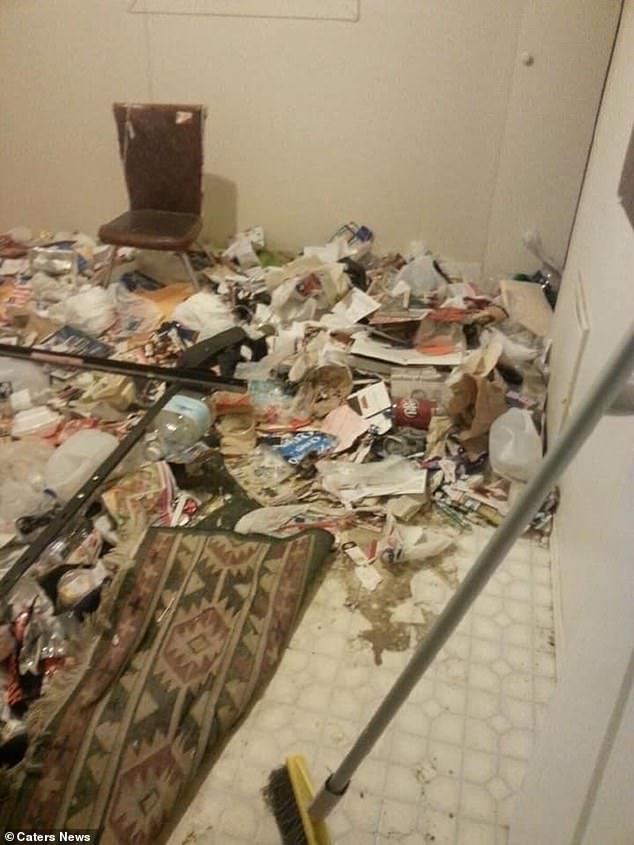 The mother-of-two was shocked to find her grandmother’s house, which she bought, had been rented to a hoarder who filled the place with garbage

Ciara said: ‘When I first opened the bathroom door, I thought we had made a huge mistake. There were human feces smeared on the door and in the tub was stagnant water with a milk crate that he would sit on to wash.’

She added: ‘In the home we also found, jars full of urine, bags of human hair, used condoms, newspapers, magazines, rotten food and trash. The trash came up to my hip and we had to climb over, dishes and couches to get into the room.’

However, Ciara persevered for years and was able to transform the property, in Alberta, Canada, into a cozy home for her and her two daughters.

Along with clearing the inside of the house, a second building on the property has been converted into a chicken coop, while a barn which was left in poor condition was torn down. 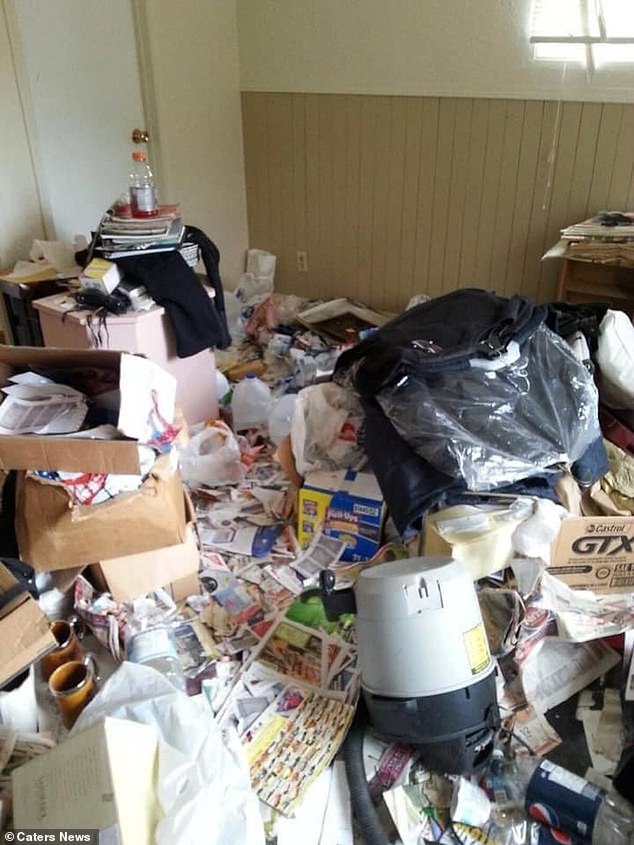 Ciara had to clear 100 industrial garbage bags worth of waste, which included bags of human hair, jar of human waste, used condoms and newspaper (pictured) 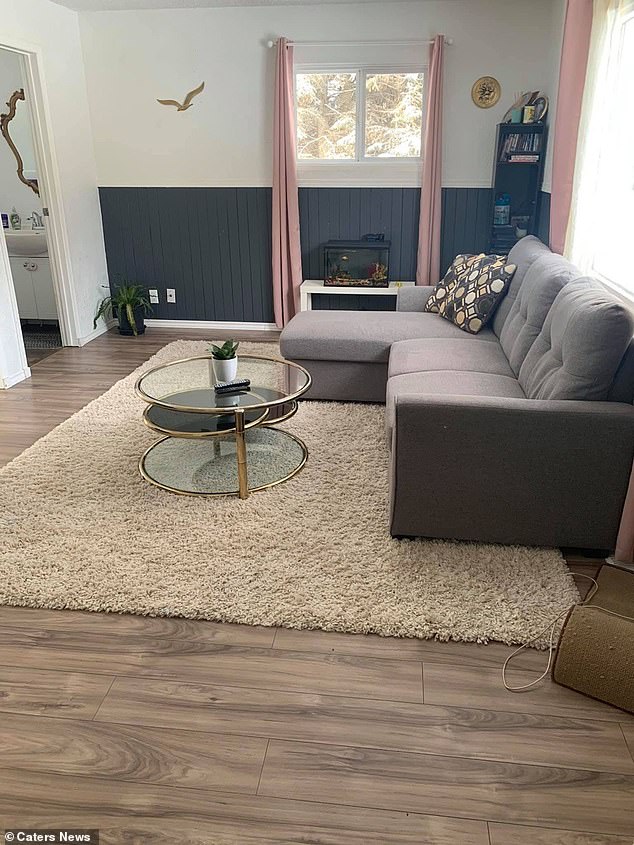 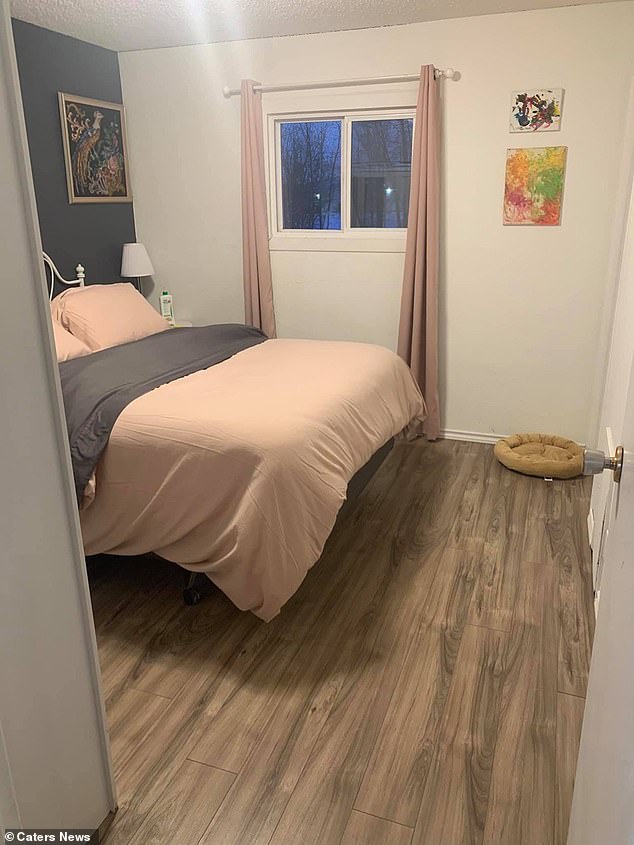 The house’s master bedroom. Ciara said the garbage would reach up to her hip when she first visited the house after the hoarder had left

The biggest challenge for Ciara was the main entrance to the home, after it was discovered the foundation was crumbling but also had to take time to rip out all the old drywall and change the flooring. All in all the work to complete this alone took 6 months.

While it would take around three months to make the house hospitable, all in all Ciara is now happy when she arrives back at home after four years of hard work.

She said: ‘The secret was determination, I’m a hard worker and find that I cannot relax until I get a job done.

‘The after pictures are what it looks like now and I feel the home is up to my standards, I feel confident in sharing where I started.’ 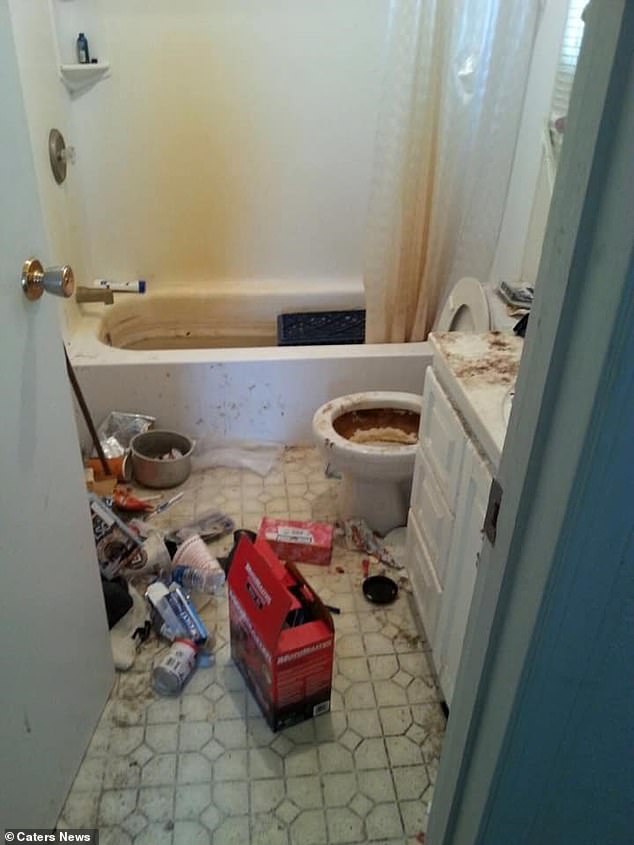 A dismal view of the bathroom after Ciara started clearing the house, filled with garbage and disgusting stains 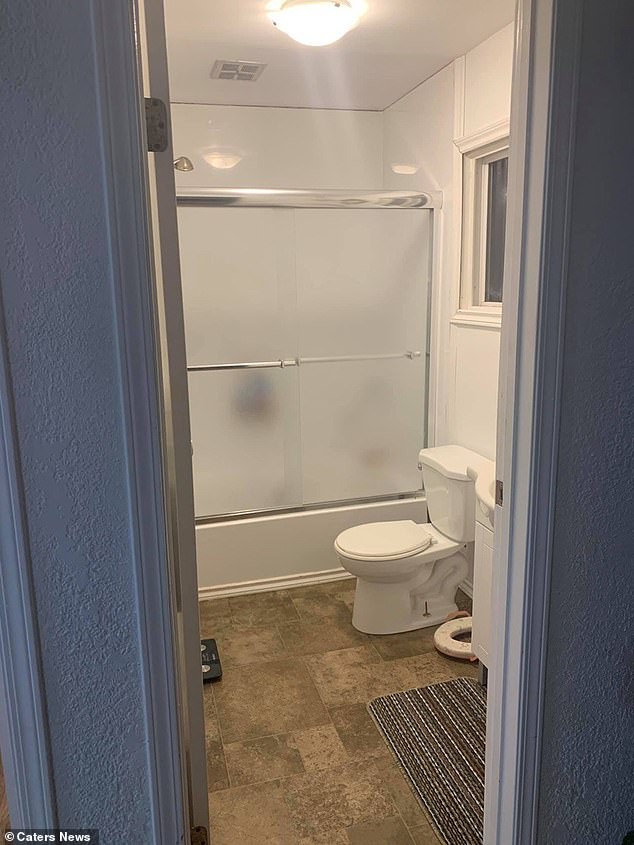 The bathroom now that the renovations are done. Ciara had the room retiled, changed the bathtub and repainted the walls 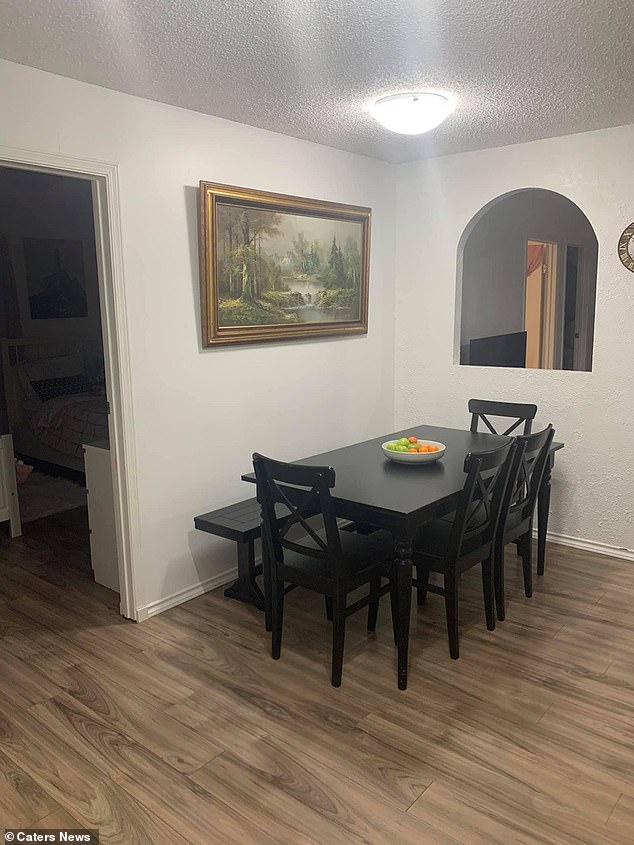 The dining area in the living-space, which looks much nicer and cleaner than it did when Ciara first got the keys to the house 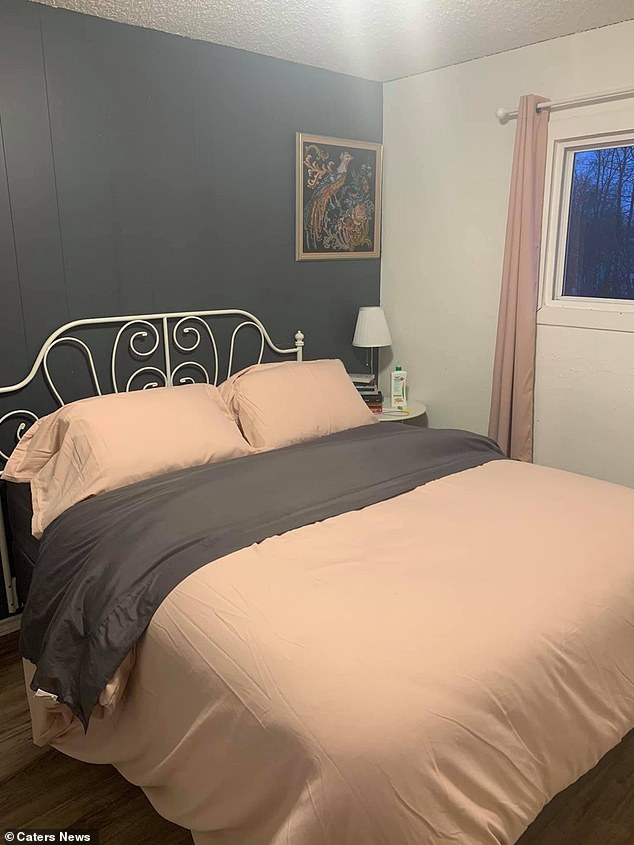 Ciara’s room now, with a beautiful bed, fresh linen and freshly painted walls. She had all the floors redone on the house 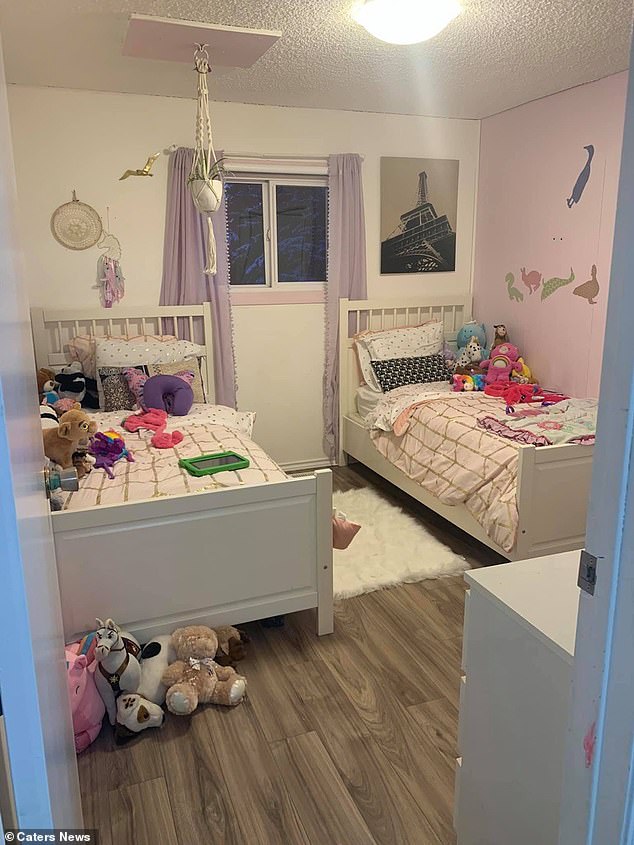 The girls’ bedroom filled with cozy beds and full of plushy toys. Ciara said her determination helped her finish the project and she is proud of what she’s achieved