Fears Google may be excluded from news media bargaining code 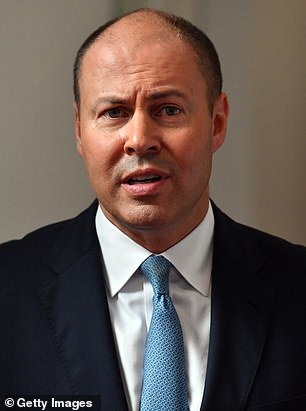 Excluding Google from the news media bargaining code would ‘completely diminish’ the law and leave smaller publishers unable to negotiate with the tech giant, a leading digital think tank has warned.

The new law, which is set to pass Parliament next week, was drawn up to tackle the huge power of Google and Facebook by forcing them to pay media companies for the news content they host and reveal some of their closely-guarded algorithms and data.

Google has responded by striking multi-million-dollar deals to sign three big media companies – Seven, Nine and Rupert Murdoch‘s News Corp – up to its News Showcase project while Facebook has banned Australians from viewing news on its site in a ‘disgraceful’ protest at the new rules.

Once the code – which has bipartisan support – becomes law, Treasurer Josh Frydenberg will have the power to designate which digital platforms need to comply.

On Thursday he revealed he is considering excluding Google as a reward for making deals, saying: ‘If commercial deals are struck that changes the equation.

‘I’m not just talking just about deals with Channel Seven or Channel Nine and News Ltd, we’re looking for a broader range of deals including with the regional players and the smaller players.

‘And, as I understand it, that is happening,’ he said.

But experts have warned not designating Google would be a big mistake that would undermine the code and leave smaller publishers high and dry.

The code is just not just designed to make sure money changes hands, but also contains ‘minimum standards’ that ensure platforms share data about how Australians interact with news and require them to give media companies 14 days’ notice of any important algorithm changes that could affect their referral traffic.

Australia’s competition regulator, the ACCC, has said these requirements are crucial to overturning the ‘bargaining imbalance’ between the tech giants and news businesses.

Currently Google and Facebook can suddenly change their algorithms and leave publishers scrambling to work out why they are not getting any hits on their stories.

‘Google should definitely still be included, removing them completely diminishes the ACCC’s intention, which was about bringing balance to the news media ecosystem and the digital advertising market,’ he told Daily Mail Australia. 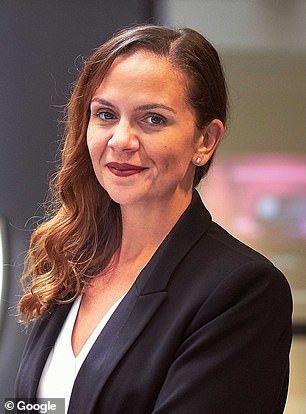 ‘This would be removing the single biggest player from that equation.

‘This bill was always meant to be broader than just arbitration. Algorithm changes and minimum standards were meant to fundamentally shift the dominance of these platforms and they’ve already been watered down,’ he added, noting that originally platforms were going to be required to give 28 days’ notice of an algorithm change.

‘Arbitration was never going to be enough to rectify the problems. This is a market that needs oversight and regulation, not just deals.’

Mr Cooper said the only winners so far are the huge media companies that have signed lucrative deals with Google.

‘If the intention is about the public interest and a healthy news media ecosystem then smaller and regional publishers should be prioritised – and it’s hard to argue that they have been,’ he said.

‘At this point it looks like the winners are not the Australian public and certainly not the small publishers.’

His comments echo concerns voiced last year by Greens Senator Sarah Hanson-Young who feared the code was being designed by Prime Minster Scott Morrison to ‘deliver a sugar hit to Murdoch’ whose papers back the Coalition government.

The Greens supported the code after public broadcasters the ABC and SBS were included.

The ACCC declined to comment but Chairman Rod Sims has previously said that Google’s News Showcase deals do not address the bargaining imbalance the code aims to fix.

‘The decision about what Showcase will look like, how it will operate and whether to offer a news business a Showcase deal is entirely up to Google,’ he told the Senate Economics Committee on January 22.

‘This is why this product does not address the imbalance in bargaining power that the code is designed to remedy.’

Shadow Communications Minister Michelle Rowland said the Treasurer’s comments are ‘confusing for some news media businesses because the Code is intended to be a backstop for commercial deals that may be struck’.

Google responded to the new law by striking multi-million deals but Facebook has banned Australians from viewing news on its website in a ‘disgraceful’ protest at the new rules. Pictured: Posts were blocked on the Daily Mail Australia Facebook page

But she said she was not concerned about Google being excluded as long as deals are made.

‘Labor is outcomes-focused when it comes to addressing the bargaining imbalance between news media businesses and the digital platforms,’ she told Daily Mail Australia.

‘Money flowing to Australian news media businesses from the digital platforms, with or without regulation, is a good thing.’

Mr Frydenberg and Communications Minister Paul Fletcher drew up the law after a three-year inquiry by the ACCC which found Google and Facebook have ‘an imbalance in bargaining power’ when dealing with news companies.

The world-first code states that if a negotiation breaks down then an independent umpire will step in and decide the fee based on a ‘final offer’ method, which chooses one side’s position as the resolution.

Australia’s battle with Big Tech is being keenly watched by governments across the world, not least in London, Washington DC and Brussels, where concerns have been raised over the ‘advertising duopoly’ of Google and Facebook.