Police find a dead man and three others seriously injured

A man has been found dead after a violent episode across multiple properties that saw three others seriously are injured.

Detectives were called to Braine Street in the Canberra suburb of Page at about 9am on Saturday following reports of a disturbance.

When police arrived on the scene, they found a dead body, an injured man and woman woman.

A second injured man was tasered and arrested after he ‘rushed’ at police. 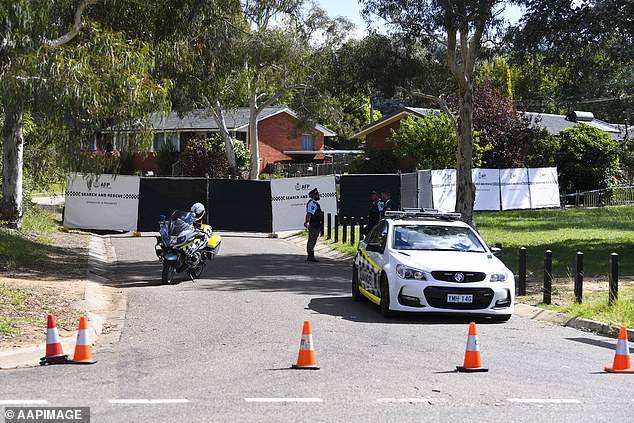 Pictured: Police at a crime scene in the suburb of Page in Canberra, Saturday, February 20 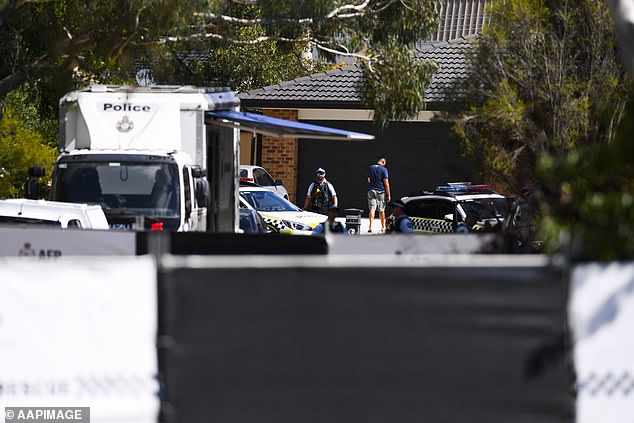 Braine Street resident Joanna Vassalakis said she heard ‘loud screaming’ at about 8.30am.

‘I heard loud, loud screaming, like really loud, so I thought something’s going on,’ she told the ABC.

‘And I went outside and I saw a man with blood.’

‘My partner was saying, ‘can you please go back inside and dial triple zero’, so I did.’

Both men and the woman were taken to Canberra Hospital and treated for life-threatening injuries, with two undergoing surgery. 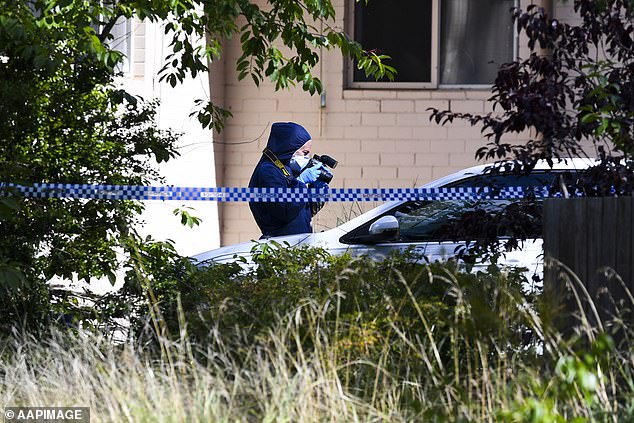 Police are expected to reveal on Sunday what sparked the violence and what type of weapon or weapons may have been involved (pictured: the crime scene)

Detective Superintendent Scott Moler told reporters on Saturday the task of processing the crime scenes was likely to take some time.

‘This incident stretched over a number of properties,’ he said.

Asked about the pair in surgery, he said: ‘They are in a very serious condition.’ 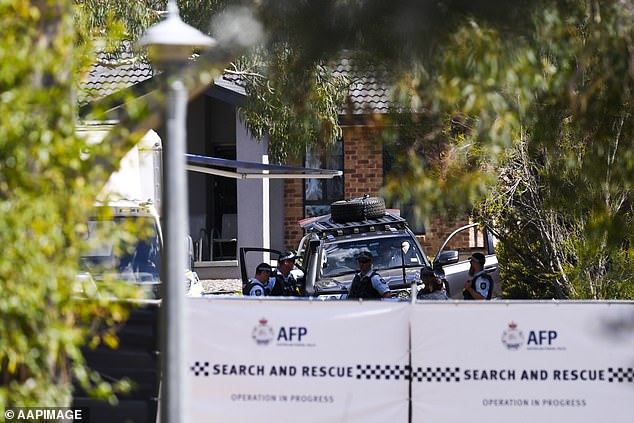 Supt Moller said there was ‘no ongoing risk to the public’ and it was not yet clear exactly what happened.

‘We’re still working through all the issues in relation to the incident. We’re still piecing together the circumstances.’

He did not say what weapons were used or what events led up to the incident.

‘The investigation is in its infancy and we have not yet had a chance to go into the intricacies of it,’ he said.

‘I believe we’ll probably be here throughout the night and into tomorrow before we are really able to process all of the evidence at the scene.’