Somebody shoot that f***ing dog! What Boris Johnson growled as Dilyn gnawed antiques at Chequers

Boris Johnson called for someone to ‘please shoot that f****** dog’ after damage caused by his terrier Dilyn at Chequers left him with a four-figure repair bill.

The Prime Minister’s pet had chewed on antique furniture and books at the country residence in Buckinghamshire, as well as making a mess on the floor.

Mr Johnson has told friends he had to foot the bill for ‘making things good’.

News of the latest Dilyn-related drama emerged 24 hours after the Mail revealed that the dog sparked a row in Downing Street by cocking a leg over a senior aide’s handbag in the No 10 garden.

It can now be revealed that Dilyn caused an even bigger stink at Chequers, where Mr Johnson and his fiancee Carrie Symonds spend many weekends, taking the Jack Russell-cross for walks on the 1,000-acre estate. 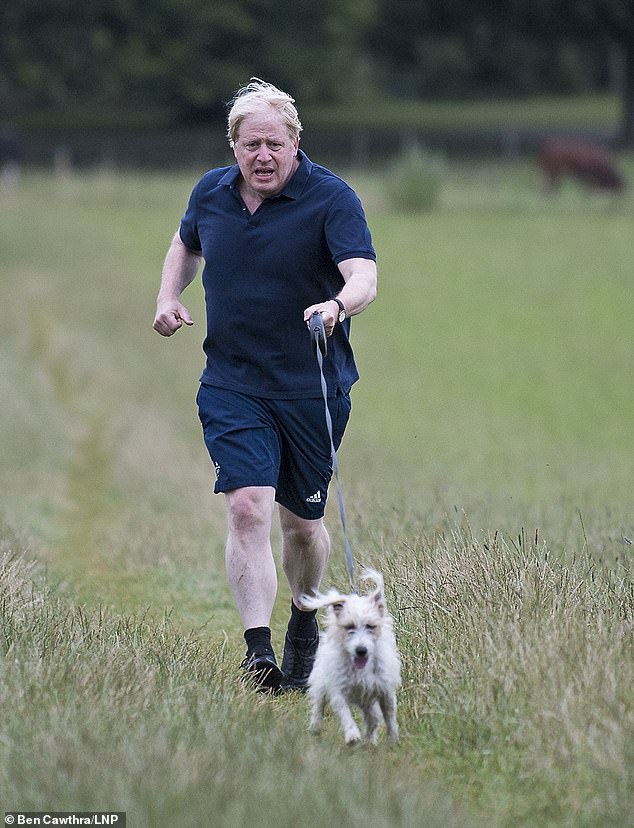 The Prime Minister’s pet (pictured) had chewed on antique furniture and books at the country residence in Buckinghamshire, as well as making a mess on the floor 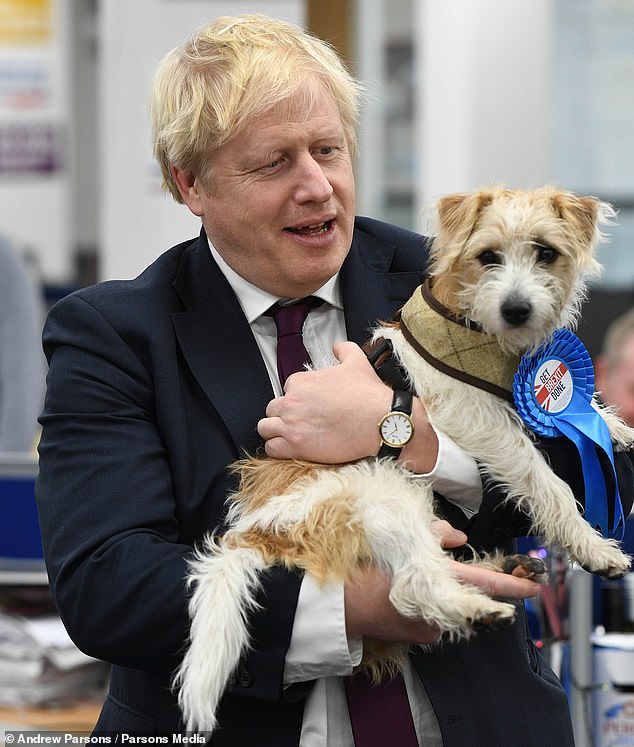 One insider said: ‘I was at a meeting where Dilyn darted under the PM’s feet with an old book in its mouth. The PM shouted “for God’s sake, I’m going to get another £1,000 repair bill! Someone please shoot that f****** dog!” Luckily, Carrie wasn’t around to hear him.’ They added: ‘I don’t think he meant it literally.’

Another witness described a ‘Laurel and Hardy-style farce’ as a kneeling Prime Minister attempted to reclaim the book from Dilyn’s clenched jaws.

A government source said: ‘Dilyn is not popular with staff at Chequers. He causes havoc, gnawing at the furniture and soiling the carpets which have to be cleared up.’

The 16th-century manor house in Buckinghamshire has served as the country residence of every prime minister for a century. 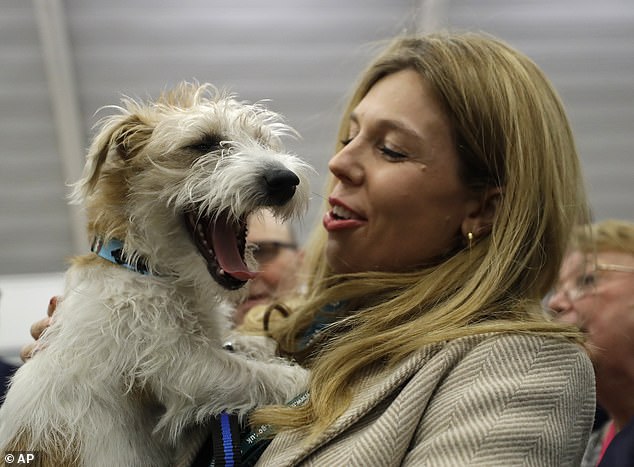 Given to the nation by Sir Arthur Lee, who set up a trust to pay for its upkeep, it is crammed with antiquities and art. The property’s wood-panelled Great Hall contains a 40ft-by-40ft rug and a grand piano beloved by Winston Churchill.

One visitor claims to have seen Dilyn ‘mount’ a stool made from the foot of an elephant shot by US president Teddy Roosevelt.

On another occasion, a minister was taken aback at a Chequers gathering when Dilyn relieved himself during a discussion on foreign affairs. ‘We ignored the pong at first,’ they said. ‘Then everyone burst out laughing.’

One senior Tory claimed a farmer had complained to Mr Johnson after Dilyn wandered into his field. ‘The PM said the farmer had threatened to shoot Dilyn if it happened again,’ the source said.

He doesn’t know any better

The comments came as further details emerged of what has become known as Dilyn’s Watergate, which saw him cock a leg over No 10 aide Katie Lam’s handbag. Sources said Miss Symonds was ‘very angry’ with the ensuing reaction from Miss Lam, who has now left her post. ‘Katie did nothing wrong,’ a friend of Miss Lam said. ‘She did what any woman would have done when they saw a dog about to relieve itself on her handbag. She is brilliant and a massive loss to No 10.’

A Downing Street spokesman said Miss Lam resigned ‘on friendly terms’. There is no suggestion that her departure is linked to the incident in the garden, nor is there any criticism by the Daily Mail of Miss Symonds or Miss Lam.

Rumours swirling around Westminster that Dilyn could face an outright ban from Chequers were dismissed by No 10 last night. An official defended the dog, saying: ‘It’s not his fault. He is a lovely little fellow but does not appear to have got enough training when he was a puppy. He has bundles of energy and constantly gets under your feet… he doesn’t know any better.’

Abandoned by a puppy farmer for having a misaligned jaw, Dilyn was rescued by the Friends of Animals Wales charity before being adopted by Mr Johnson and Miss Symonds.