Australian swimming prodigy breaks her silence about her family tragedy

A teenage backstroke prodigy has spoken for the first time about the loss of her father in the lead-up to the Tokyo Olympics.

Kaylee McKeown said her biggest motivation to win Olympic gold in July is her father Sholto, who lost his battle with brain cancer in August at the age of 53.

The Sunshine Coast native was initially hesitant to share the intimate details of her grief, but opened up on Sunday and said if she wins gold in her maiden Olympics this year, it will be the result of her father’s endless support.

Describing him as ‘brave, strong and determined’, the 19-year-old said her dad taught her the importance of striving for every opportunity. 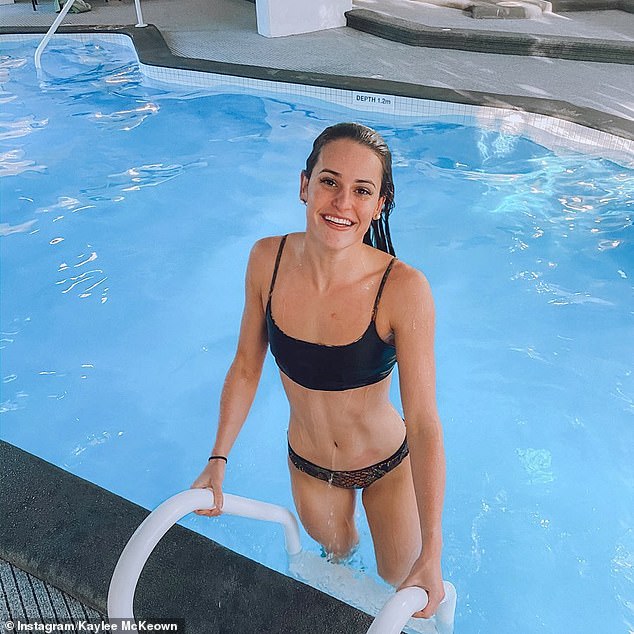 Kaylee McKeown (pictured), 19, revealed her father is spurring her towards Olympic victory 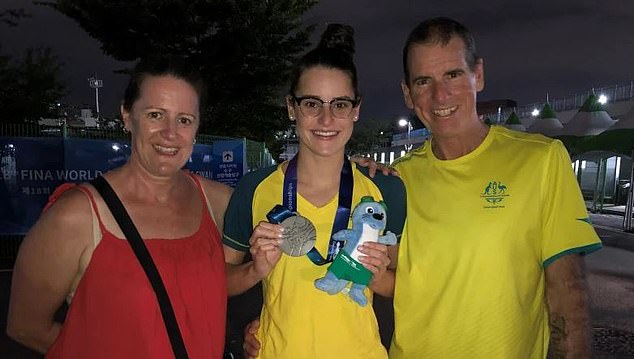 The teenager debuted on the world stage in 2017 as a 15-year-old, coming fourth at the World Championships. Pictured, left to right: Kaylee (centre) with her parents Sharon and Sholto

‘[Sholto’s death] was really hard, but we knew it was coming. It was a hard pill to swallow, but it’s made me realise how much life is worth living,’ she told the Sydney Morning Herald.

‘I just take every day as it comes and I honestly think that’s the main reason I’m swimming as well as I am. There’s no point in wasting the opportunities that you have in life.’

In November, McKeown surprised herself at the Australian national short-course swimming championships when she clocked 1 minute and 58.94 seconds – smashing the six-year 200m record set by Hungary’s Katinka Hosszu. 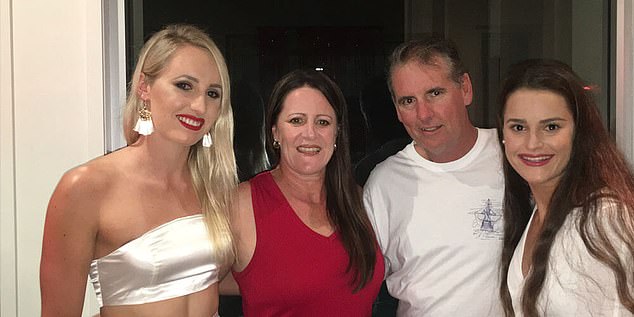 Pictured: Kaylee McKeown (right) with her Olympian sister Taylor (left) and their parents Sharon and Sholto 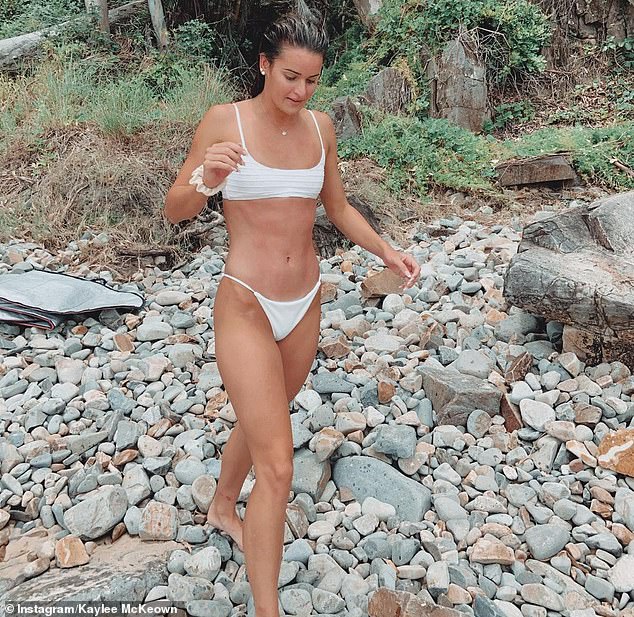 MsKeown (pictured) was also crowned the third-fastest 200m longcourse backstroke in history with a time of 2.04.49

She was also the third-fastest 200m longcourse backstroke in history with a time of 2.04.49, and was one of the only women to drop below 58 seconds for 100m.

The rising star then went on to claim senior world championship silvers in the 200m backstroke and 4x100m medley in Gwangju, South Korea, last year.

McKeown said the Olympic Games being postponed due to Covid was a ‘blessing in disguise’ and allowed her to spend time with her father before he died on August 13 – just days after the date the closing ceremony was supposed to take place.

After her initial grieving period, the devoted swimmer resolved to ‘knuckle down’ and get back in the pool.

‘It just made me want to keep chasing it,’ she said.

McKeown’s older sister Taylor is also an Olympian and 2016 Commonwealth breaststroke champion, and it was Sholto’s dream to see his girls race in Tokyo together. 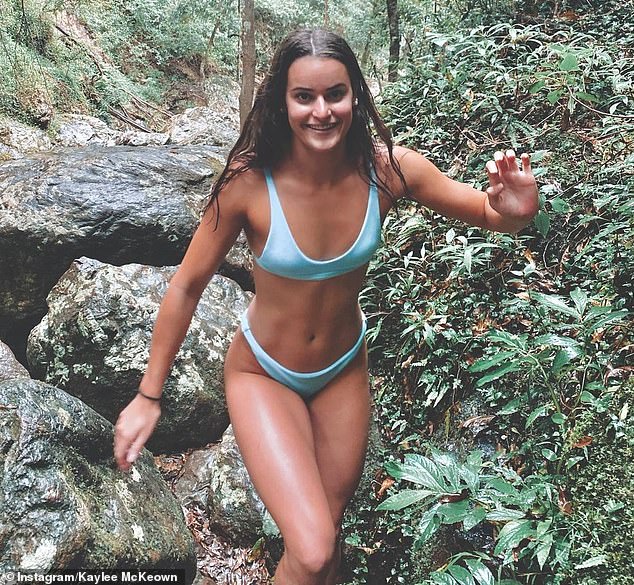 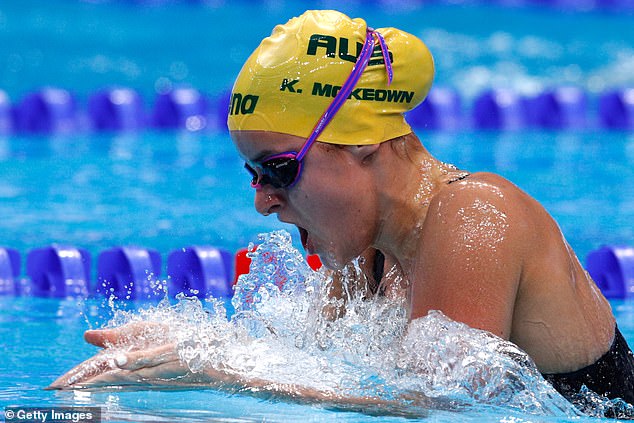 Pictured: Kaylee Mckeown competes during the Women’s 400m Medley Preliminary round on day seventeen of the Budapest 2017 FINA World Championships on July 30 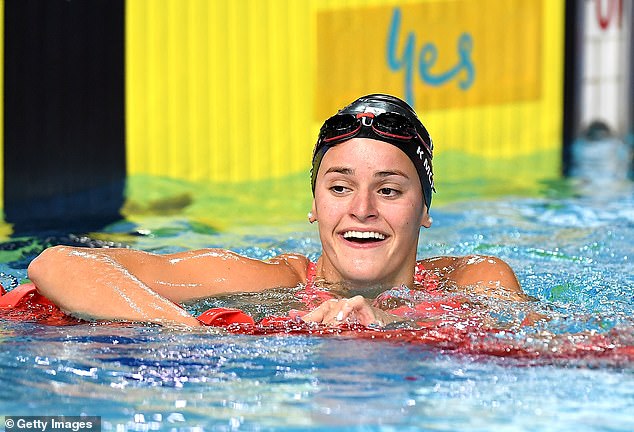 Pictured: Kaylee McKeown smiles after winning the final of the Women’s 200m Backstroke event during the 2018 Australia Swimming National Trials

The teen is striving to tick that box for her father, and has the support of coach Chris Mooney to spur her on.

Mooney said Sholto’s death was a tragedy, but that the rising star has showed resilience and maturity.

He has ‘no doubt’ her father’s memory is driving her to win, and said the way she channeled her sorrow into her performance left him ‘speechless’.

McKeown qualified for the World Championships in 2017 at the age of 15.

She narrowly missed out on a medal, but finished fourth and set a new junior record.