Footage of a rugby union player puffing on a cigarette after emerging from a scrum has lit up social media.

The vision was posted on Sunday from a social tournament on Queensland‘s Sunshine Coast and quickly went viral.

A player can be seen pulling away from the scrum and walking backwards on the field while nonchalantly holding the cigarette in his mouth. 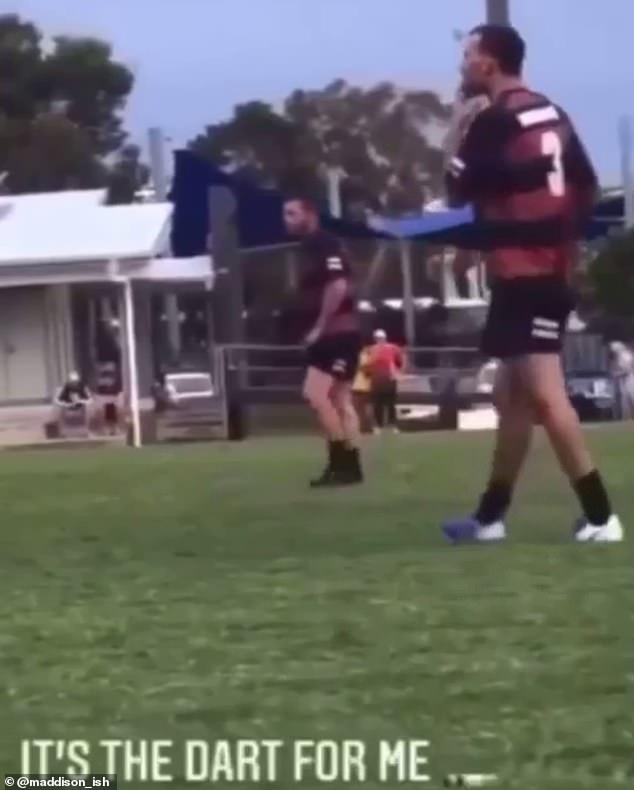 Eagle-eyed spectators were left surprised at the sight unfolding in front of them.

‘He’s got a dart (cigarette) in his mouth,’ a woman can be heard saying from behind the camera.

The post attracted hundreds of comments and garnered thousands of views.

‘Took me a couple of views to work out what was happening,’ one person quipped.

Another said tongue-in-cheek: ‘Clear penalty for ignoring the “puff n pass” rule’, while one person jokingly suggested ‘Beer at halftime?’.

A player at the tournament told Daily Mail Australia smoking on the field ‘definitely wasn’t a usual thing’, adding the event had been a social occasion. 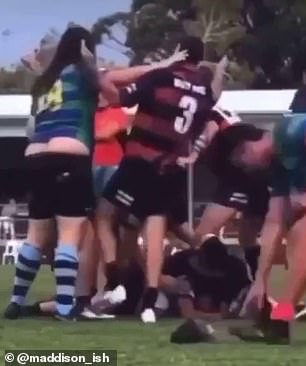 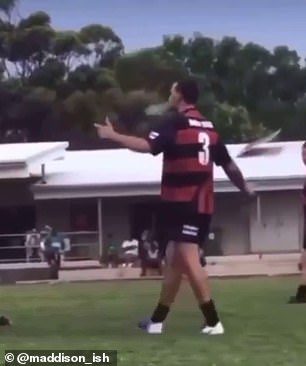