The terrifying moment an elderly, injured woman narrowly escaped being dragged to the bottom of the Hawkesbury River by her car has been caught on camera.

Mary Howard, 75, crashed off Singleton Rd as she drove beside the Hawkesbury at Wisemans Ferry, 75km north of Sydney, just after 1pm on Saturday.

Her white Toyota Corolla sedan left the road and smashed through bushland before landing in the deep and murky waters of the Hawkesbury.

Ms Howard injured both her legs, one of them severely fractured.

As her banged up Toyota floated about 10m from shore, the elderly,  injured woman managed to wind down a window and drag herself half out of the car.

A number of people nearby, enjoying their Saturday on the river, saw the commotion and immediately launched their boats to the rescue.

The elderly woman can be seen holding her injured leg, sitting on the back of the boat as Mr Cooper and his friends take her to safety on Saturday afternoon. 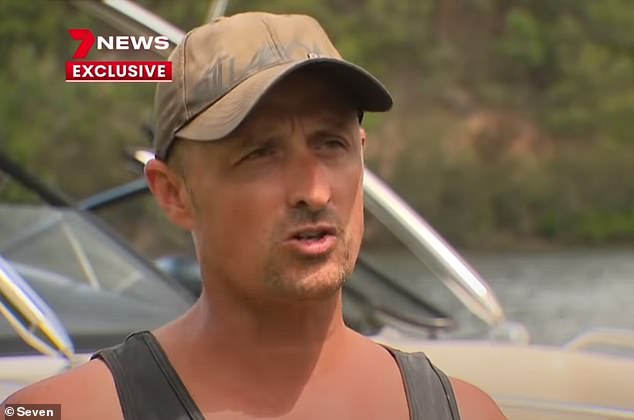 Rescuer Jonathon Cooper said he was relieved and happy to have rescued Mary Howard, 75

As she perched on the driver’s side door clinging to the roof, Jonathon Cooper and friends were the first to approach.

Dramatic video captures the moment he made his dramatic rescue – less than three minutes after the car crash.

As he approached in the water craft he told her to stay where she was.

Mr Cooper had the ropes still hanging off the boat, and was trying to swing the craft around, while navigating around a rock shelf that was hanging out.

‘Are you OK?’ he asks, as his boat gets closer.

‘No,’ Mary replied, in shock at what just happened.

‘Where are you hurt?’ the cool-headed Jonathon responded.

‘I’m hurt on my right leg and on my left leg,’ she said, adding that she needed an ambulance. 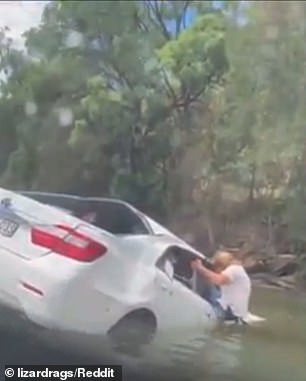 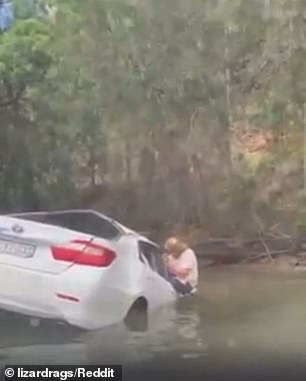 Mary Howard, 75, managed to climb out the window as her Toyota Corolla floated in the deep waters of the Hawkesbury. She had just three minutes before the car sank to the bottom

With just seconds to save her before the car went down, dragging Mary with it, Mr Cooper and his friends managed to back his boat up to the car.

With Mary safe on board the boat, a fountain of bubbles could be seen on the surface marking where the car had gone down.

Mary said she had been afraid that if she had jumped in the water, she wouldn’t have been able to swim with her injuries. 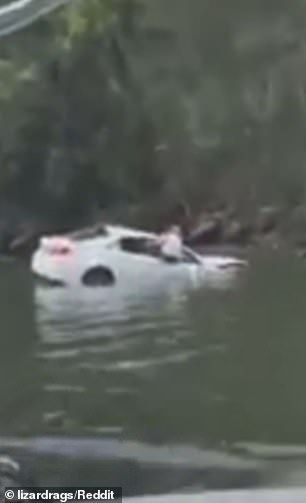 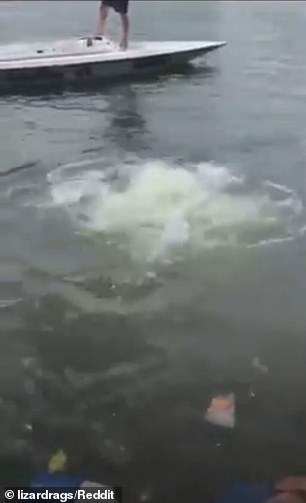 The 75-year-old woman said she needed an ambulance (left). Mr Cooper managed to get her his boat just as the car sank to the bottom (right) leaving a plume of bubbles

Mr Cooper praised the stoic 75-year-old, saying she remained calm despite her injuries.

‘She looked like she was in a lot of pain but she was also pretty calm – she was quite a steely character,’ he told Seven News.

‘She was quite jovial, worrying about everyone else and who’s going to look after her husband who had been in hospital himself.’ 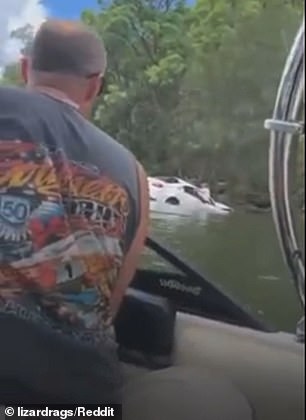 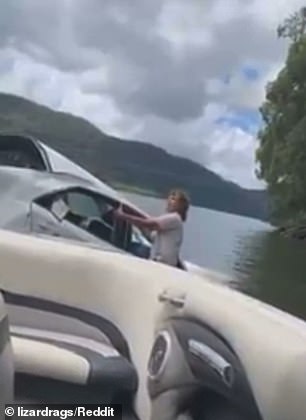 As the boat approached it became clear the car was about to sink, as the rear upended, Ms Howard struggled to get her injured legs out of the window and onto the safety of the boat

NSW Police were called to the scene at 1.15pm where paramedics treated Ms Howard for her leg injury before she was flown by helicopter to Westmead Hospital where she is reported to be in a stable condition with a badly fractured leg and other injuries.

It is believed a medical episode may have caused Ms Howard to crash.

It took just three minutes for her car to sink after it hit the water, making the speed of her rescuers vital in saving her from being dragged to the bottom of the Hawkesbury.