More than two thirds of people aged between 65 and 69 have had their first jabs – just a week after invitations went out, health bosses said last night.

NHS England chief executive Sir Simon Stevens said the extraordinary uptake had led to ‘early signs’ that the vaccine rollout was contributing to a fall in coronavirus hospitalisations.

‘The NHS Covid vaccination campaign continues full steam ahead – letters inviting everyone aged 65 to 69 went out a week ago, and already over two-thirds of them have had their first Covid vaccination,’ he said. 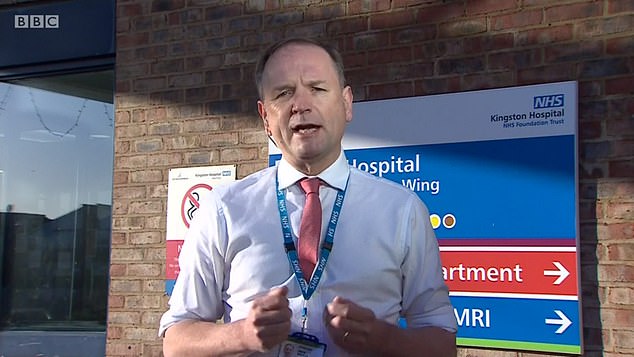 ‘Across England overall, nearly a third of adults have now had their first jab, and early signs suggest this is contributing to the welcome fall in coronavirus hospitalisation that we’re now seeing.’

Now a further 460,000 people aged 64 will be called to receive their jabs as the Government marches towards its target of vaccinating 32 million of the most vulnerable groups in society by early May.

Latest figures show that more than 17 million people have received their first jabs – while the number of people who have had their second passed 600,000 yesterday. 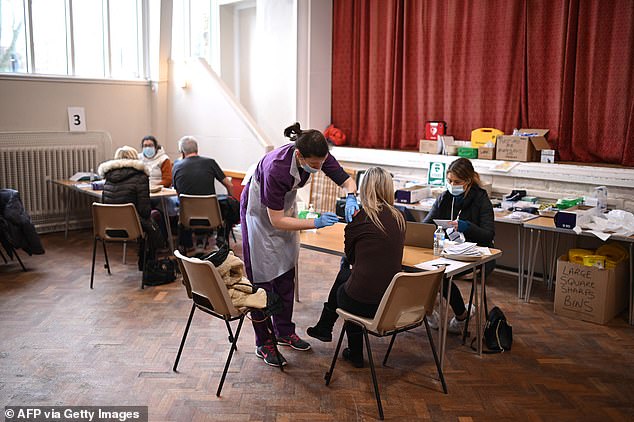 Latest figures show that more than 17 million people have received their first jabs – while the number of people who have had their second passed 600,000 yesterday

They include Great British Bake Off judge Prue Leith, 80, who revealed earlier this month that she had been given her second dose, having received her first in December.

It comes amid rising fears that the vaccine rollout has become a postcode lottery. Several areas across England have reportedly started offering jabs to people below the age of 60, while others are still working through the 65-to-69 cohort.

Meanwhile, the Government’s decision to space out vaccine doses by up to 12 weeks so it could offer protection to more people was vindicated by two separate research papers published last week. Israeli scientists found a single shot of the Pfizer vaccine is 85 per cent effective in preventing people falling ill with coronavirus symptoms, according to research published in the Lancet medical journal.

Professor Eyal Leshem, lead author of the report which studied 9,000 healthcare workers from an Israeli medical practice over a month, said the findings ‘certainly provide evidence that the UK’s policy on the delay between doses is reasonable and justified’.

And researchers at Oxford University found that leaving 12 weeks between doses of the Oxford-AstraZeneca vaccine actually boosted how well it works.

Analysis found that a single dose was 76 per cent effective in preventing Covid symptoms between 22 and 90 days after the injection, rising to 82 per cent after a second dose at that stage.