Parler appeared to have banned its former CEO John Matze on Friday before his access to the social media site was restored later in the day.

Matze believes he was banned after making several posts and comments on the platform earlier in the week including one asking his followers to join him on the messaging app Telegram, he told BuzzFeed News.

‘I can confirm I was banned this morning from Parler. They seem to have reversed the decision,’ Matze made in a post on the site that appears to have been deleted.

‘I have not received an explanation yet. I am only confirming that this happened.’ 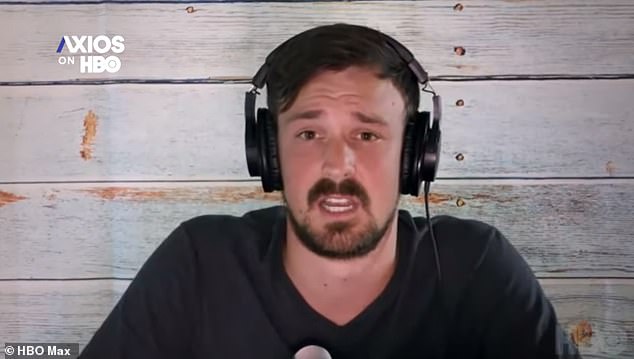 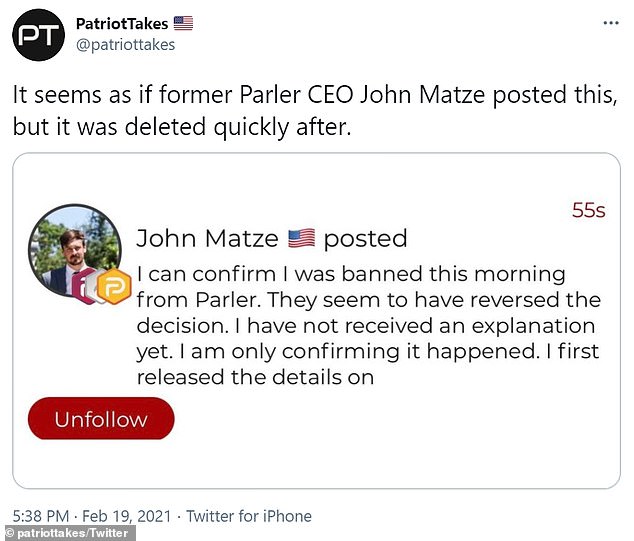 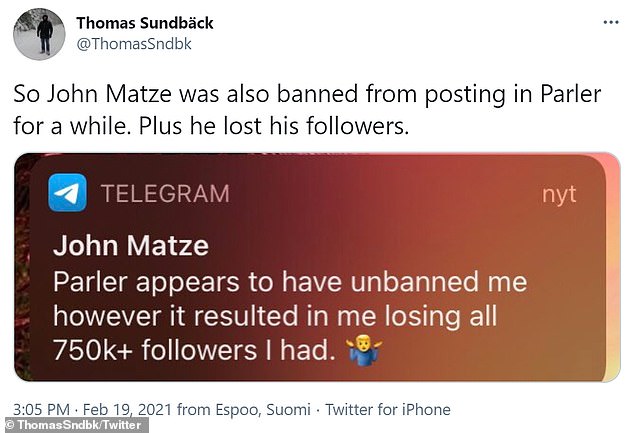 Matze claims that he lost all 750,000 followers he had when his account was unbanned 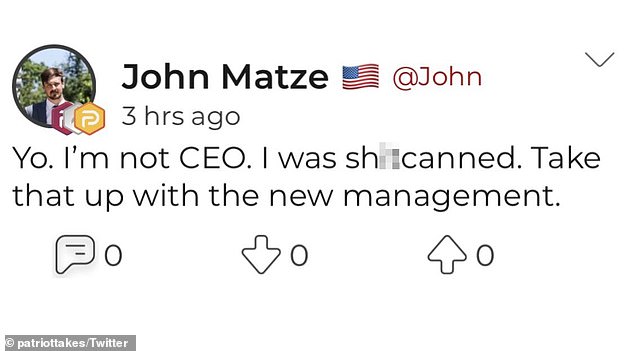 Matze posted on the site that he had been ‘s**tcanned’ on Monday, days before he lost access to his account

Earlier this month, Matze was fired from his job by cofounder and majority shareholder Rebekah Mercer.

Parler said in an emailed statement on Monday that it would be led by an interim CEO, Mark Meckler of the Tea Party Patriots movement.

BuzzFeed News received a message that the account had been ‘blocked’ when trying to message Matze’s account.

‘I know it’s a ban because I know how the architecture works. I can’t log in anymore,’ Matze told BuzzFeed News over text.

Parler unblocked Matze’s account when the news outlet contacted a company spokesperson to comment on the situation, according to the outlet.

Matze shared screenshots on a Telegram channel showed that his account had been made ‘private’ on Friday.

Before his alleged temporary ban Matze asked his 722,000 followers for their thoughts Parler’s ‘fair market value.’

Earlier this week, Matze posted on Parler asking followers to join him on Telegram, a popular messaging app.

Matze also made comments praising his former colleagues for ‘doing a great job’ in getting Parler back online, telling them to ‘keep killing,’ BuzzFeed reported.

Parler announced in a statement on Monday that it would officially relaunch a month after it was shut down in the wake of the January 6 Capitol riots.

‘Parler, the world’s #1 free speech social media platform with over 20 million users, is announcing its official relaunch today, built on sustainable, independent technology and not reliant on so-called “Big Tech” for its operations,’ the statement read. ‘Parler’s relaunch – open to Americans of all viewpoints – is available immediately.’ 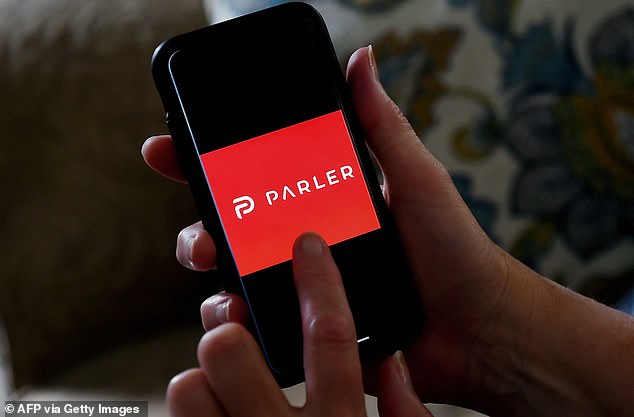 Parler’s existing users were able to log back in to the app and the desktop site on Monday, but some reported issues with connectivity. New users will be available to sign up beginning next week, the company said.

Parler did not disclose where its relaunched site is being hosted after Amazon kicked it off of its web-hosting service on January 11, effectively wiping it off the internet.

Apple, Amazon and Google each banned Parler from their app stores days after the Capitol siege due to a failure to moderate ‘egregious content’ posted by users in connection with the violence.