Novak Djokovic’s major sponsor Head have admitted they ‘got ahead of themselves’ after declaring the Serbian this year’s Australian Open champion even before he took to the court for the tournament final.

Head, a sports equipment company, had posted on their website over the weekend a photo of Djokovic accompanied by a message which read: ‘Congratulations Novak… record-breaking 9 time Australian Open champion’.

But the company was quickly forced to back down after a screenshot of the message was posted on Twitter and quickly went viral.

‘Oops – we got ahead of ourselves!,’ Head said in a follow-up post. ‘What we meant to say is … Good luck Novak in the 2021 Australian Open Final.’ 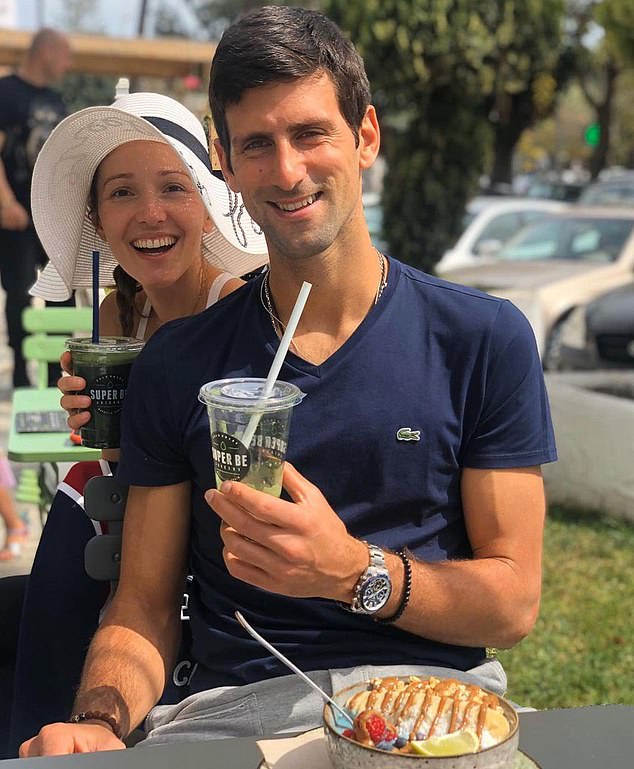 Sports equipment company Head, a major sponsor of Novak Djokovic (pictured), was forced to back down after declaring the Serbian this year’s Australian open winner before the final was played

Djokovic is taking on Daniil Medvedev in the Australian Opens final after beating Karatsev in straight sets.

Djokovic was in fighting mood when it was suggested that the new breed of top player, headed by Medvedev, Stefanos Tsitsipas and Alexander Zverev, might be younger, stronger and ready to take over from him, Rafael Nadal and Roger Federer.

‘I’m going to make them work their ass off for it,’ warned 33-year-old Djokovic with a heard-it-all-before smile during an interview with three-time Open champion Mats Wilander on Eurosport.

After the Medvedev outplayed Tsitsipas 6-4 6-2 7-5 in Friday night’s semi-final in a manner that suggested he could be ready to graduate to his maiden grand slam triumph, the vanquished Greek shrugged that he wouldn’t be surprised if the 25-year-old Russian won Sunday’s final.

‘Don’t know … Might be Medvedev. Would be good for him, good for tennis,’ said Tsitsipas.

‘I mean, see Rafa, Novak, Roger in the grand slam victories, so spice it up a little bit, change the name list. Wouldn’t be bad.’ 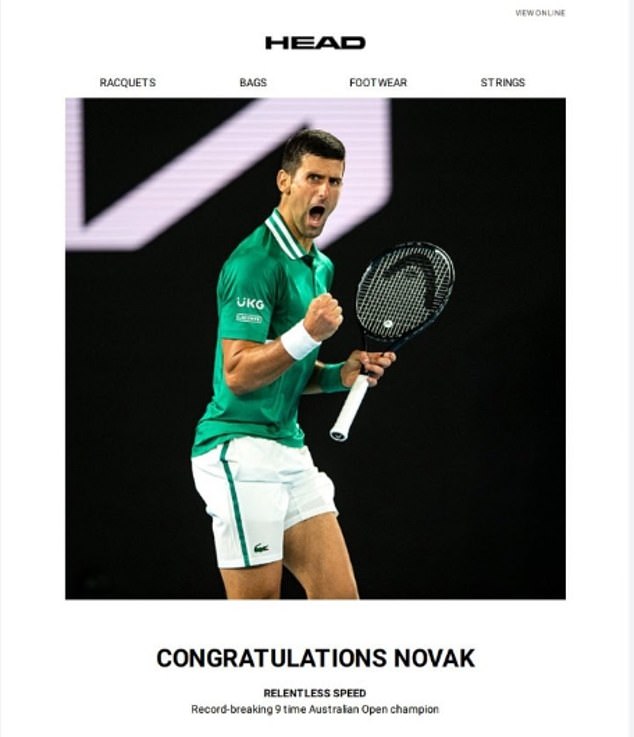 But when asked earlier about the prospect of such a changing of the guard, Djokovic, who along with Nadal and Federer has won 14 of the last 15 slams, proved illuminating in conversation with Wilander.

‘In my time, we had (Andre) Agassi, (Jim) Courier and (Pete) Sampras pushing from behind and I said, ‘okay, that’s it, I’m done, can’t play with these guys.’,’ the Swede had told Djokovic.

‘But for you, Roger and Rafa, these (newer) guys – Medvedev, Zverev, Tsitsipas – they’re bigger than you, taller than you, they might be even stronger than you. Tennis-wise you’re better than them, but physically are you feeling the pressure from them?’

To which Djokovic responded: ‘The pressure’s always there, it’s part of what we do.

‘There’s been a lot of talk about the new generation’s coming and taking over from the three of us but, realistically, this hasn’t happened still.

‘We can talk about it all day if you want but, with all my respect about the other guys, they still have a lot of work do.

‘I’m not going to stand here and hand it over to them, Mats, you know that very well. I’m going to make them work their ass off for it!’

Djokovic, looking refreshed after his previous night’s win over Aslan Karatsev, reckoned that he felt in great shape for Sunday’s final after a ‘rollercoaster ride’ in Melbourne, featuring a tough draw, an abdominal injury and days without training.

‘I was tested on many levels in the last week or so but I think, all in all, I’m in a very good position and situation,’ he said.

‘The way I’ve been playing and feeing is very encouraging going into the final,’ added Djokovic, who has won four and lost three of his meetings with Medvedev.